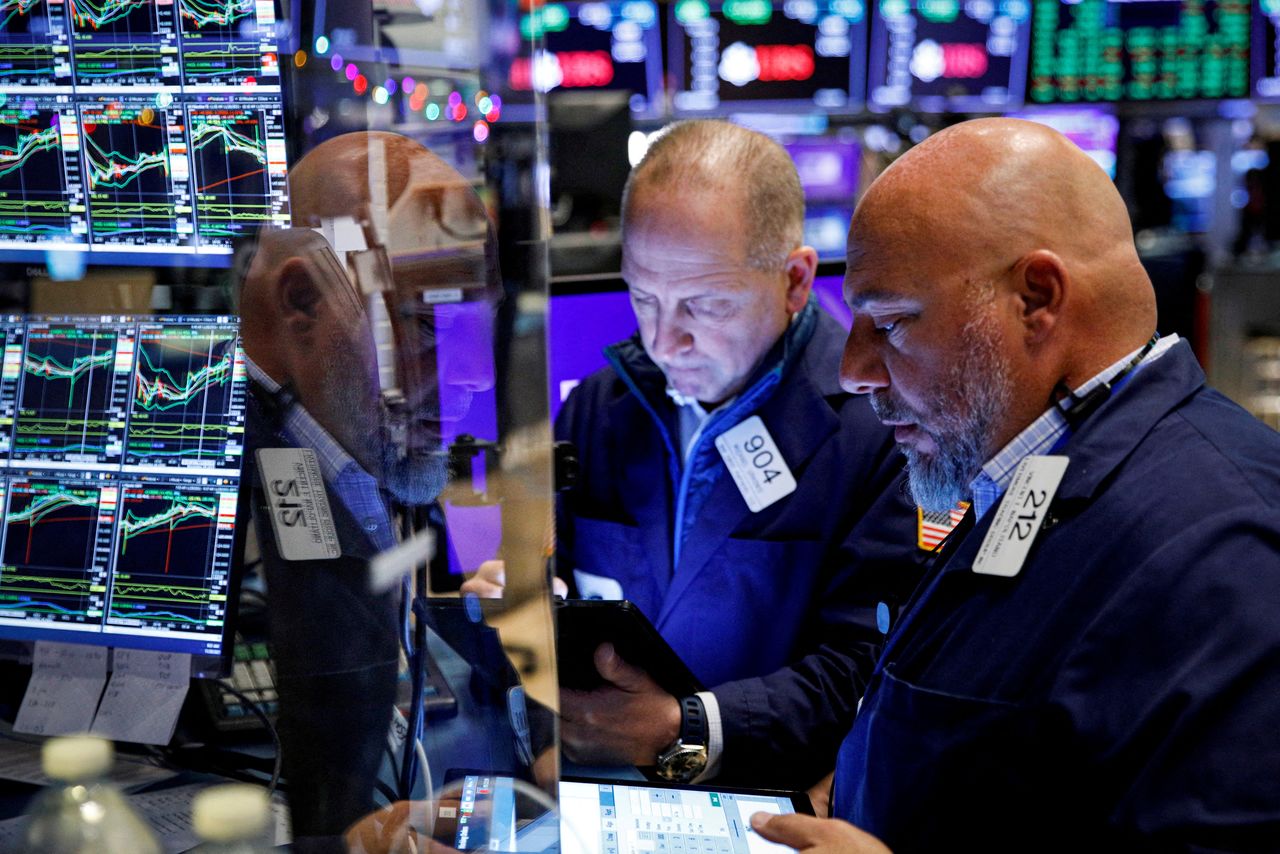 BOSTON (Reuters) -U.S. stocks slid and Treasury yields jumped on Wednesday after meeting minutes released by the Federal Reserve indicated that it might not only raise interest rates sooner than expected but could also reduce its overall asset holdings to tame high inflation.

The Fed minutes from December, released on Wednesday, offered more details on the Fed's shift last month toward a more hawkish monetary policy. Policymakers agreed to hasten the end of their pandemic-era program of bond purchases, and issued forecasts anticipating three quarter-percentage-point rate increases during 2022.

U.S. 2-year and 5-year yields, which mirror rate hike expectations, climbed to their highest since March and February 2020, respectively. The benchmark U.S. 10-year yield rose to its strongest level since April 2021, at around 1.7%, while 30-year yields climbed to more than two-month peaks.

One positive economic indicator on Wednesday was the ADP National Employment report, which showed private payrolls increased by 807,000 jobs last month, more than double what economists polled by Reuters had forecast.

"We remain moderately constructive on the broader market outlook, while acknowledging valuation headwinds as the Fed moves down a more hawkish path," the Citi analysts wrote before the Fed minutes were released.

Citi's target was toward the higher end of other banks, with Morgan Stanley at 4,400 and Goldman Sachs also at 5,100.

The dollar fell on Wednesday but pared losses to a 0.091% dip after the Fed minutes were released.

Goldman Sachs said in a research note on Tuesday that bitcoin would likely take market share away from gold as a "store of value" as digital assets become more widely adopted and that its price could hit $100,000 in five years.