BOJ may revise up next fiscal year's inflation forecast - sources 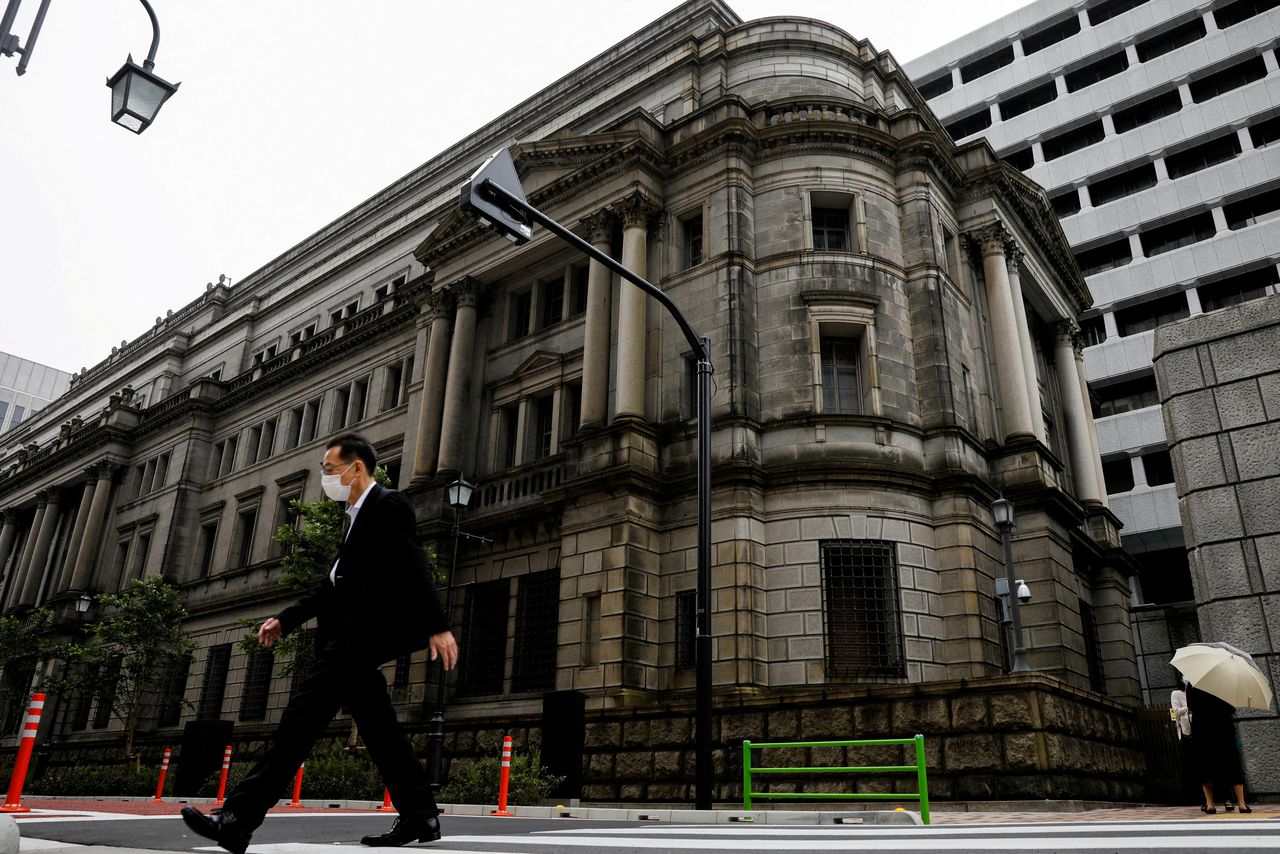 TOKYO (Reuters) -The Bank of Japan is expected to slightly revise up its inflation forecast for the fiscal year beginning in April on rising energy costs, though the new projection will still be below its 2% target, sources said.

With price hikes broadening due to rising fuel and raw material costs, the board is likely to project inflation will exceed 1% in the next fiscal year, said five sources familiar with the BOJ's thinking.

That is up from the latest forecast made in October of core consumer inflation accelerating to 0.9% in fiscal 2022 after posting flat growth in the current fiscal ending in March.

"While energy costs are the key drivers of rising inflation, there are signs more companies are starting to raise prices," one of the sources said. The sources spoke on the condition of anonymity as they are not authorised to speak publicly.

Any such upward revision, however, likely will not prod the BOJ to whittle down its massive stimulus as inflation will remain distant from its target, the sources said.

The BOJ will produce the new quarterly projections at its next policy meeting on Jan. 17-18.

Easing supply constraints and an expected boost from the government's stimulus package may also lead to an upgrade in the BOJ's growth projection for next fiscal year, the sources said.

The nine-member board now expects the economy to grow by 2.9% next fiscal year after this year's 3.4% expansion.

Japan has not been immune to the impact of global commodity inflation, with wholesale prices rising a record 9.0% in November from a year earlier.

Soft wage growth and consumption have kept firms from passing on rising costs to households, keeping core consumer inflation at just 0.5% in November.

Some analysts expect core consumer inflation to exceed 1.5% around April, as the drag from last year's cellphone fee cuts taper off and past rises in oil costs push up electricity bills.

Many BOJ policymakers view any such rise in inflation as unsustainable unless accompanied by steady wage gains, pointing to Japan's sticky deflationary sentiment.

But some board members have pointed to rising price pressures and changes in companies' price-setting behaviour, with one calling for a review to the BOJ's current assessment that risks to prices are skewed to the downside.