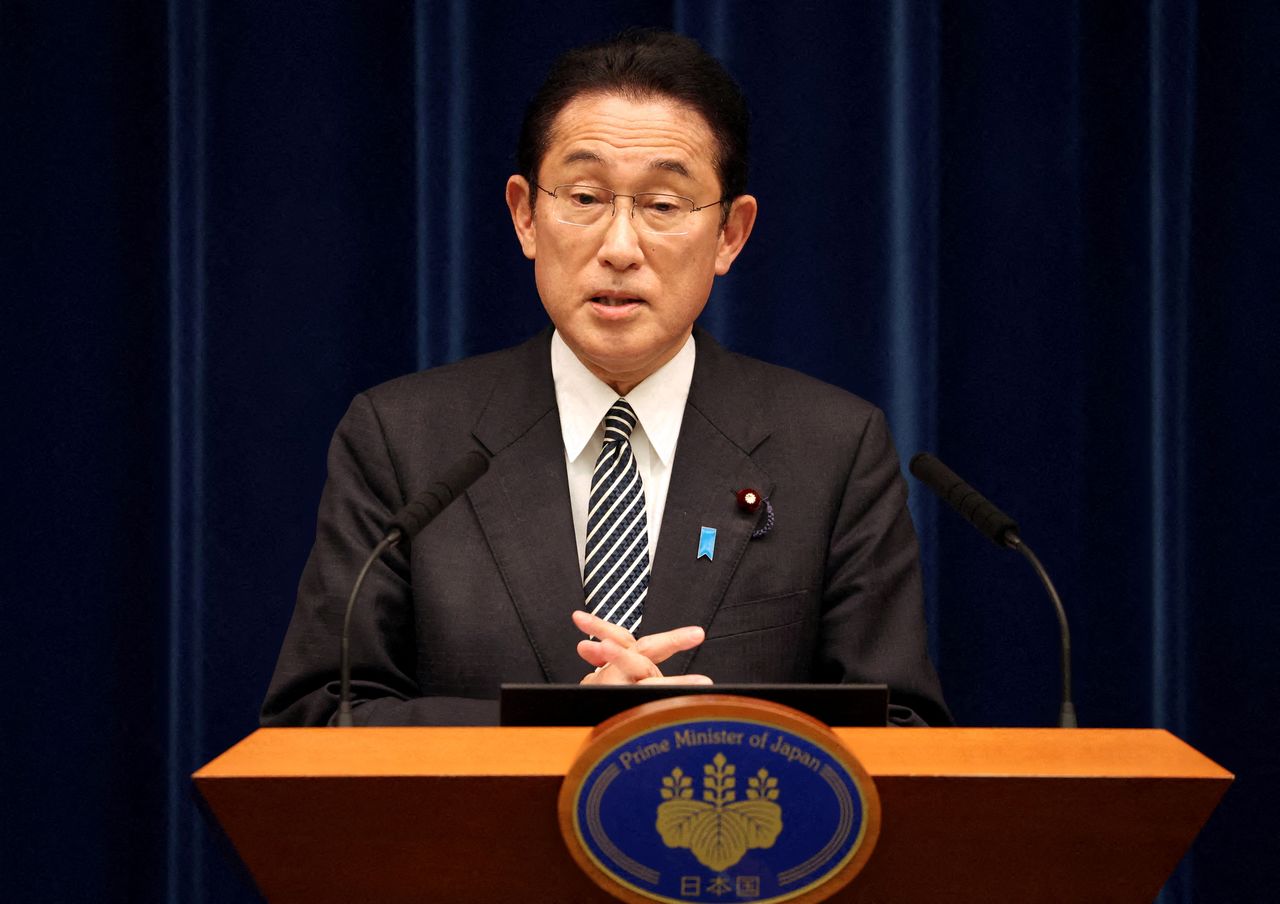 TOKYO (Reuters) - Japanese Prime Minister Fumio Kishida on Wednesday called on business lobbies and unions to work together to "boldly reverse" a downtrend in workers' wages as the government seeks to achieve what it has called an era of "new capitalism".

Japanese firms, long worried about losing customers and market share as the country grappled with deflation, have been wary about raising wages over the years. Instead, many have resorted to belt-tightening to cut costs, leaving employees with flat pay for decades.

Since he was elected in October, Kishida has urged Japanese firms, whose profits have recovered to pre-pandemic levels, to raise wages by 3% or more, aiming to achieve a cycle of growth and wealth distribution.

"We will squarely deal with wealth distribution towards the middle class. We will generate a virtuous cycle by distributing the fruit of growth, leading to the next growth," Kishida told a New Year gathering of Rengo, the country's main labour confederation.

"At the upcoming spring labour negotiations, I expect wage hikes suitable for an era of new capitalism to materialise."

Kishida said raising wages was "extremely important" as a strong recovery from the COVID-19 pandemic would require wealth distribution to the middle class, according to the news agency.

"Now is the time to shift the phase away from the contractionary cycle caused by deflation towards a virtuous cycle of growth and wealth distribution," Kishida was quoted as saying.

The government for its part has stepped up support by offering tax breaks in an economic package rolled out in November to prod companies to raise wages.

Still, a hefty wage hike is seen as a tall order given that even top Japanese firms and their labour unions have agreed on annual wage hikes of just around 2% in recent years. Last year, leading Japanese firms offered the lowest wage increase in eight years as the pandemic hurt corporate profits.