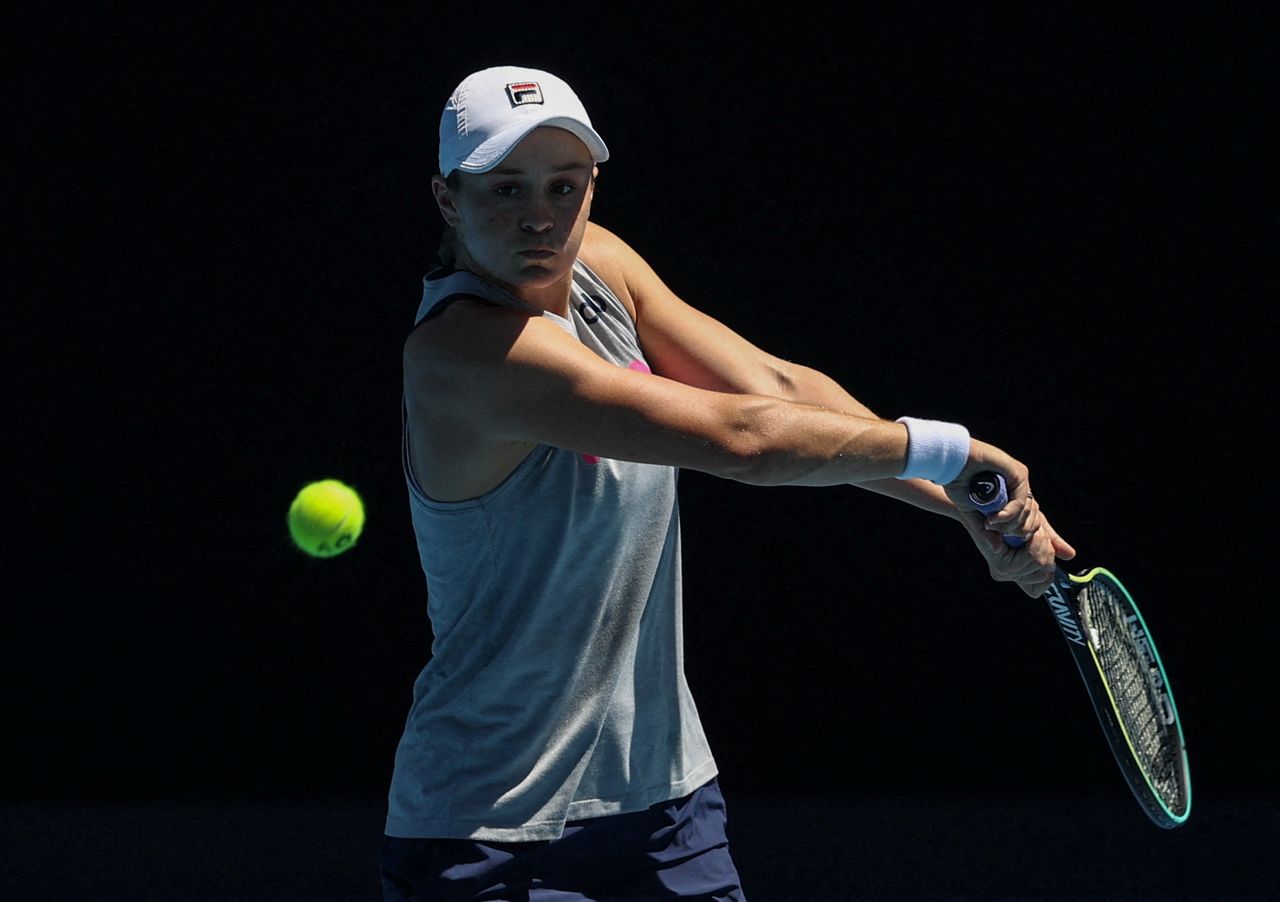 World No. 1 Ashleigh Barty of Australia kicked off her 2022 season with a 4-6, 7-5, 6-1 victory over American Coco Gauff at the Adelaide International on Wednesday.

The top-seeded Barty, 25, had not played the since the U.S. Open in early September.

The two-time Grand Slam winner lost in the second round here in 2021 to American Danielle Collins. Adelaide is a warm-up for the Australian Open, which begins on Jan. 17.

The 17-year-old Gauff defeated an injured Barty in their only previous meeting in Rome last year.

"This old body might be a little sore tomorrow I think," Barty said after the match Wednesday. "It's great to come out here and I think I played a pretty good quality match considering it was the first match in a few months. Coco played great, she forced me to hit a lot of balls tonight and I feel like I got better and better as the match went on."

No. 2 seed Simona Halep of Romania got off to a good start, defeating Destanee Aiava of Australia 6-4, 6-2 in her opening match in Melbourne.

No. 3 Veronika Kudermetova of Russia had a much more difficult time advancing, pushed to the limits by Slovakia's Viktoria Kuzmova 7-6 (4), 7-6 (6) in their first-round match.

Another American, Madison Keys, also was victorious, a 6-3, 7-6 (2) winner over Harriet Dart of Great Britain.

In other action, No. 3 seed Daria Kasatkina advanced over fellow Russian Anna Kalinskaya 6-1, 3-0 in a walkover. Kamilla Rakhimova of Russia defeated Greet Minnen of Belgium 7-5, 7-5, and Aliaksandra Sasnovich of Belarus topped Xinyu Wang of China 6-4, 6-2.