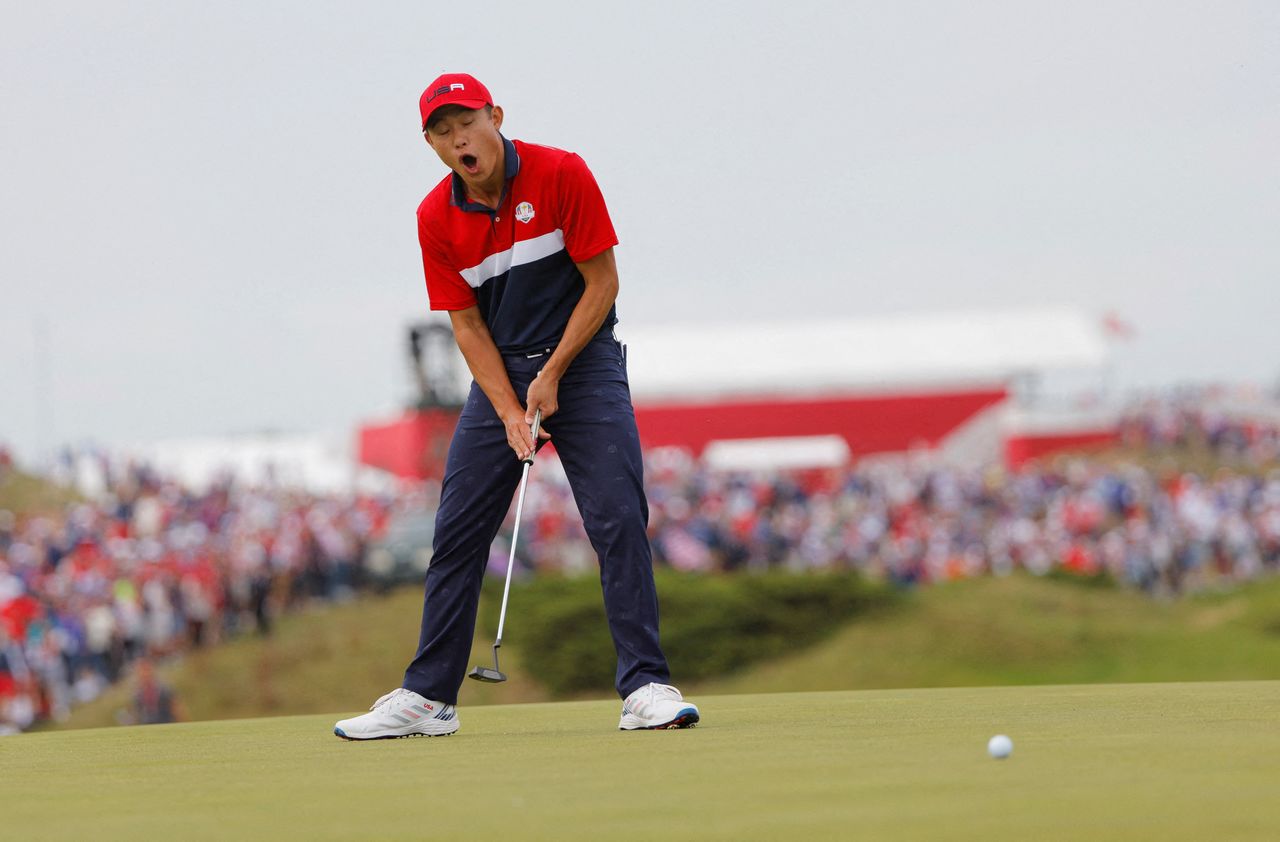 (Reuters) - Collin Morikawa is already among the game's elite but the reigning British Open champion is far from complacent as he gets ready for his latest push to become the world's number one ranked golfer.

There are several scenarios at this week's Sentry Tournament of Champions in Hawaii in which world number two Morikawa can supplant Spaniard Jon Rahm atop the rankings and accomplishing the feat is only part of his goal.

"It's been a dream my entire life to get to number one in the world, but it's not just about getting to number one it's about sustaining that," Morikawa said during a news conference from the Plantation Course at Kapalua.

"Having the opportunity to, obviously having an opportunity here, it's all in my control, all I can do is try and win the tournament and that's all I'm going to focus on."

Morikawa has competed in two official PGA Tour events this season, both last October where he finished runner-up at the CJ Cup @ Summit in Las Vegas and in a share of seventh at the ZOZO Championship in Japan the following week.

Morikawa turned professional in 2019 and quickly served notice at the following year's PGA Championship where he used a stunning late eagle to pull away from a jam-packed leaderboard and secure victory in only the second major start of his career.

In 2021 Morikawa won the World Golf Championships-Workday Championship at The Concession and the British Open, went undefeated for the victorious U.S. side at the Ryder Cup and become the first American to finish a season as the European Tour's number one player.

Morikawa, who turns 25 on Feb. 6, already had a glorious chance to earn the top ranking last month but squandered a five-shot lead in the final round of the Hero World Challenge.

Should he reach his goal over the coming weeks he would join Tiger Woods, Rory McIlroy and Jordan Spieth as the only players to reach world number one before turning 25. The Official World Ranking was founded in 1986.

"It's a huge goal, it always has been and it means something that when you do get there it means you're doing something right or at least a good amount of things right," said Morikawa.

"It's just about continuing that process and it's not like that's a peak just, I get to number one and I can go retire and relax on the beach, like there are still so much things that I'm going to keep pushing myself when that, if or when that does happen."