TOKYO (Reuters) - The second-largest investor in Japan's Toshiba Corp on Thursday called for an extraordinary general meeting, seeking to force the company to win two-thirds support for a three-way breakup plan that has angered some major overseas shareholders.

The proposal by Singapore-based hedge fund 3D Investment Partners marks the latest in a long and acrimonious battle between the once-mighty tech conglomerate and a number of its foreign shareholders, many of them activist funds.

Toshiba is now about 30%-owned by foreign hedge funds, many of which doubt whether management's plan to split the company into three businesses - one each for energy/infrastructure, electronic devices and flash memory chips - can maximise shareholder value.

The break-up plan was announced last November after a five-month strategic review following years of accounting scandals and governance issues that undermined investor confidence and saw Toshiba's market value more than halved, to around $18 billion, from an early 2000s peak.

If 3D's proposal for the meeting were to be accepted, it would trigger a vote that could ultimately scupper the break-up plan, a strategy that carries echoes of a similar move announced last year by General Electric Co.

3D owns more than 7% of Toshiba, a stake worth well over a billion dollars. In a statement, it highlighted concerns about the cost of going ahead with the split before getting a mandate from shareholders, and called for Toshiba to resume its strategic review.

"There is no rationale for pursuing at great expense the separation plan without knowing whether a sufficient number of Toshiba shareholders will ultimately provide consent," the fund said. Toshiba has previously said the plan will cost 10 billion yen ($86 million) to implement.

In a twist, 3D said that if an extraordinary general meeting were to be approved, it would actually vote against its own proposal that Toshiba's statutes of incorporation should be changed to mandate the implementation of the break-up plan.

Instead, 3D said, the company should not pursue the plan "without first further exploring other alternatives thoroughly".

With its proposals, 3D is effectively trying to force the conglomerate to bring forward by more than a year a vote requiring backing from two-thirds of shareholders that is required under Japanese law. Officially, the vote is not slated to be held until the annual general shareholder meeting in 2023.

Toshiba said on Thursday it is carefully considering its response as 3D's proposal "contains unusual content," with the fund making a demand while expressing its intent to vote against it.

Shares in Toshiba closed down 0.9% on Thursday, compared with a 2.9% decline in the overall Tokyo market.

Weakened by a 2015 accounting scandal and the bankruptcy of its U.S. nuclear business, Toshiba has proposed the break-up to sharpen its focus on individual businesses.

But 3D and other shareholders have pushed for a more thorough review that would take into account potential private-equity bids.

The company itself is preparing to hold an extraordinary shareholder meeting in March to gauge shareholder support for the break-up plan, set to be completed by March 2024.

But details of the meeting are unclear, including the level of shareholder support it will require to continue with the plan.

One alternative to seeking a direct vote on support for the breakup plan that has been floated among Toshiba's board is asking shareholders at the extraordinary meeting to instead vote on the reappointment of its board directors, people familiar with the matter have said. 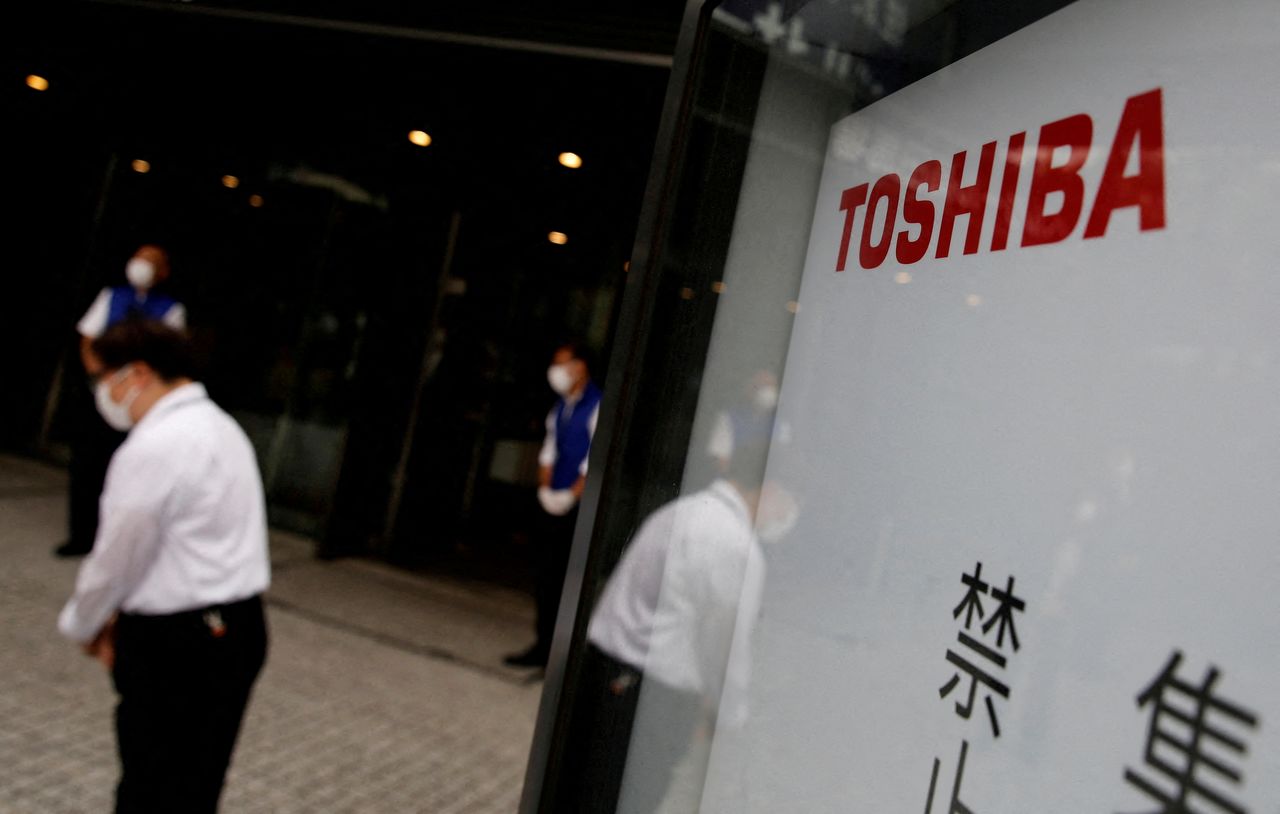 FILE PHOTO: A staff member bows to a shareholder (not in picture) arriving a venue of Toshiba Corp's annual general meeting with its shareholders in Tokyo, Japan, June 25, 2021. REUTERS/Kim Kyung-Hoon/File Photo 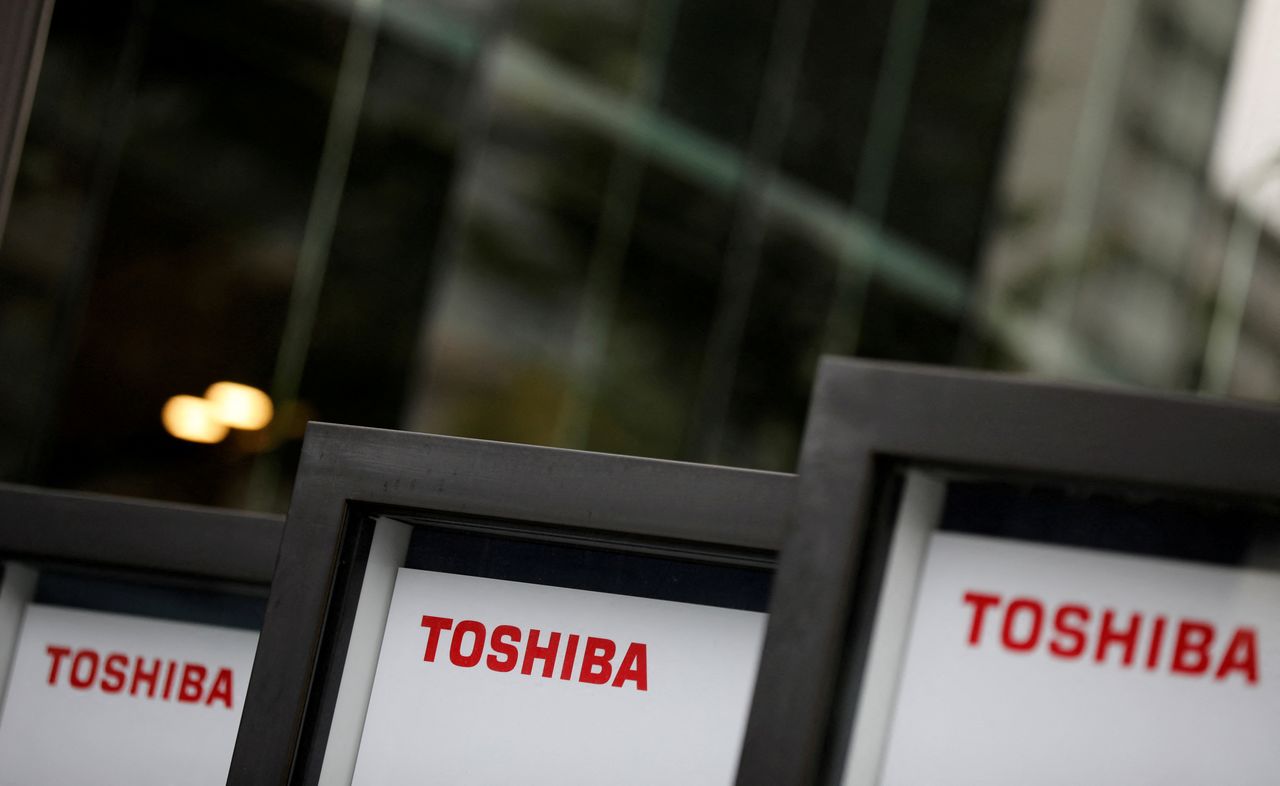 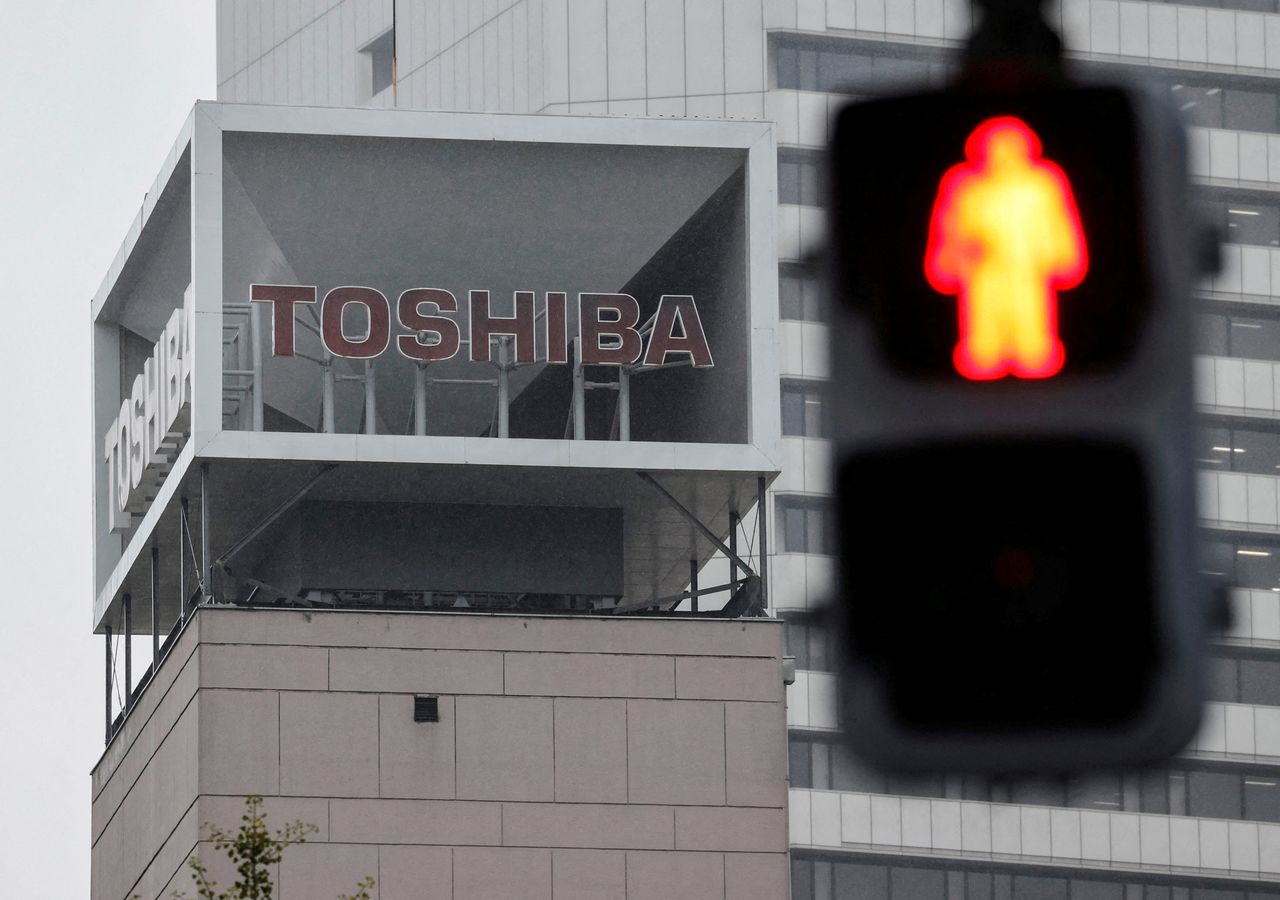 FILE PHOTO: The logo of Toshiba Corp is seen next to a traffic signal in Tokyo, Japan November 9, 2021. REUTERS/Issei Kato/File Photo