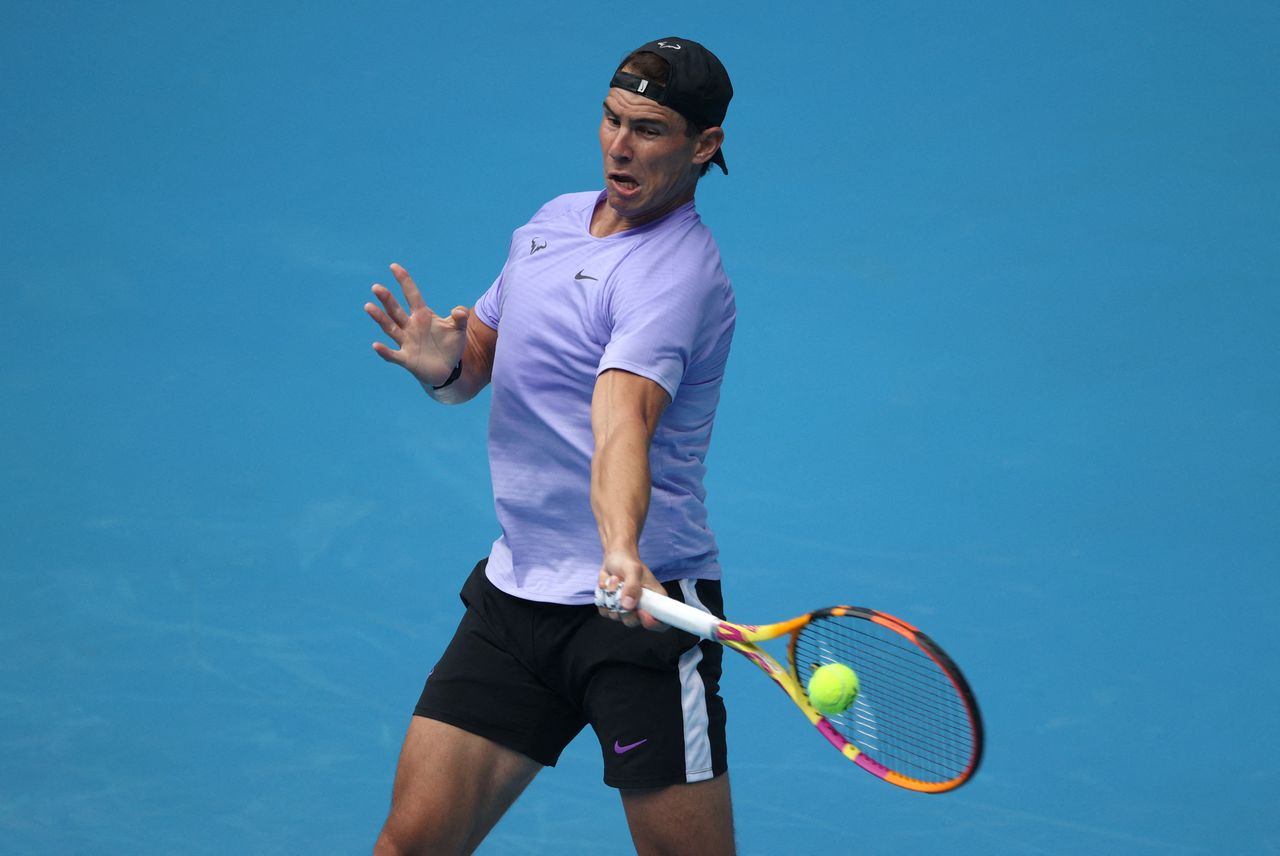 MELBOURNE (Reuters) -Rafa Nadal stepped up his preparations for this month's Australian Open on Thursday with a 6-2 7-5 win over Lithuanian qualifier Ricardas Berankis in the second round of the Melbourne Summer Set ATP 250 tournament.

Playing in his first competitive singles match on the ATP Tour since Aug. 5, the 20-times Grand Slam champion showed no sign of rust early on at Rod Laver Arena as he broke for a 3-1 lead in the opening set with a blistering forehand.

The world number six, who brought a premature end to his 2021 season with a left foot injury, moved with ease on court as he wrapped up the first set in 31 minutes.

He was not quite so fluid in the second set, however, with the players trading early breaks.

Nadal went ahead 5-2 but Berankis clawed his way back into the contest to level at 5-5 before the Spaniard switched gears again to secure victory.

"I'm super happy to be back playing competitively and it's difficult to imagine a better place than Australia to return," said Nadal.

"It's only my first match after a while and I've been going through difficult moments in the last year-and-a-half. But in general terms I'm happy and it's important to start with a win."

Nadal, who pulled out of Wimbledon, the Tokyo Olympics and the U.S. Open in 2021, only returned to action last month in an Abu Dhabi exhibition tournament where he lost to Andy Murray.

The 35-year-old Nadal, who tested positive for COVID-19 last month, partnered Jaume Munar to victory in doubles this week but the pair pulled out of Thursday's meeting with Andrey Golubev and Franko Skugor.

Up next for Nadal in the singles quarter-final is Dutchman Tallon Griekspoor or Australian Alexei Popyrin.

Japanese top seed Naomi Osaka powered past Maryna Zanevska of Belgium 6-1 6-1 in only her second match on the WTA Tour in four months.

The world number 13 won 90% of her first serve points and did not face a breakpoint in a dominant display to set up a quarter-final clash with German Andrea Petkovic.