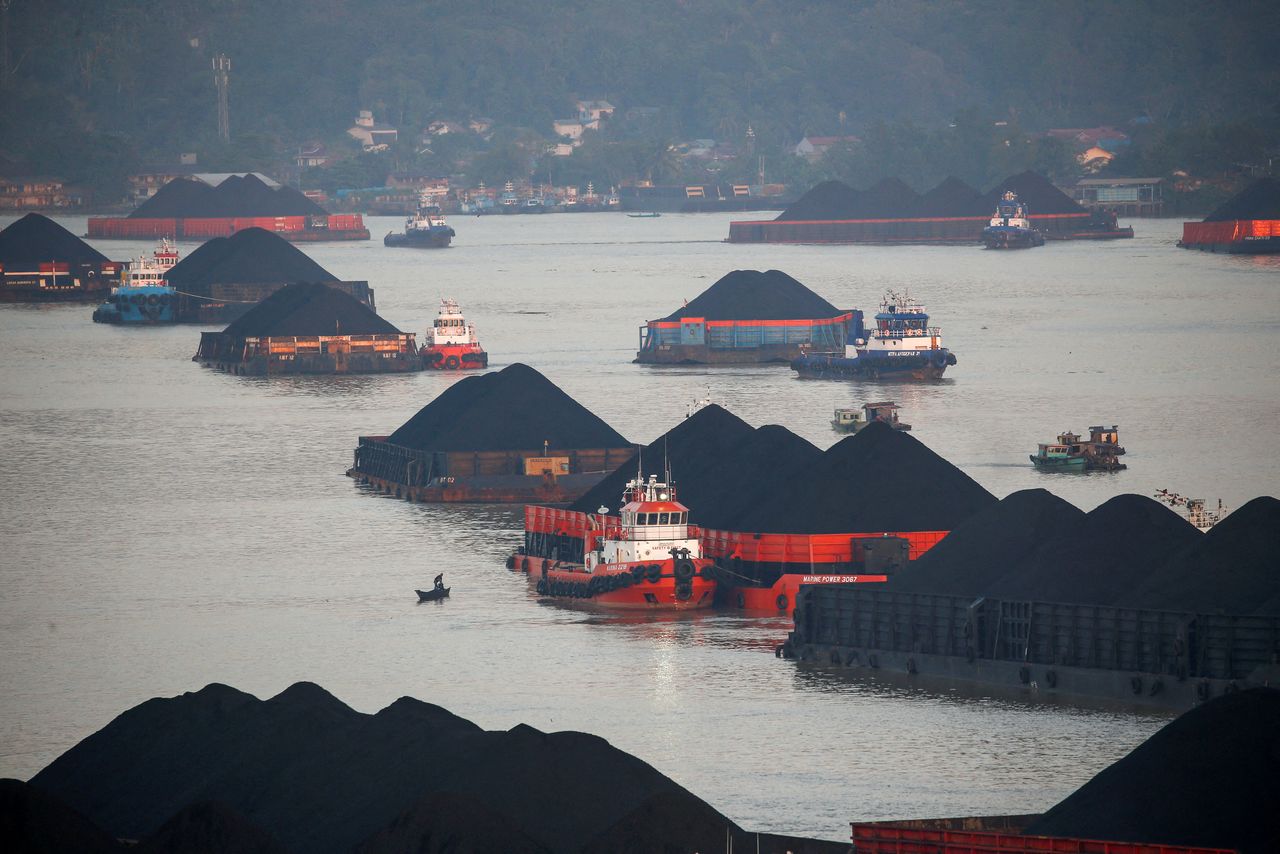 JAKARTA (Reuters) - Major Indonesian coal miners have sought exemptions from a coal export ban put in place at the start of the year as the costs of having scores of ships stranded offshore continue to mount.

The world's biggest thermal coal exporter implemented the ban to avoid domestic power outages, triggering concerns for its biggest customers, such as China and Japan, just as they head into the peak winter period for electricity demand.

The Indonesian government had pledged to start a review of the ban on Wednesday but talks were postponed and energy ministry officials on Thursday said it was unclear when they might decide to end the ban.

An official at the Indonesia Coal Miners Association on Thursday said that discussions were ongoing.

The ban has driven coal prices in China and Australia higher this week, while about 100 vessels slated to carry a total 5.9 million tonnes of coal exports have amassed off Kalimantan, home to Indonesia's main coal ports, Refinitiv data shows.

Bumi Resources, Indonesia's biggest coal miner, said in an exchange filing that while the company was still analysing the financial impact of the export ban, it may lead to demurrage and penalty charges from the delay of deliveries.

"The company hopes that the government will immediately lift the export ban imposed on companies who have fulfilled their domestic markets obligation," Bumi said.

Indonesian coal miners must sell 25% of their output to domestic power plants at a maximum price of $70 a tonne.

Adaro Minerals Indonesia, a unit of Indonesia's second-largest coal miner Adaro Energy, said in a statement that it had asked to export metallurgical coal, which is used to make steel rather than generate power.

Indika Energy said it would need to adjust its production levels lower should the ban continue.

Indonesia's rupiah has dropped by about 1% since the ban and has also been unsettled by a hawkish U.S. Federal Reserve.

Japan, which imports 2 million tonnes of Indonesian coal a month, asked in a letter to Indonesia's energy minister for the ban on high-caloric coal to be lifted and for authorities to give departure permits to five loaded vessels headed for Japan.

An Indian federal government official told Reuters his nation had not yet reached out to Indonesian authorities after receiving assurances that domestic coal supplies were sufficient.

"We are keeping a close watch. But right now we are in a comfortable position," the official said.