Japan's security role and Taiwan seen in focus at 'two-plus-two' talks with U.S

By Ju-min Park and David Brunnstrom

TOKYO/WASHINGTON (Reuters) - The question of Japan's security role at a time of rising tension over Taiwan is likely to figure prominently at a meeting on Friday between the foreign and defense ministers of Japan and the United States.

The so-called two-plus-two talks will take place a day after Japan signed a defense cooperation pact with Australia, and as concern about China's increased military and economic might looms large.

Tension over democratically ruled Taiwan has risen over the past two years as China steps up military and diplomatic pressure to assert its sovereignty over the island it claims as its "sacred" territory.

"The ministers are expected to talk about security cooperation in the region," a Japanese foreign ministry official told reporters ahead of the talks.

That would "certainly" include cooperation that both countries are pursuing with Australia and other partners.

U.S. State Department spokesman Ned Price told a regular news briefing on Thursday that the two sides would discuss ways "to strengthen and modernize our alliances to promote a free and open Indo-Pacific region and to address the COVID-19 pandemic, the climate crisis and other global challenges."

Japan's Kyodo news agency reported this month, citing unnamed Japanese government sources, that the Japanese and U.S. armed forces have drawn up a draft plan said for a joint operation in the event of an emergency over Taiwan, which China claims as its own and has vowed to retake by force if necessary.

Tokyo, like Washington, maintains a "one China" policy that officially recognizes Beijing, not Taipei, and Japan aims to balance its relationships with neighboring China and longtime military ally the United States.

China is Japan's top export destination, accounting for $141 billion in exports in 2020, according to IMF trade data.

Japan's relationship with Taiwan has nevertheless flourished in recent years on a largely nongovernmental basis, and there has been growing debate among politicians and security experts on whether it should get involved if China was ever to take military action against the island.

Former Japanese Prime Minister Shinzo Abe said last month Japan and the United States could not stand by if China attacked Taiwan, remarks that drew a rebuke from Beijing.

Kyodo said Friday's two-plus-two talks could see the allies agree to formalize their work on the Taiwan plan.

In October, Japan's government signaled a more assertive line https://www.reuters.com/world/asia-pacific/biden-promised-us-commitment-defending-senkaku-islands-japan-pm-kishida-2021-10-05 on Taiwan, suggesting it would consider options and prepare for "various scenarios."

However, experts do not expect any significant shift in Japan's posture anytime soon.

"The two-plus-two could be an opportunity to broadly speak about what Japan may be willing to do but that would never be acknowledged publicly if they did," said Jeffrey Hornung, a Japanese security policy expert at the Rand Corporation, noting that both sides might want to maintain so-called strategic ambiguity.

Daniel Russel, a former top U.S. diplomat for East Asia now with the Asia Society, said Japan had much to weigh up when it came to Taiwan.

"On the one hand, deterring Chinese aggression and defending against relentless incursions in Japanese-controlled waters is a high priority, as is standing alongside the United States and showing support for Taiwan's democracy," he said. 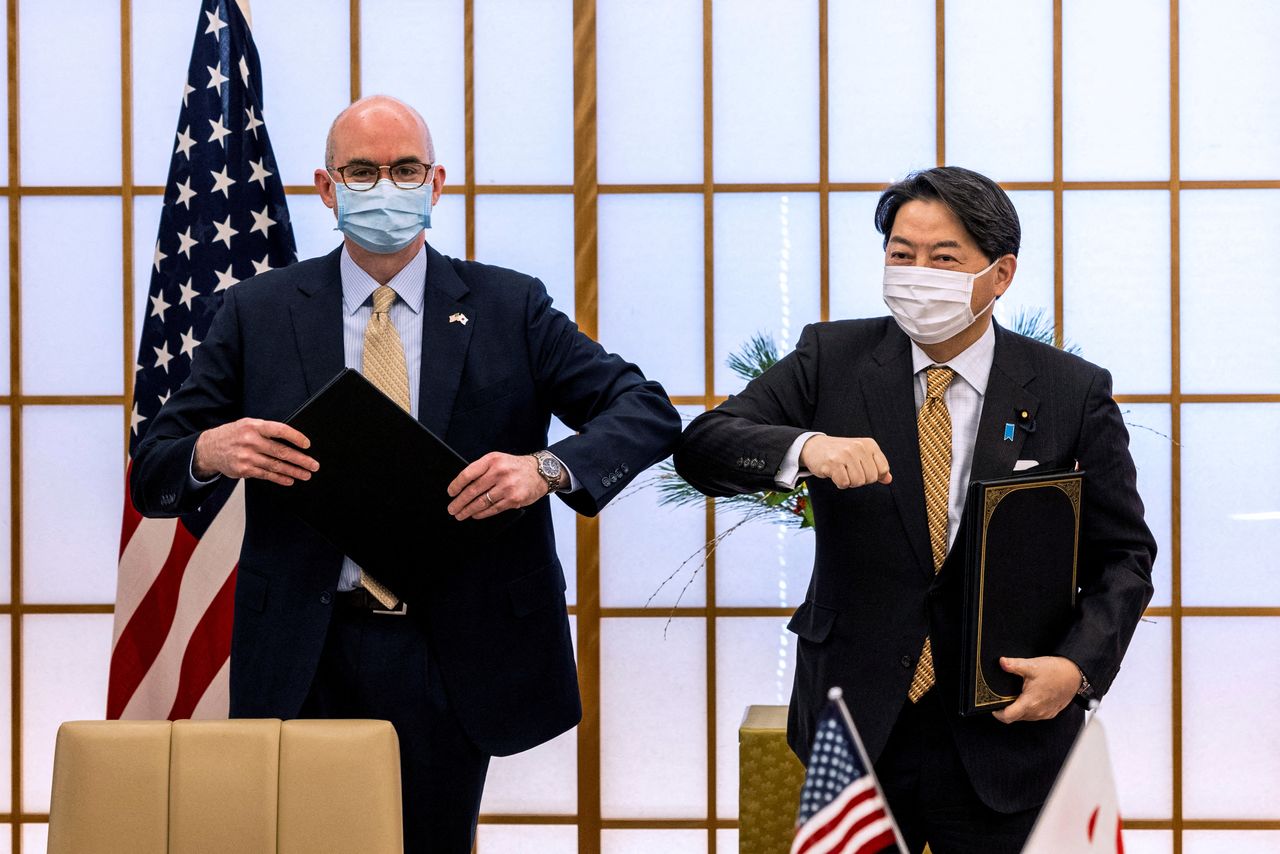 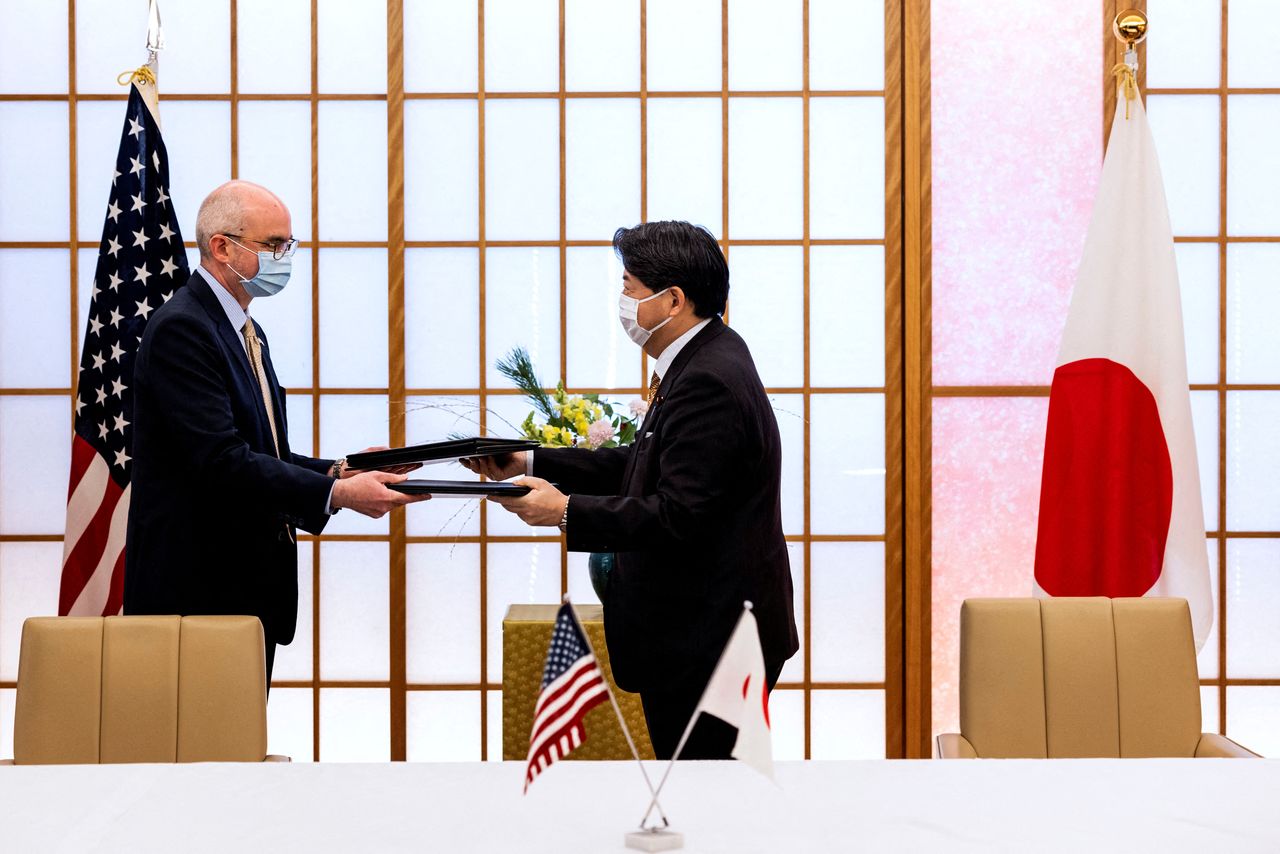 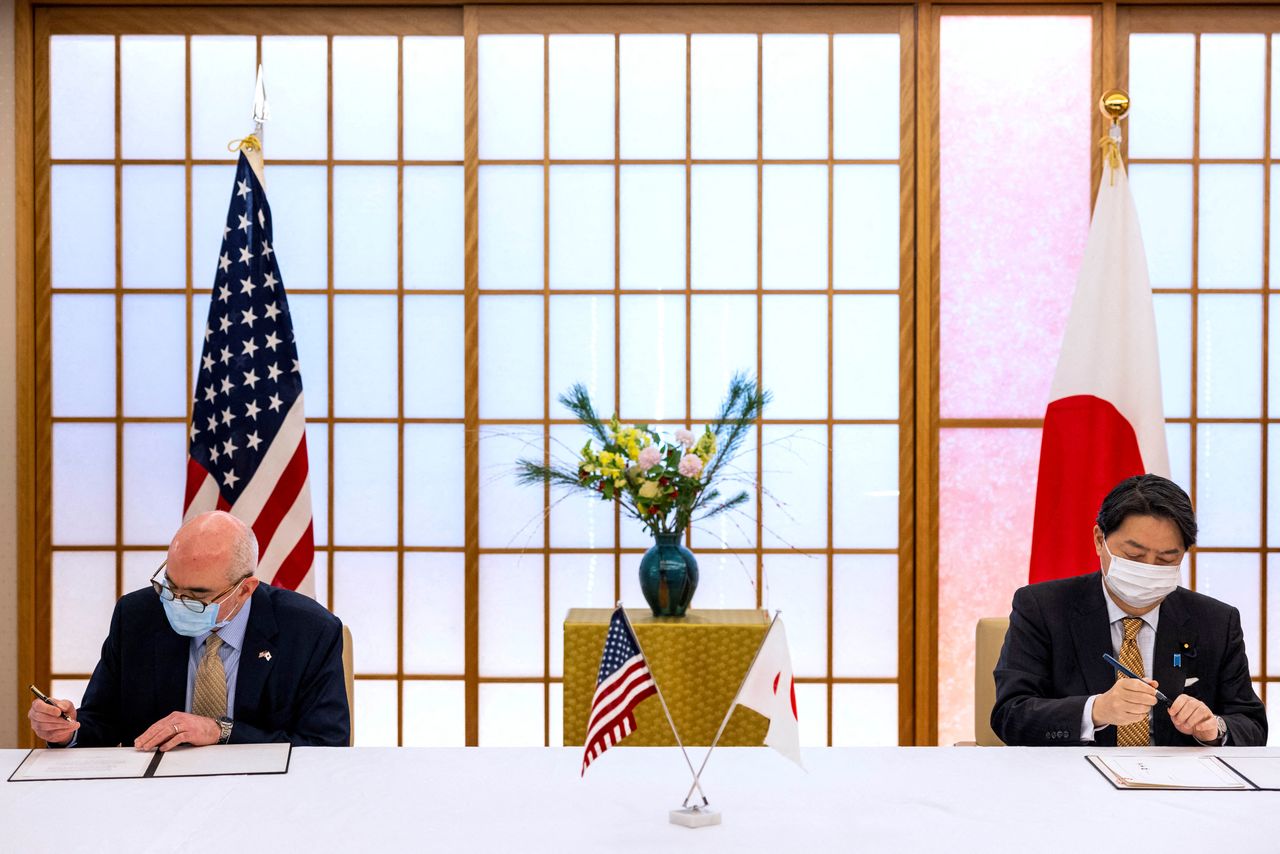