Indian megacities Delhi, Mumbai and Kolkata have experienced a surge in COVID-19 cases. So far, there has not been a corresponding rise in hospitalisations, but fears are growing about a spread to rural areas in the coming days.

India reported 90,928 new daily cases on Thursday, up nearly four-fold since the start of the year, mostly from cities where health officials say the Omicron variant has overtaken Delta. The bulk of those infected have shown no or only mild symptoms and have recovered quickly at home, officials said.

More than 85% of Indonesia's population has antibodies against COVID-19, a government-commissioned survey showed, but epidemiologists warned it was not clear whether this immunity could help contain a fresh wave of infections.

The survey, conducted between October and December by researchers at the University of Indonesia, found Indonesians had developed antibodies from a combination of COVID-19 infections and vaccinations.

More cities in central China's Henan province imposed restrictions as infections there rose sharply, while authorities in the northwestern city of Xian apologised on Thursday to a woman whose miscarriage during lockdown stirred public outrage.

In Xian, a city of 13 million that has been under lockdown for 15 days, limiting normal access to medical services and leading to complaints about food supplies, a health official apologised during a news briefing on Thursday to a woman who had lost her unborn baby after waiting outside a local hospital for two hours.

U.S. military bases in Japan introduced stricter COVID-19 measures on Thursday after the host government expressed grave concern about a surge in infections and called for restrictions on the movement of U.S. personnel.

Three prefectures that host U.S. bases have requested quasi-emergency measures as Japan faces what some are calling a sixth wave of infections, with cases in some places at their highest in months. One official has blamed U.S. military personnel for spreading the Omicron variant.

Africa's top public health official said on Thursday that severe lockdowns were no longer the best way to contain COVID-19, praising South Africa for its approach when responding to its latest infection wave driven by the Omicron variant.

"We are very encouraged with what we saw in South Africa during this period where they look at the data in terms of severity (of infections)," John Nkengasong, director of the Africa Centres for Disease Control and Prevention, told a news conference.

France's parliament on Thursday approved President Emmanuel Macron's plans for a vaccine pass to help curb the spread of the Omicron variant after a tumultuous debate whipped up by Macron's comments that he wanted to "piss off" the unvaccinated.

Macron told Le Parisien newspaper earlier this week that he wanted to make the lives of those refusing the COVID-19 vaccine so complicated by squeezing them out of public places that they would end up getting jabbed. 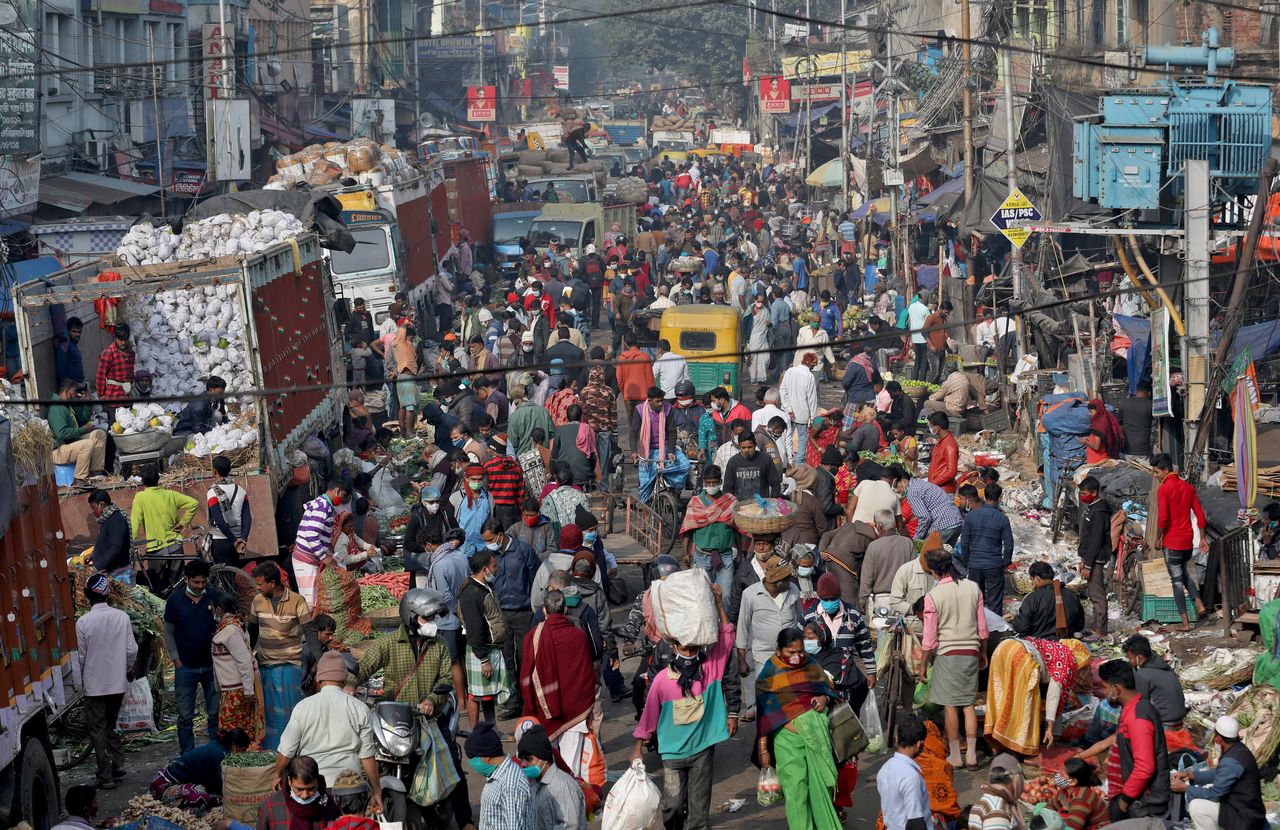 People shop in a crowded market amidst the spread of the coronavirus disease (COVID-19), in Kolkata, India, January 6, 2022. REUTERS/Rupak De Chowdhuri 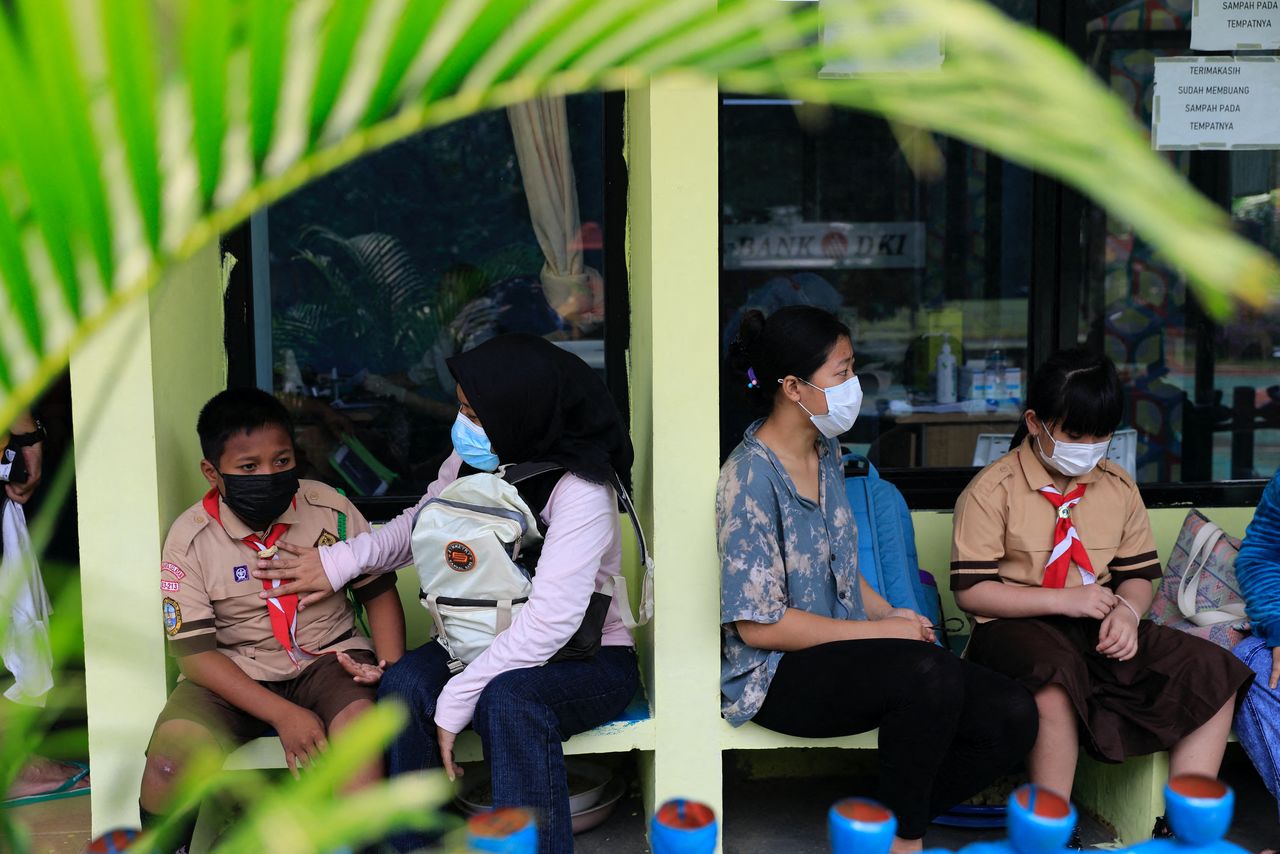 Children accompanied by their mothers wait for health screening before receiving a dose of China's Sinovac Biotech vaccine against the coronavirus disease (COVID-19) during a mass vaccination program for children aged 6-11 years, as the Omicron variant continues to spread, in Jakarta, Indonesia, January 5, 2022. REUTERS/Willy Kurniawan 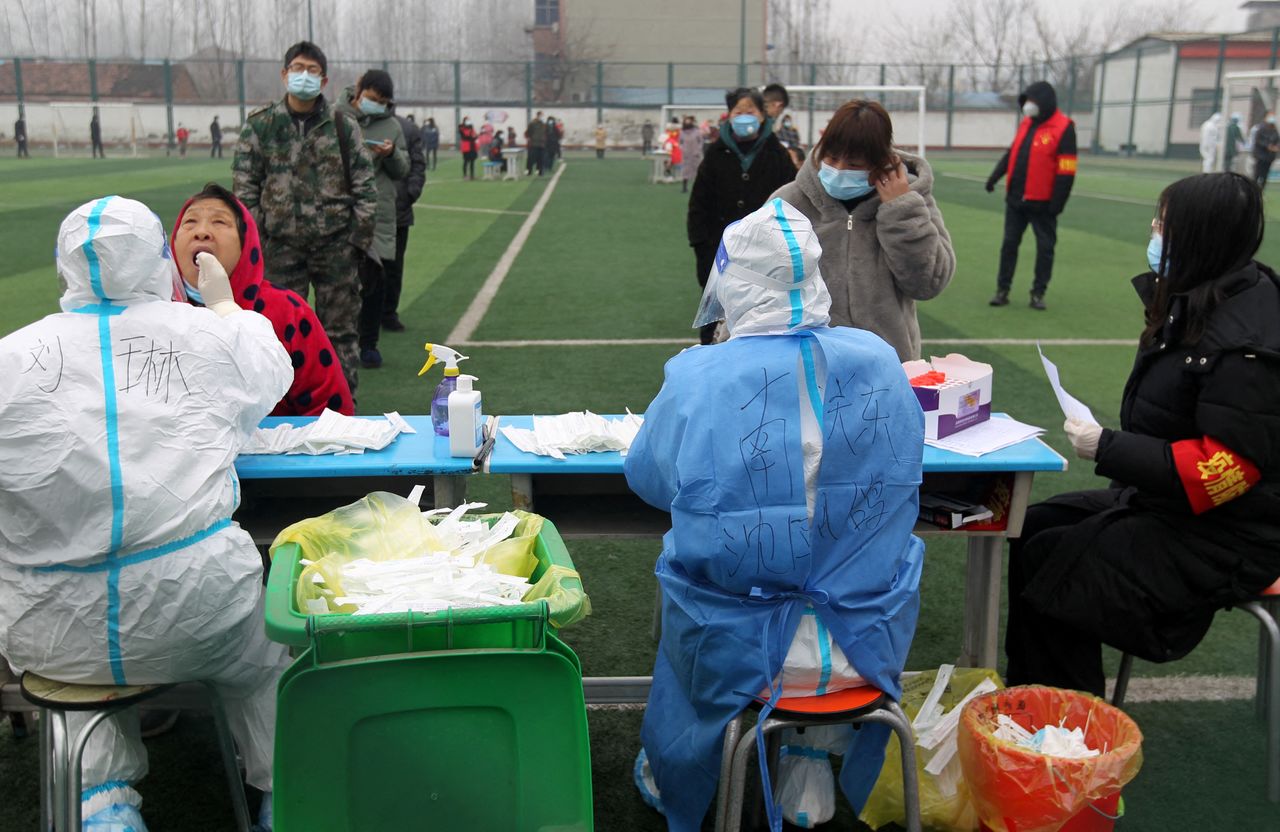 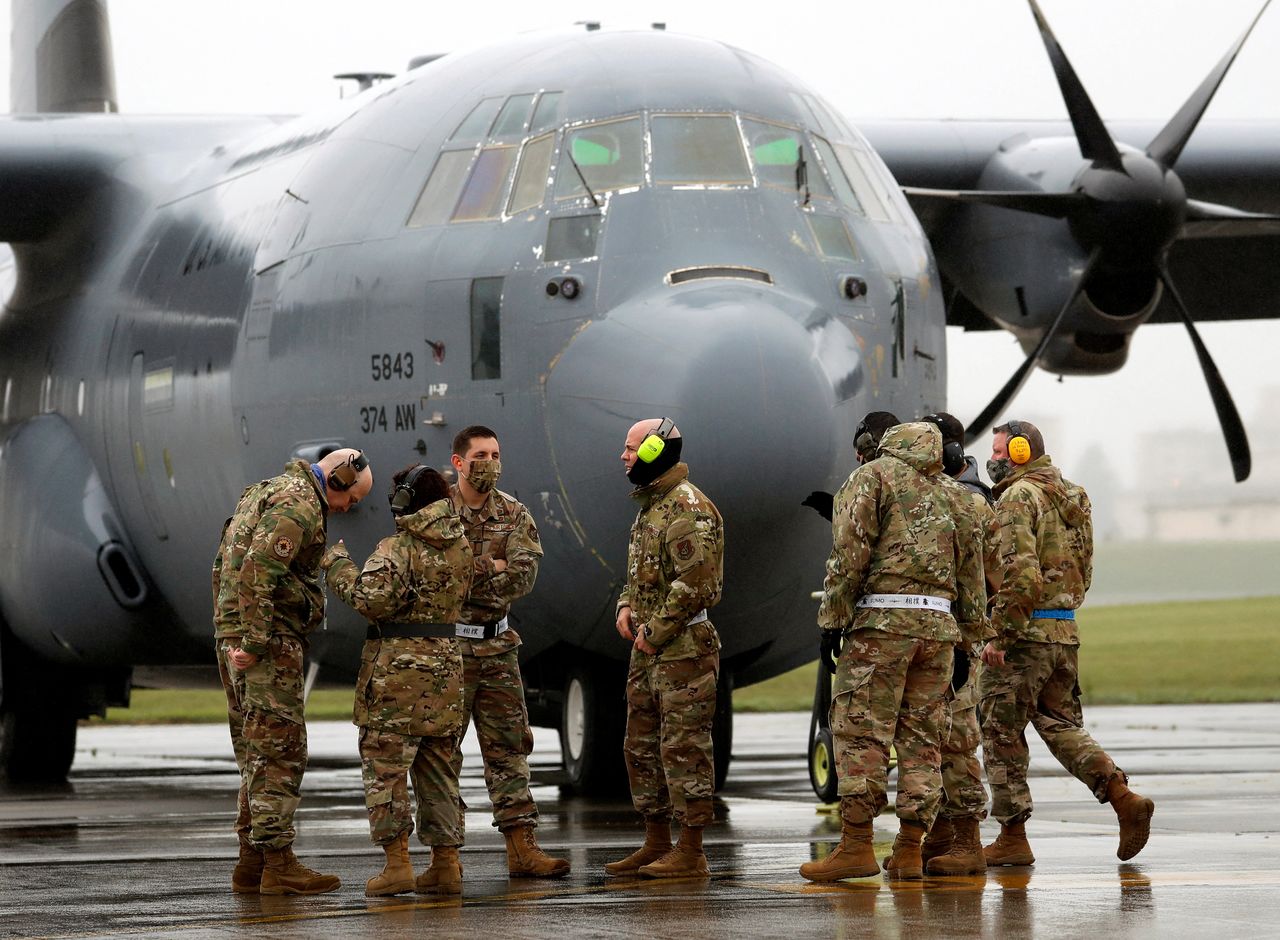 FILE PHOTO: U.S. soldiers wearing protective face masks are seen in front of C-130 transport plane during a military drill amid the coronavirus disease (COVID-19) outbreak, at Yokota U.S. Air Force Base in Fussa, on the outskirts of Tokyo, Japan May 21, 2020. REUTERS/Issei Kato 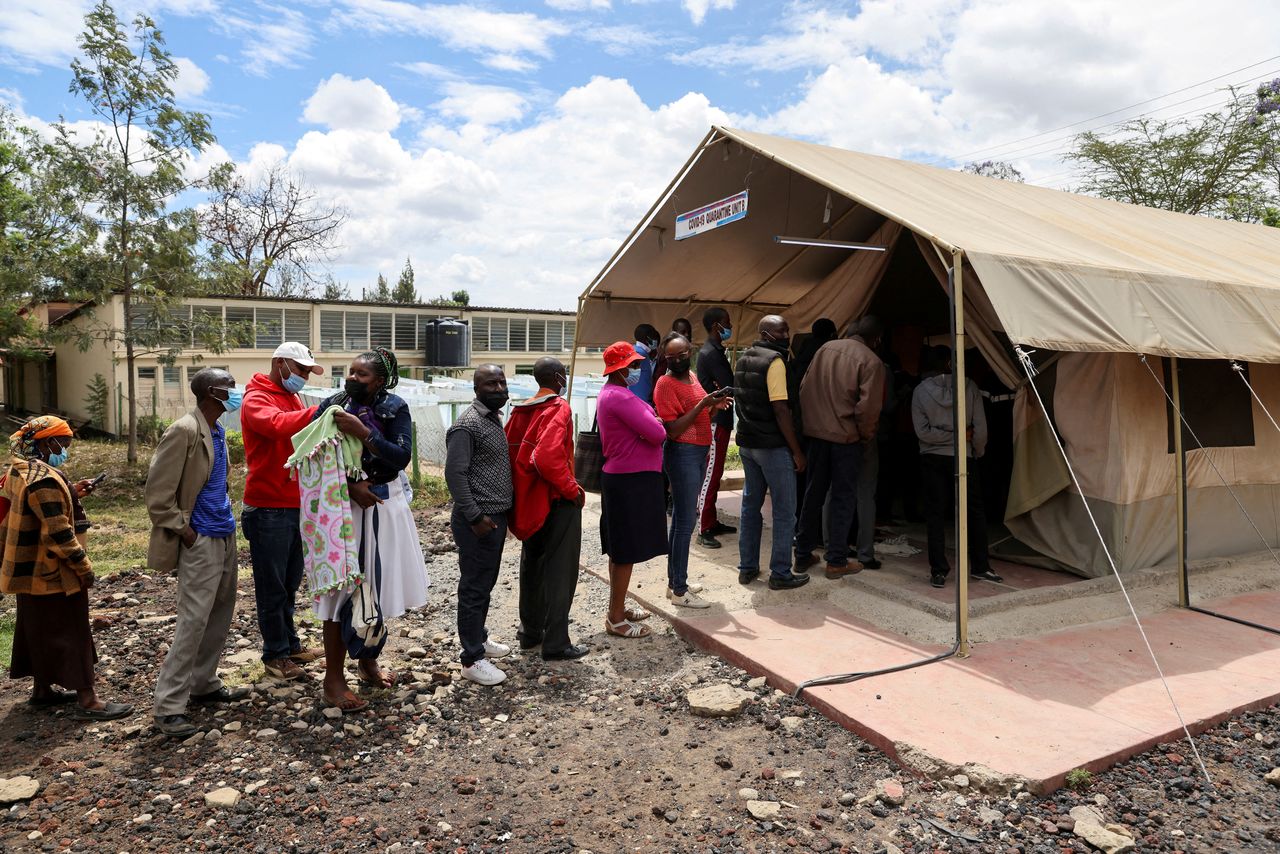