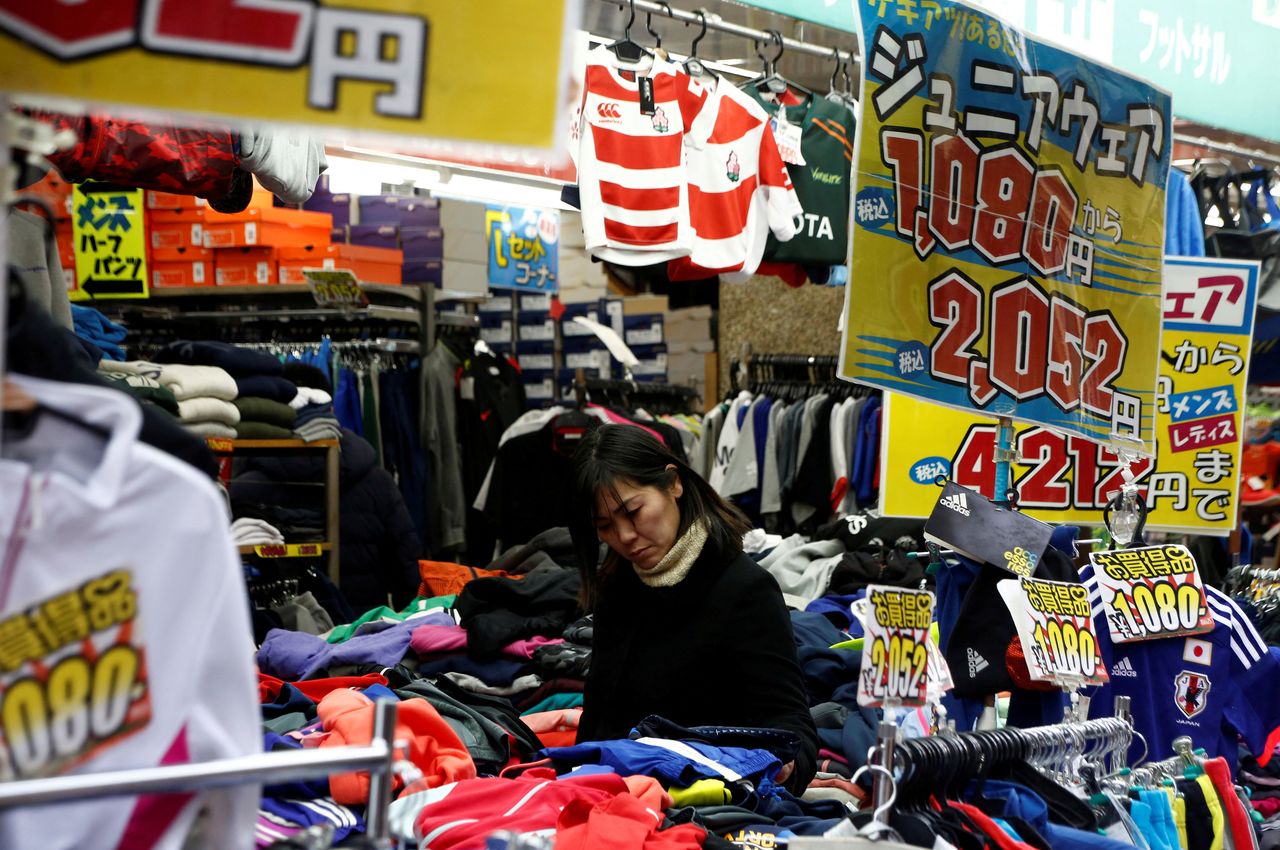 TOKYO (Reuters) - Japan’s household spending posted an annual drop for the fourth straight month in November, a weaker-than-expected reading that threw into doubt hopes that a consumer demand recovery will give a major boost to the economy in the final quarter of 2021.

Household spending fell 1.3% in November from a year earlier, government data showed, a surprisingly weak outcome compared with the market forecast of a 1.6% gain in a Reuters poll and dropping at a faster pace than October’s 0.6% decline.

The month-on-month figures were also negative, losing 1.2%, weaker than a forecast of a 1.2% gain as households remained hesitant to increase spending despite lower COVID-19 infections than during the summer months.

The weak figures raise some concerns for policymakers hoping a rebound in consumer demand will support the economy as companies struggle with higher import cost due to a rise of raw material prices that have fuelled global inflation.

Consumer spending, however, was still expected to stage a fourth-quarter rebound after the heavy hit they took in the quarter before it, said Tsunoda.

“There will be sharp growth, but private consumption won’t recover to pre-pandemic levels as it will be coming from a low base,” he said.

Declining spending on overnight stays and eating out weighed on the headline figure, a government official said, adding those items got a boost from a campaign last year to stimulate domestic tourism and dining out.

Spending on clothes and transportation increased compared to a year earlier, the data showed.

Separate data on Friday showed core consumer prices in Tokyo rose at the fastest pace in nearly two years in December as electricity and fuel cost surged due to higher global energy prices, while prices of overnight stays also increased.

Japan’s economy is expected to have grown sharply in the October-December quarter of 2021 after coronavirus cases declined, though the increasing cost of goods and the recent spread of the highly infectious Omicron variant are sowing some doubts for the outlook.