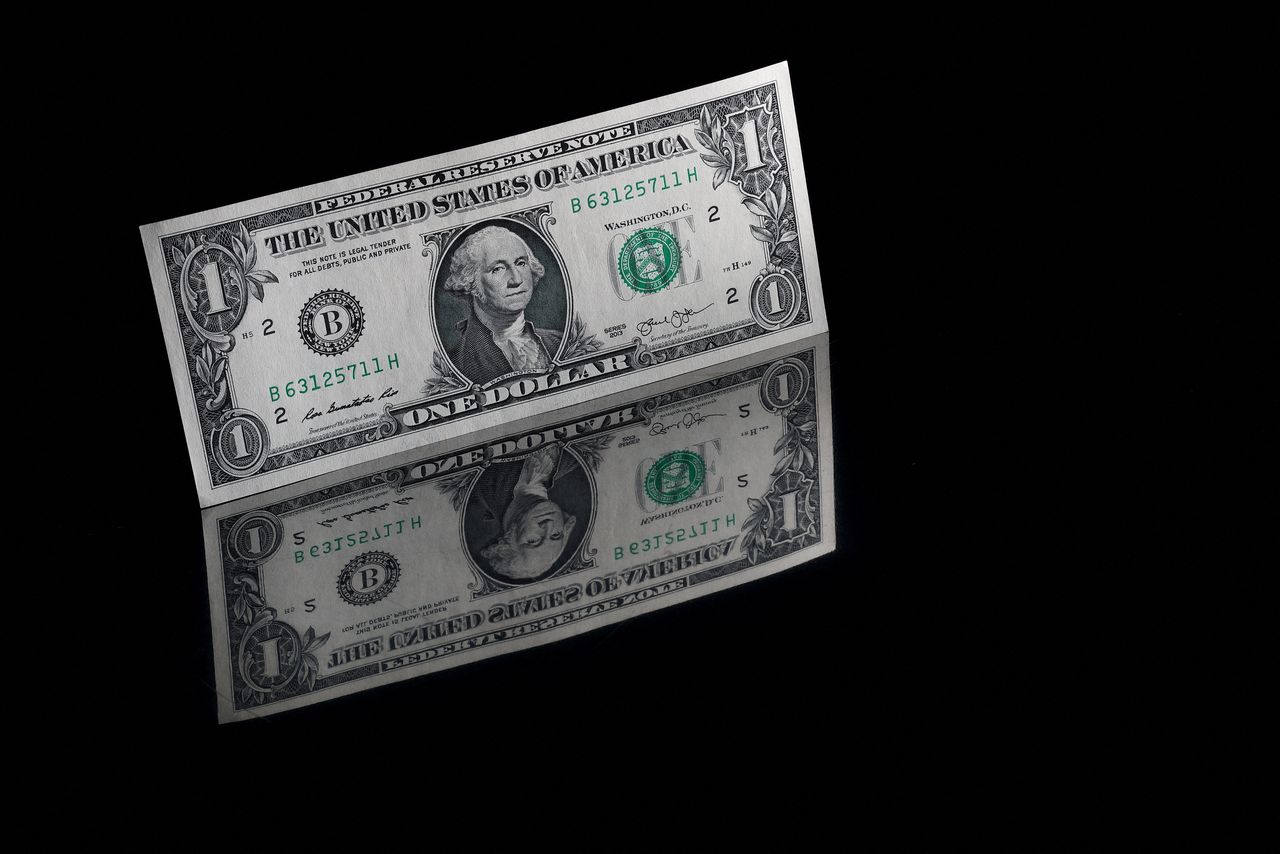 NEW YORK (Reuters) - The dollar was on track for its biggest daily percentage drop in six weeks on Friday on the heels of the December U.S. jobs report that missed expectations, but it was still seen as strong enough to keep the Federal Reserve's tightening path intact.

The dollar index fell 0.546% at 95.734, and was poised for its biggest drop since Nov. 26, when concerns about the Omicron COVID-19 variant began to rattle markets. Even with Friday's weakness, the dollar was still on track for a slight weekly gain, its first in three weeks.

The Labor Department said nonfarm payrolls rose by 199,000 last month, well short of the 400,000 estimate. But analysts noted underlying data in the report appeared sturdier, with the unemployment rate falling to 3.9% against expectations of 4.1% while earnings rose by 0.6%, indicating tightness in the labor market.

The report also increased expectations the Fed will begin to hike interest rates at its March meeting, with futures on the federal funds rate implying a 90% chance of a hike, up from 80% on Wednesday.

"While the headline might have fallen short of the consensus, the consensus doesn't matter much to the Fed. For them, this probably justifies their hawkish tilt," said Brian Jacobsen, senior investment strategist at Allspring Global Investments in Menomonee Falls, Wisconsin.

"We'll have to see how whether they walk the walk of their hawkish talk, but the odds are rising for a rate hike in March or May and a balance sheet run-off beginning later next year."

On Wall Street the benchmark S&P 500SPX> was modestly lower, while the yield on the benchmark 10-year U.S. Treasury note touched 1.80%, its highest since January 2020.

The euro was up 0.62% to $1.1361 as it strengthened against the greenback in the wake of the payrolls report, after showing little reaction to data showing euro zone inflation rose to 5% in December.

Euro zone policymakers have said they expect inflation to gradually slow down in 2022 and a rate hike will likely not be needed this year.

Sterling was poised for its third straight weekly gain against the dollar and was last trading at $1.3592, up 0.47% on the day, even after data showed growth in Britain's construction sector cooled in December as the Omicron variant of coronavirus spread, nearly matching a two-month high reached on Wednesday.

Despite the rapid spread of the Omicron variant, investors have increasingly viewed it as unlikely to derail the global economy or more aggressive actions by central banks.