(Reuters) - Japan's Ryoyu Kobayashi missed out on a historic second Four Hills Grand Slam after finishing fifth at the final event in Bischofshofen, Austria but still clinched the overall title at the prestigious ski jumping tournament.

Local hope Daniel Huber was the surprise winner on Thursday after landing jumps of 136.5m and 137m as he claimed his first Four Hills and World Cup win with a score of 286.8.

"Many years of hard work went into this, sometimes I even doubted myself," Huber said. "Today was an incredible day... It's very emotional to take the first World Cup win at home."

Having won the first three legs of the competition, Kobayashi was on course to repeat his 2018-19 sweep and become the first man to win all four events on two occasions but a below-par performance saw him finish with 277.8 points.

"I'm extremely happy, but also a bit exhausted," Kobayashi said after taking the overall title ahead of Norwegians Marius Lindvik and Granerud. "I'm very happy that I was able to show consistent jumps during the entire tournament.

"It's a bit sad that I could not win the Grand Slam, but I'm happy that I could win the golden eagle. I would not have expected that I can win this overall title for the second time."

Kobayashi's Four Hills triumph consolidated his place at the top of the World Cup standings and the 25-year-old's dominant performances mark him out as a top medal contender at the Feb. 4-20 Beijing Winter Olympics. 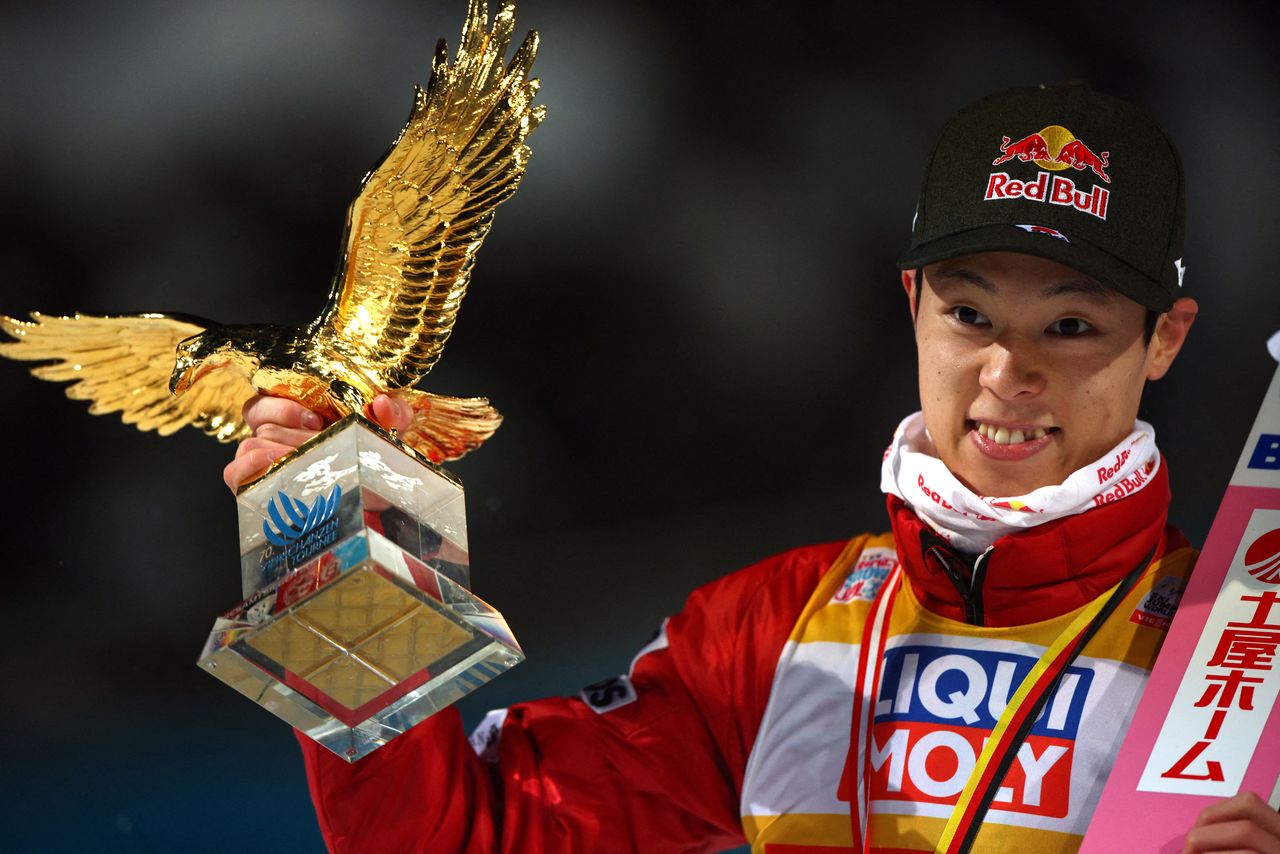 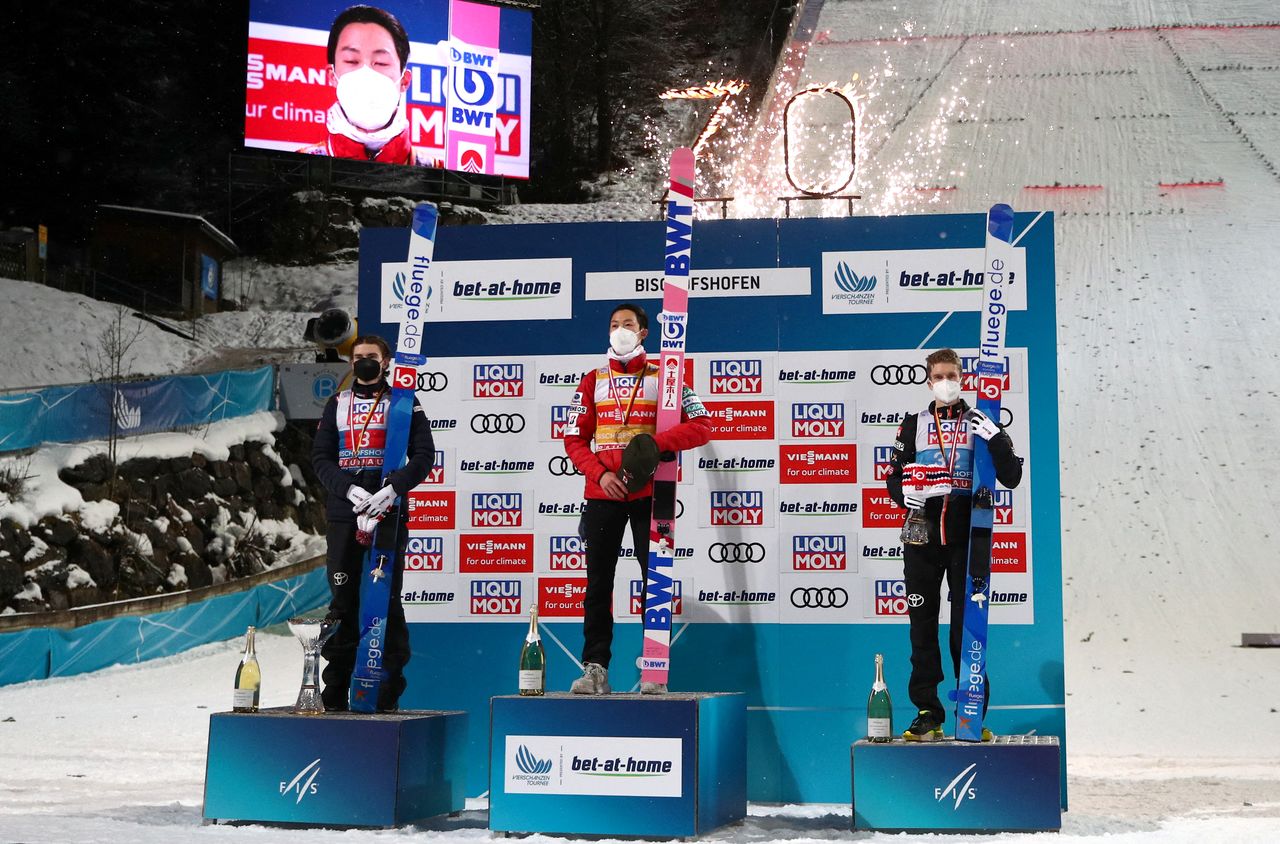