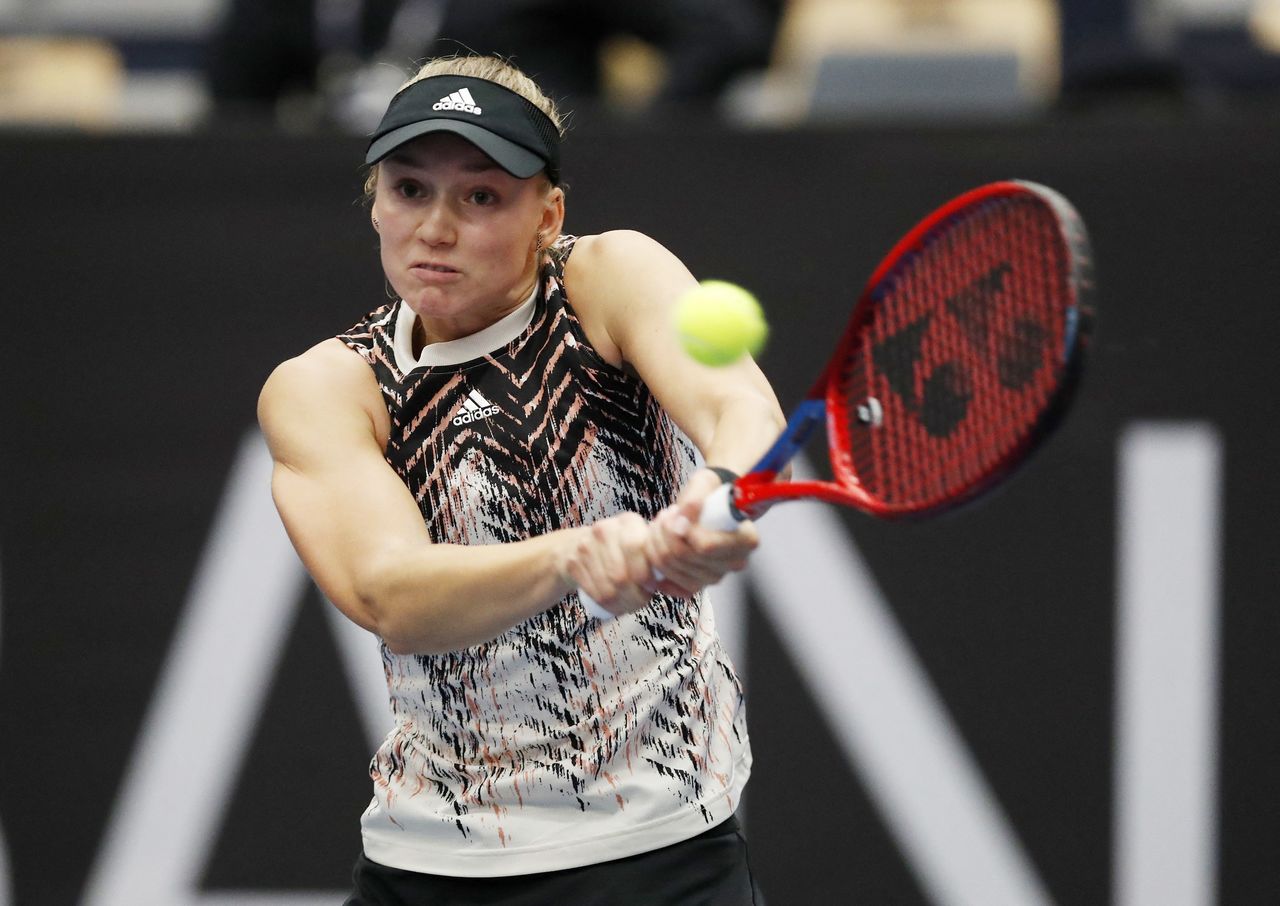 (Reuters) -World number one Ash Barty delighted the Memorial Drive crowd by breezing through to the Adelaide International semi-finals with a comfortable 6-3 6-4 victory over Sofia Kenin on Friday to set up a meeting with defending champion Iga Swiatek.

Barty, the 2020 Adelaide champion, dominated from the start and showed no signs of the rust on display in her win over Coco Gauff in the previous round of the Australian Open warm-up event.

In their first meeting since Kenin upset Barty in the 2020 Australian Open semi-final, the American struggled with her serve while her top-ranked opponent was nearly flawless, producing 17 aces and winning 31 of 32 first serve points.

Barty notched the crucial break midway through the opening set and carried that momentum through to the second, wrapping up the win in just over an hour without facing a single break point.

"I felt pretty good today. I was able to look after my service games pretty well and it was a lot of fun playing out here and getting more court time," Barty said.

Former French Open champion Swiatek earned her spot in the last four in contrasting fashion after being made to sweat by twice major winner Victoria Azarenka in an entertaining 6-3 2-6 6-1 win that lasted nearly two hours.

The Polish fifth seed dictated play with her powerful forehand as she took the first set before Azarenka hit back in the second, taking advantage of Swiatek's unsteady serve while advancing to the net at every opportunity.

But the 20-year-old Swiatek eventually pulled away in the decider as Azarenka's movement was severely hampered by a right thigh injury.

The Belarusian later withdrew from her doubles semi-final -- where she was partnering Paula Badosa -- due to the injury, handing a walkover to Darija Jurak Schreiber and Andreja Klepac.

"Winning against such an experienced player is still pretty new for me," said Swiatek. "Basically my main tactic was the same as in previous match: I want to be the first one to attack and to play that faster ball that's going to give me opportunity to go forward."

Earlier on Friday, seventh seed Elena Rybakina fought back from a set down to prevail 3-6 6-3 6-2 in her quarter-final against Shelby Rogers and will face Japan's Misaki Doi, who outlasted Kaja Juvan 6-3 4-6 7-6(5), for a spot in the final.

In the men's Adelaide ATP 250 event, top seed Gael Monfils of France beat American Tommy Paul 6-4 6-1 to advance to the semi-finals where he will take on local hope Thanasi Kokkinakis, who dug deep for a 7-6(9) 4-6 6-4 win over Sweden's Mikael Ymer.

(Reporting by Hritika Sharma and Dhruv Munjal in Bengaluru; Editing by Peter Rutherford and Toby Davis)