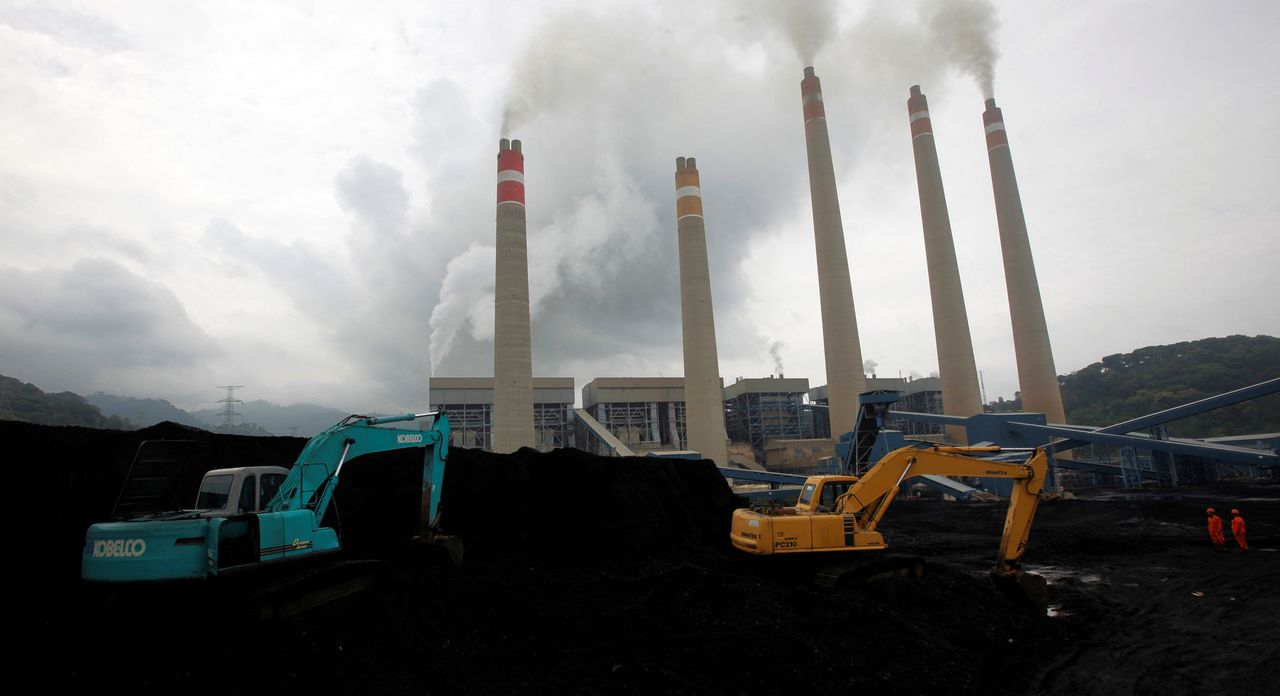 FILE PHOTO: Excavators pile coal in a storage area in an Indonesian Power Plant in Suralaya, in Banten province January 20, 2010.

By Muyu Xu and Gavin Maguire

BEIJING/SINGAPORE (Reuters) - Coal traders in China, the world's top consumer and importer of the fuel, are shrugging off a ban on coal exports imposed by Indonesia, saying utilities already hold hefty stockpiles with power demand set to weaken for the Lunar New Year holidays.

Coal stocks at key Chinese utilities in coastal regions were about 33 million tonnes as of Jan. 1, 57% more than at the same time in 2021, data from the China Coal Transportation and Distribution Association showed.

Meanwhile, daily coal consumption by China's power plants is currently flat versus last year at 2.2 million to 2.3 million tonnes - and expected to slump in the coming weeks when factories shut for the week-long Chinese New Year celebration and as Beijing orders reduced smokestack activity to ensure clear skies for the Winter Olympic Games.

"If we are not expecting any (extreme) cold (weather) waves, there would be no other factors to drive up coal demand in the near term," said one Jilin-based coal trader who declined to be identified.

Utilities in the region are fully relying on long-term contract supplies from domestic mines, and do not need to purchase from the spot market at the moment, he said.

The calm mood among China's traders at the end of the first week of January contrasts with the alarm that shook global markets after Indonesia, the world's largest thermal coal exporter, announced a shock ban on shipments on Jan. 1 to avert domestic power outages.

China's thermal coal prices jumped more than 6% on the first trading day after the ban was announced, but have retreated since as traders and importers determined it would have negligible impact on China's coal market due to a recent domestic output boom. That came in response to a power crunch in late 2021.

That surge in domestic output not only met demand from utilities through late 2021, but also replenished stockpiles for power generators so they are now less reliant on imports than in 2021, when imports jumped by around 10% from 2020.

In fact, traders said, the combinations of high stocks and weakening demand had been expected to drive coal prices lower - before the Indonesian ban came along to provide price support.

Since the ban was announced, Indonesian miners have moved to rectify the country's stockpile shortfall by committing millions of tonnes to domestic power producers. National authorities also pledged to review the ban as early as January 5.

But as of Jan. 7 the export impasse remains in place, triggering worsening ship congestion off Indonesia's coal ports and mounting frustration among key importers like major buyer Japan, which made an official request to Jakarta to scrap the ban.

"It is almost certain that we would see oversupply and a coal price plunge soon if the domestic output boom continues," said a Beijing-based coal trader.