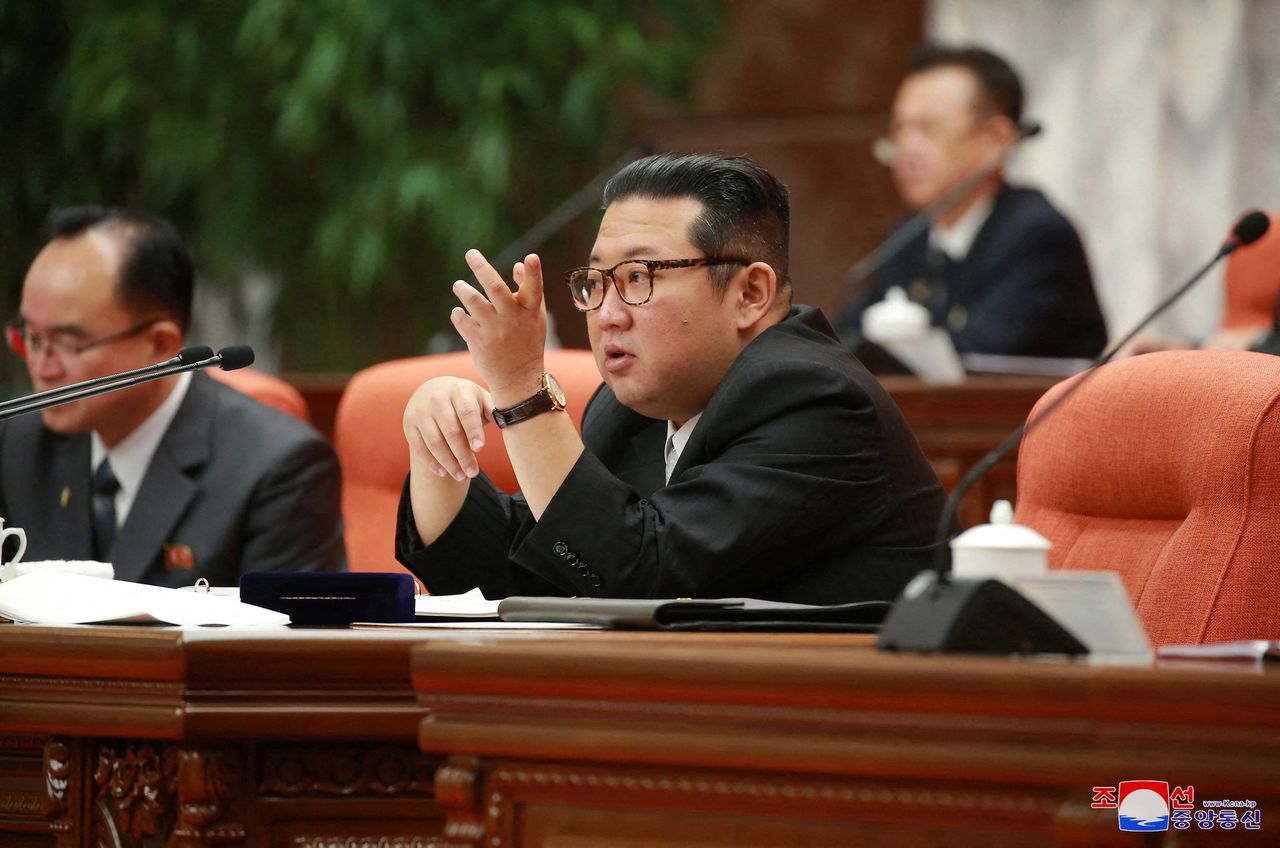 SEOUL (Reuters) - In a letter to China, North Korea blamed "hostile forces" and COVID-19 risks for not being able to attend the upcoming Winter Olympics in Beijing and accused the United States of trying to prevent the Games' success, state media said on Friday.

It was unclear whether the letter from North Korea's Olympic Committee and Sports Ministry was referring only to its athletes - who are not eligible to compete after North Korea was suspended from the International Olympic Committee (IOC) until the end of 2022 after failing to send a team to the Tokyo Olympics last year, citing COVID-19 concerns.

A summary of the letter by state news agency KCNA made no mention of a diplomatic delegation, and the country has maintained a strict self-imposed border lockdown that has blocked even its own diplomats from entering and choked off nearly all trade.

The letter criticised unspecified moves by the United States, which in December announced its government officials will boycott the 2022 Winter Olympics because of China's human rights record, while leaving U.S. athletes free to travel to Beijing to compete.

Several other countries, including Britain, Australia, and Canada have also since announced diplomatic boycotts.

"The U.S. and its vassal forces are getting evermore undisguised in their moves against China aimed at preventing the successful opening of the Olympics," the North Korean letter said, calling the moves "an insult to the spirit of the international Olympic Charter and as a base act of attempting to disgrace the international image of China."

North Korea has sent high-level political leaders to some previous games, including the sister of leader Kim Jong Un, Kim Yo Jong, to the 2018 Winter Olympics in South Korea. Kim Yong Nam, North Korea's second-highest official at the time, visited Beijing for the Summer Olympics in 2008.

China has been North Korea's only major ally since the two signed a treaty in 1961, and international sanctions imposed over Pyongyang's nuclear weapons and ballistic missile programmes have made it more dependent than ever on Beijing for trade and other support.

"We could not take part in the Olympics due to the hostile forces' moves and the worldwide pandemic, but we would fully support the Chinese comrades in all their work to hold splendid and wonderful Olympic festival," the letter said, according to KCNA.