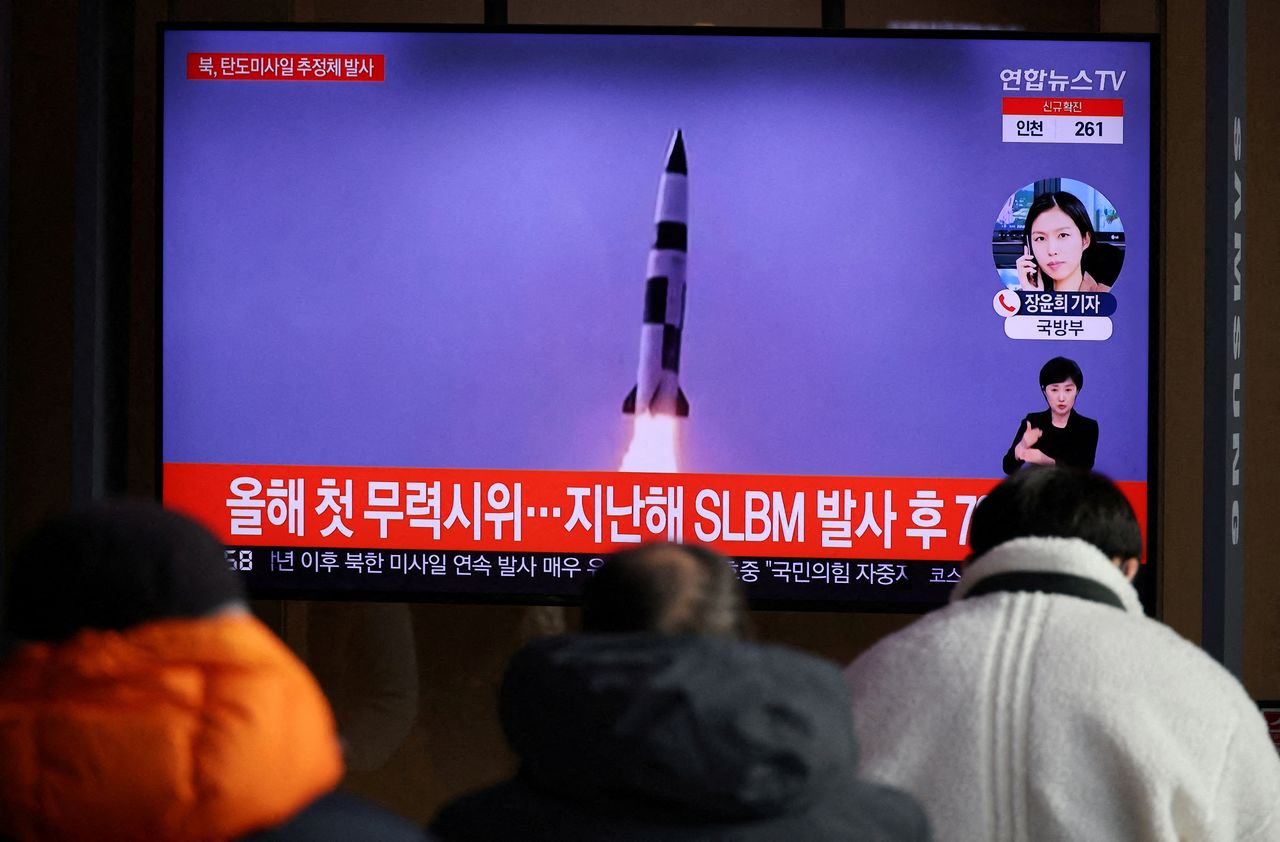 On Wednesday, North Korea launched what its state media said was the country's second hypersonic missile, which are usually defined as weapons that reach speeds of at least five times the speed of sound - or about 6,200 kms per hour (3,850 mph) - and can manoeuvre at relatively low trajectories, making them much harder to detect and intercept.

While the missile's warhead appeared to reach hypersonic speeds, that capability is shared by other ballistic missiles and Wednesday's test did not appear to demonstrate the range and manoeuvrability claimed in state media reports, a South Korean military official told reporters.

South Korea assessed that it flew for less than the 700 km (435 miles) claimed by North Korea and showed less than the "lateral" manoeuvrability reported, the official added.

"This is neither a hypersonic glide vehicle nor a hypersonic cruise missile, this is a missile with a mobile warhead," the official said of the newest missile, which was first unveiled at a Pyongyang defence exhibition in October.

The assessment mirrors that of international analysts who noted that the test appeared to involve a liquid-fuel ballistic missile with a Manoeuvrable Reentry Vehicle (MaRV), a capability previously fielded by other countries including the United States and South Korea.

"One of my complaints about the 'hypersonic' framing is that it wrongly emphasizes speed when what we really are discussing is manoeuvrability and accuracy," Jeffrey Lewis, a missile researcher at the James Martin Center for Nonproliferation Studies (CNS), said on Twitter. "So, yeah, the new (North Korea) glider is hypersonic. But more importantly, it's a MaRV."

While such missiles don't have the range of North Korea's largest intercontinental ballistic missiles (ICBMs), analysts say manoeuvrable weapons can be used to evade missile defences.

On Friday the United States and Japan issued a joint statement pledging to increase joint defence, including against hypersonic weapons.