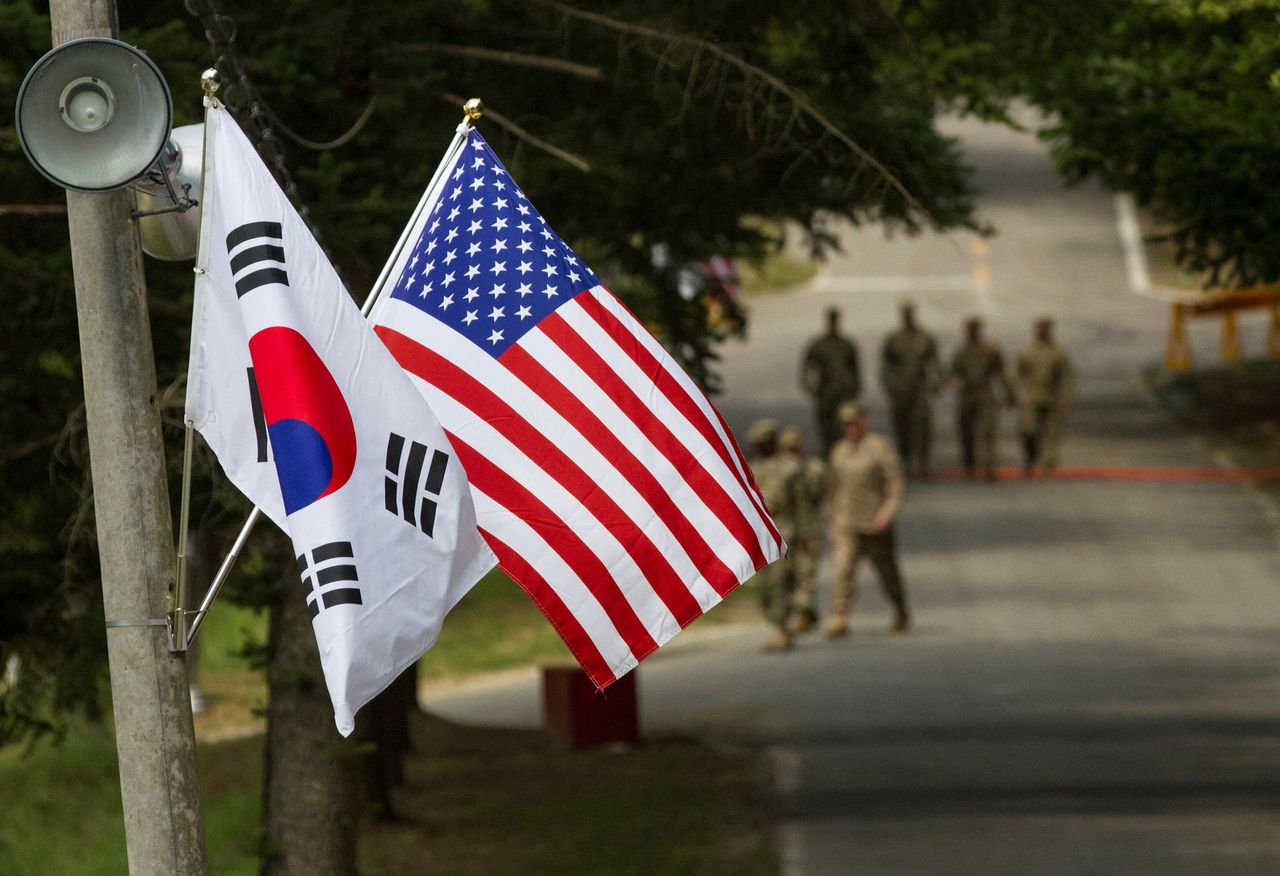 FILE PHOTO: The South Korean and American flags fly next to each other at Yongin, South Korea, August 23, 2016. Courtesy Ken Scar/U.S. Army/Handout via REUTERS .

The new cases bring the total infections to 3,027. U.S. forces has said nearly 90% of its soldiers, families and other affiliated people were vaccinated.

In neighbouring Japan, Prime Minister Fumio Kishida said on Friday the government would tighten curbs in three regions that host U.S. military bases to stem a COVID-19 surge that some officials have said the bases have helped fuel.

The U.S. military's "Bravo Plus" plan in South Korea will ban dining at restaurants outside the bases and visiting indoor malls, bars, clubs, gyms, amusement parks, theatres and massage parlours, U.S. forces said on its website on Friday.

Travel to the capital Seoul is also prohibited, except for official duties or for people who live or work there, but activities including grocery shopping and religious services are allowed.

"Due to the continued presence of COVID-19 within USFK and South Korea, USFK has increased its health protection condition to 'Bravo Plus' peninsula-wide," it said.

South Korea had reported record-breaking daily infections of around 7,800 after it eased social distancing rules under a "living with COVID-19" scheme in November, prompting authorities to reinstate tougher curbs the following month.

The defence ministry said 19 new infections were confirmed among South Korean military personnel as of Friday, for a total of 3,403.