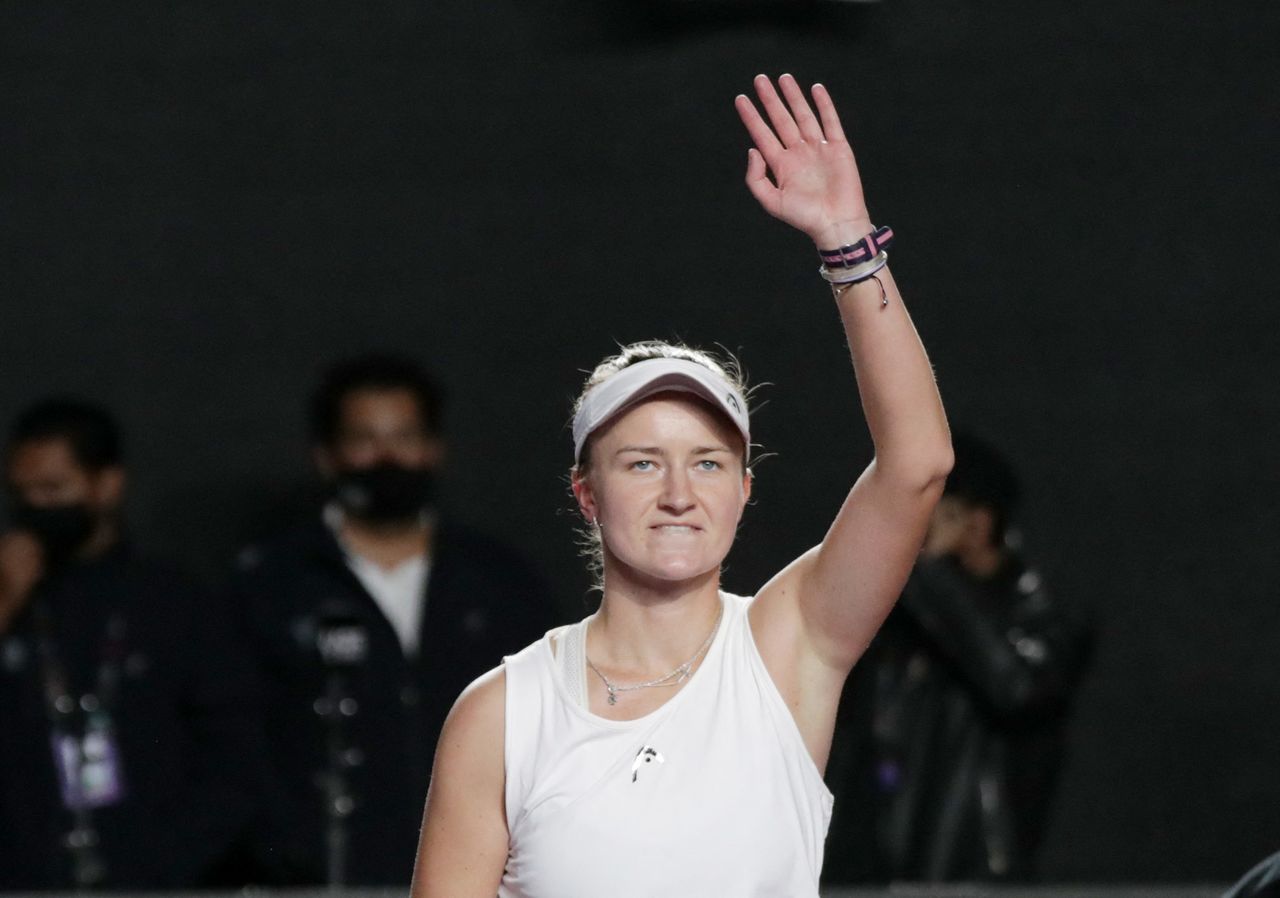 SYDNEY (Reuters) - French Open champion Barbora Krejcikova is relishing a challenging start to her 2022 season on Monday as she warms up for the Australian Open against Belinda Bencic in the opening round of the Sydney Tennis Classic.

The Czech, ranked number three in Sydney and fifth in the world, claimed her first Grand Slam singles title at the French Open in June and is hoping to carry her 2021 form into the new year when she takes on her Swiss opponent.

"I played with Belinda last year, and it was very close match, very tight match," Krejcikova said of the former world number four at a news conference on Sunday.

"It's always good to start with a really good player, so I'm really looking forward and I think it's going to be great match.

"When you play a tournament like this, which is really high tournament with the best players, there are no easy matches anymore. It's not like when you play different tournaments."

Krejcikova's singles success last year came after establishing herself as the one of the game's leading doubles players.

She won the 2018 Wimbledon and French Open titles before reclaiming the title at Roland Garros last summer and gold at the Tokyo Olympics alongside Katerina Siniakova.

"What happened last year is very, very amazing," said Krejcikova, who is also a three-time winner of the Australian Open mixed doubles title.

"I'm really happy and I'm pleased with the way I played and how successful I was. I mean, I was just trying during the offseason to accept what happened.