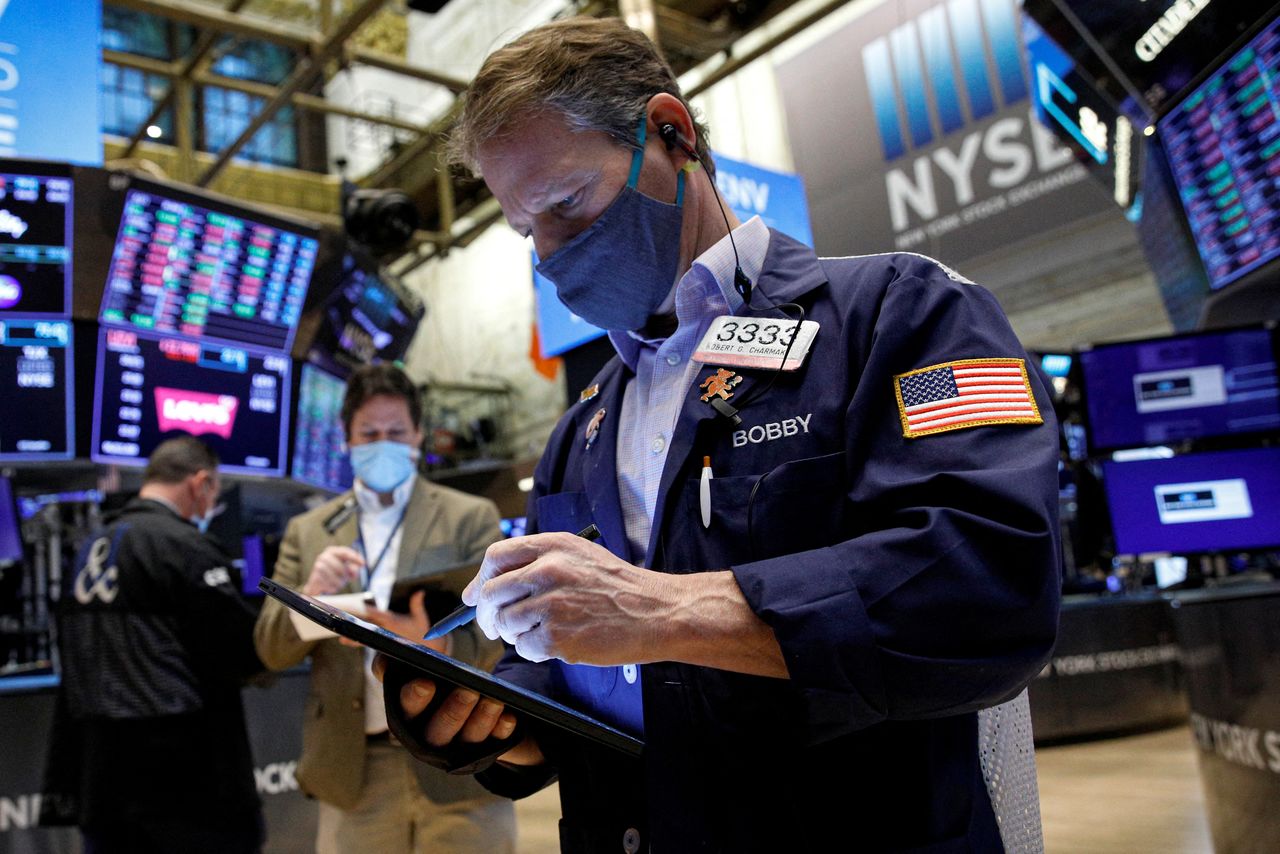 NEW YORK (Reuters) - U.S. stocks fell on Monday despite staging a comeback late in the day, as bets that the U.S. Federal Reserve could raise interest rates as soon as March led investors to pare risky assets and lifted the 10-year Treasury yield to a two-year high.

Monday's drop follows a bruising first week of the year when a strong signal from the Fed that it would tighten policy faster to tackle inflation and then data showing a strong U.S. labor market, unnerved investors who had pushed equities to record highs over the holiday period.

Technology stocks, which have soared in the past two years thanks in part to very low interest rates, led the falls early in the day but rallied later in the session to leave the Nasdaq Composite up just 0.05%.

"The big story of the first week of the new year has been the steady march higher in U.S. treasury yields," said Arthur Hogan, chief market strategist at National Holdings Corp.

Hogan recommended investors put more money in financial, industrial and energy stocks as they will likely benefit from strong economic growth expected in the months ahead.

Some of Wall Street's biggest banks now expect the Federal Reserve to raise interest rates four times this year, and Goldman Sachs sees the Fed beginning the process of reducing its balance sheet size as soon as July.

A busy week sees U.S. inflation data due on Wednesday, which analysts say could show core inflation climbing to its highest in decades at 5.4%, a level that would all but confirm a U.S. rate rise is coming in March. The season of corporate earnings also kicks off this week with the big U.S. banks reporting from Friday onwards. [

Rate futures now imply a greater than 70% chance of a rise to 0.25% in March and at least two more hikes by year end.

"We think that the increase in long-dated Treasury yields has further to run," said Nicholas Farr, an economist at Capital Economics.

"Markets may still be underestimating how far the federal funds rate will rise in the next few years, so our forecast is for the 10-year yield to rise by around another 50bp, to 2.25%, by the end of 2023."

The dollar index edged up 0.17% to 95.957. The greenback has failed to find significant support from rising Treasury yields.

Oil prices dipped but held onto to recent gains, having climbed 5% last week helped in part by supply disruptions from the unrest in Kazakhstan and outages in Libya. [O/R]

(Reporting by By Koh Gui Qing; Additional reporting by Wayne Cole in Sydney, Editing by Alison Williams and Lisa Shumaker)