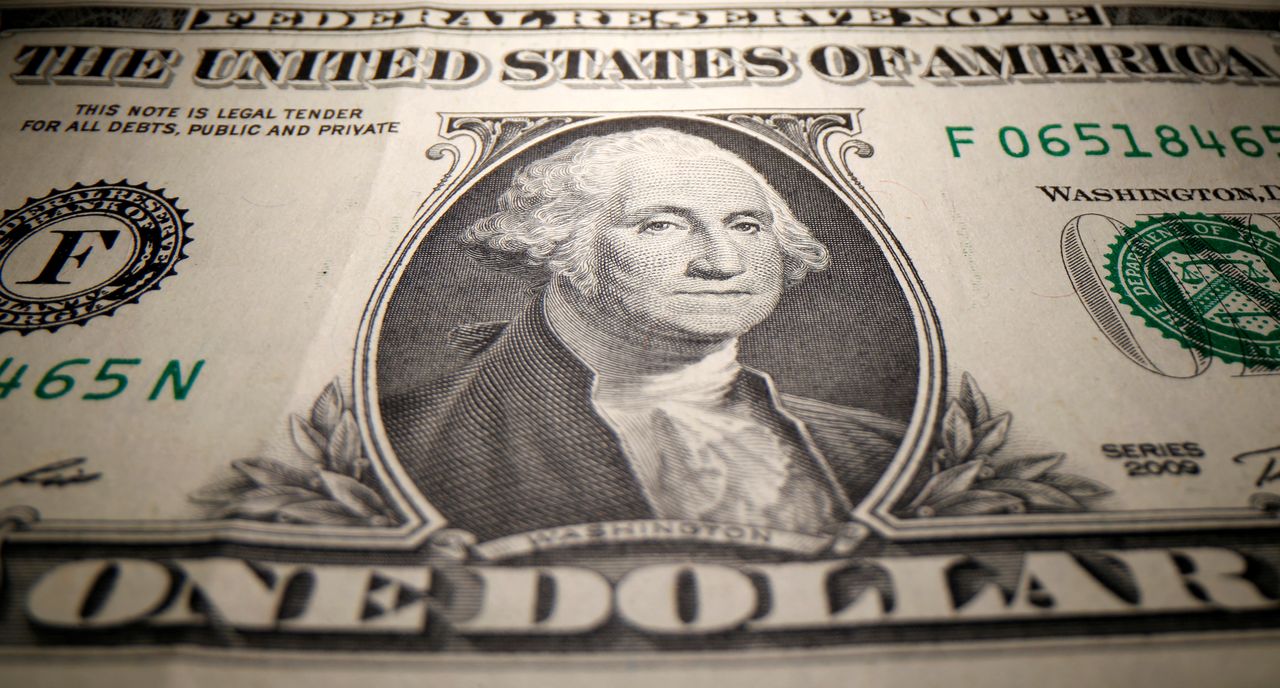 FILE PHOTO: A U.S. Dollar banknote is seen in this illustration taken May 26, 2020. REUTERS/Dado Ruvic/Illustration

NEW YORK (Reuters) -The dollar edged lower against a basket of currencies on Tuesday after Federal Reserve Chair Jerome Powell's testimony signalled that while the Fed will be normalizing policy it has not made a decision on reducing its nearly $9 trillion balance sheet.

Powell noted that policymakers were still debating approaches to reducing the fed's balance sheet, and said it could sometimes take two, three or four meetings for them to make such decisions.

Powell's overall message on Tuesday was less hawkish than some investors had expected, especially in light of recent commentary from some other Fed speakers, analysts said.

High inflation and a strong recovery will require the Federal Reserve to raise interest rates at least three times this year, beginning as soon as March, and warrant a rapid rundown of Fed asset holdings to draw excess cash out of the financial system, Atlanta Fed President Raphael Bostic said on Monday.

"Powell defied the hawkish commentary of others on the Fed’s rate-setting committee, suggesting that a quantitative tightening decision will come in the next two to four meetings, with bonds allowed to roll off in an organic manner - as opposed to actively selling securities into the market," said Karl Schamotta, chief market strategist at Cambridge Global Payments in Toronto.

"This is lifting global risk appetite and spurring flows into yield-sensitive currencies like the Canadian dollar."

The dollar index, which measures the greenback against six major peers, was down 0.32% at 95.627. The Canadian dollar was up about 0.8% against the greenback.

While the dollar index has been well supported in recent weeks by the idea that the Fed will raise interest rates aggressively this year, it has struggled to break above the 16-month high touched late in November.

Traders have ramped up bets for rate hikes this year after the U.S. central bank's minutes from the Dec. 14-15 policy meeting suggested an earlier-than-expected rate hike and the possibility that it may cut its bond holdings sooner than many initially thought.

On Tuesday, the risk-sensitive Australian dollar was up 0.6%, aided by data showing retail sales surpassed forecasts for a second month running in November.

Sterling rose 0.36% on Tuesday to touch its highest level versus the dollar in almost 10 weeks, helped by expectations that the Bank of England will raise interest rates further.