Japan to maintain strict border restrictions until end of February

TOKYO (Reuters) -Japan will maintain its tight entry restrictions to prevent the spread of the Omicron variant of the coronavirus until the end of February, the prime minister said on Tuesday, though some exceptions for humanitarian reasons may be considered.

Japan adopted some of the strictest border controls in the world when the Omicron variant emerged late last year, banning all new entry by non-Japanese people, including students and foreign family members of Japanese or permanent residents, except in exceptional circumstances.

"Thanks to the toughest border rules in the G7 nations, we've been able to keep the spread of Omicron to a minimal level, giving us time to prepare to deal with domestic infection," Kishida told reporters.

"We'll maintain the current framework of measures until the end of February ... while taking necessary measures from the perspective of humanitarian and national interests."

The rules mandate up to six days in strict hotel quarantine for most of those who are allowed in - mostly Japanese and resident foreigners - followed by home quarantine.

The measures have sparked protests and a petition drive calling for change, especially to reduce family separations, and media reported on Tuesday the government was considering easing some of rules in exceptional cases.

Kishida said while much remains unknown about the Omicron variant, it appeared that the risk of serious cases was lower. Children under the age of 12 would be offered vaccinations, he said.

Though opinion polls show that most Japanese support the border controls, e-commerce firm Rakuten's founder and chief executive Hiroshi Mikitani called for them to be eased, saying the economy would suffer.

"In particular, banning the entrance of new foreigners and the hotel quarantine system needs to be reviewed," Mikitani, long a critic of Japan's handling of the pandemic, said on Twitter.

"Corona is everywhere in the world and borders must be open, the restrictions clearly aren't working. What needs to be done is prioritising vaccinations and the use of oral medications," he said, terming the entrance freeze "unbelievable and stupid".

A surge of new coronavirus cases prompted the government to reintroduce emergency restrictions in three parts of the country that host U.S. military bases over the weekend.

The U.S. military has been moved its personnel in and out of Japan under a separate testing and quarantine regime.

The United States has agreed to impose stricter COVID-19 measures at its military bases after fears among Japanese people that infections were spilling out into communities. 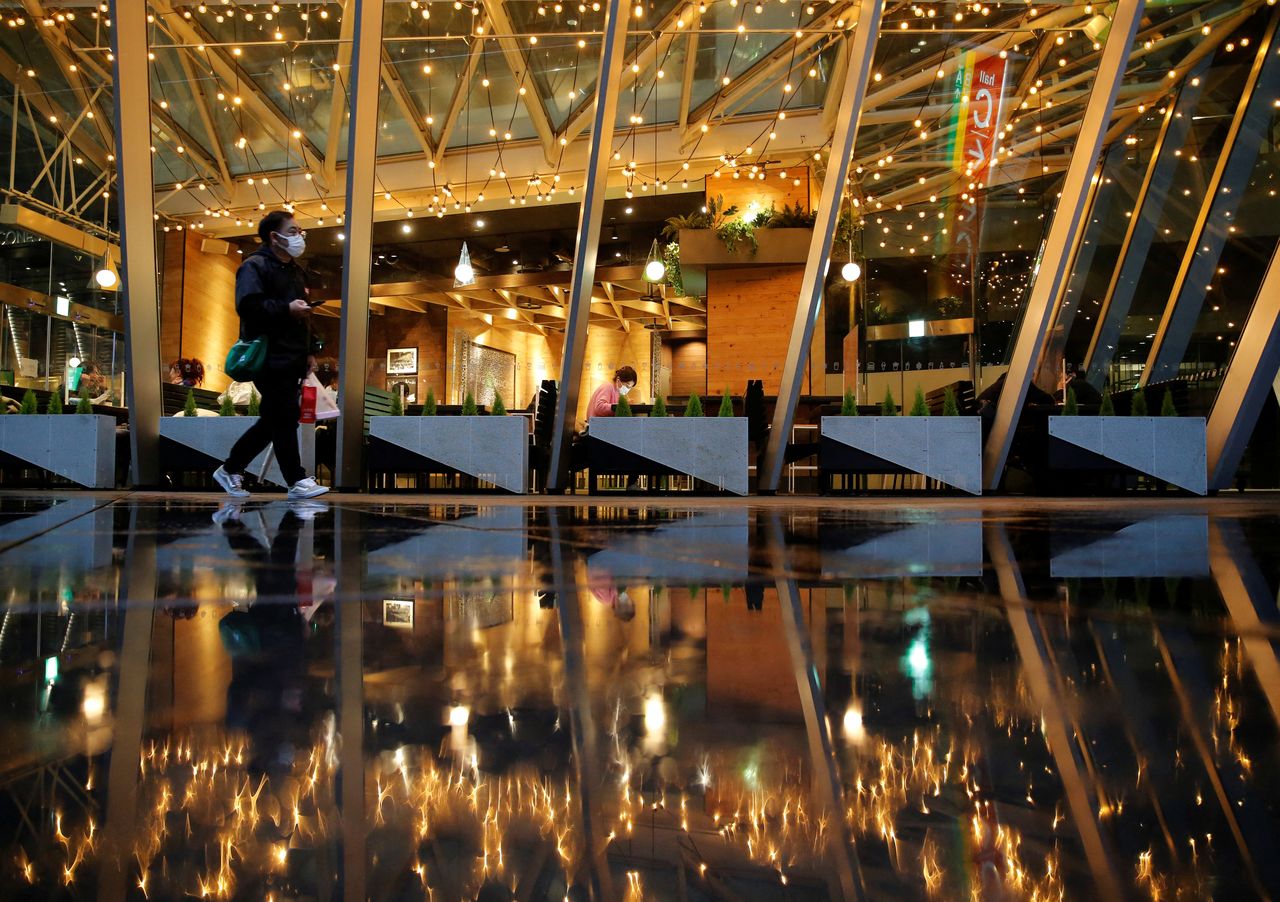 A woman wearing a protective face mask, amid the coronavirus disease (COVID-19) outbreak, sits in a restaurant in Tokyo, Japan, January 11, 2022. REUTERS/Kim Kyung-Hoon 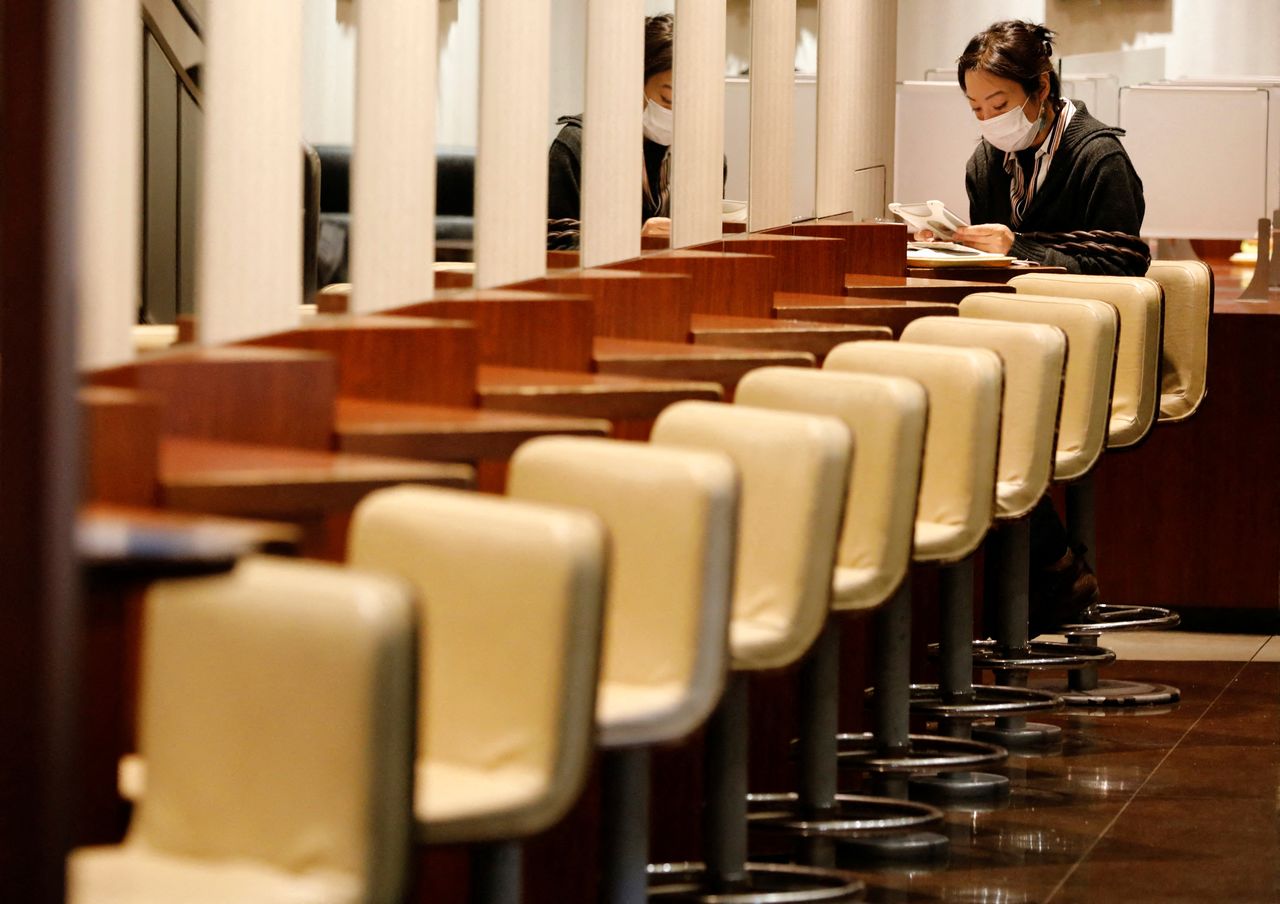 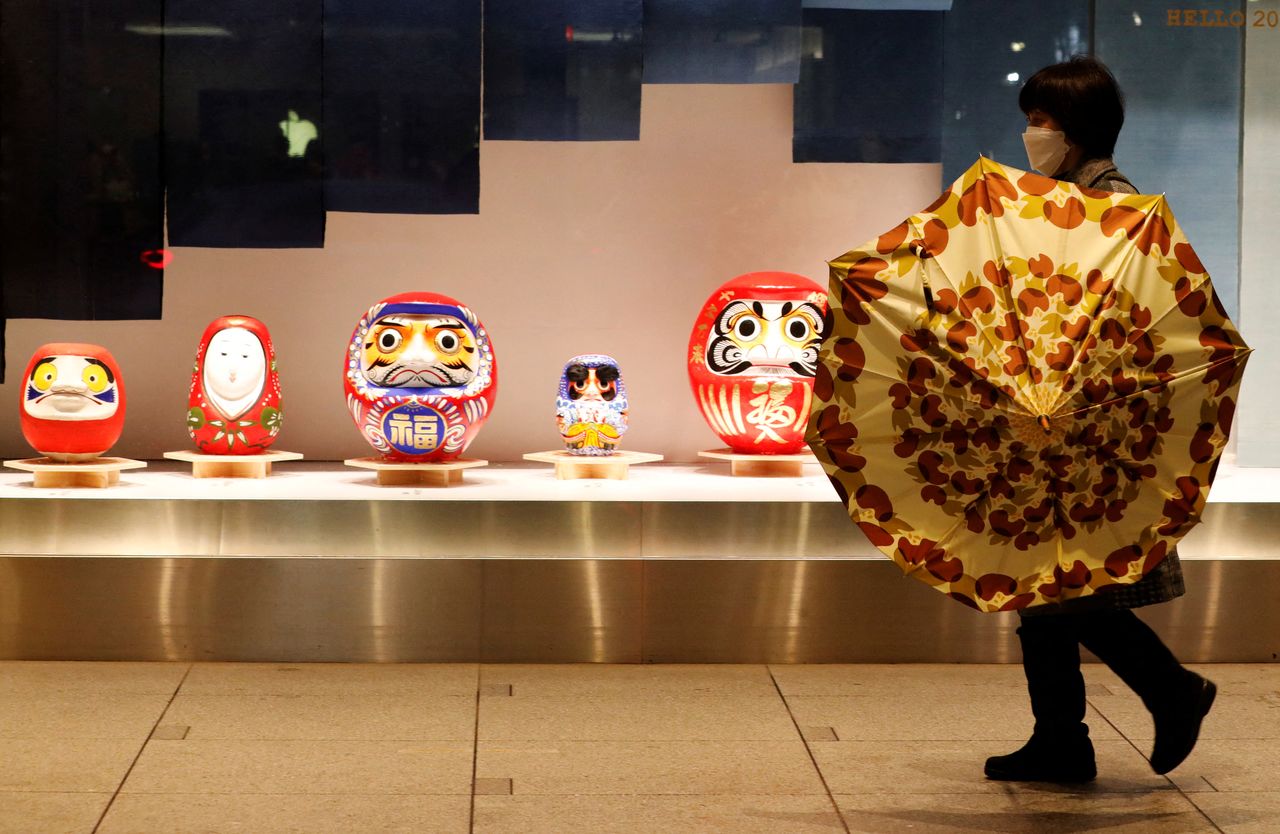 A woman wearing a protective face mask, amid the coronavirus disease (COVID-19) outbreak, walks past a display window of a department store in Tokyo, Japan, January 11, 2022. REUTERS/Kim Kyung-Hoon 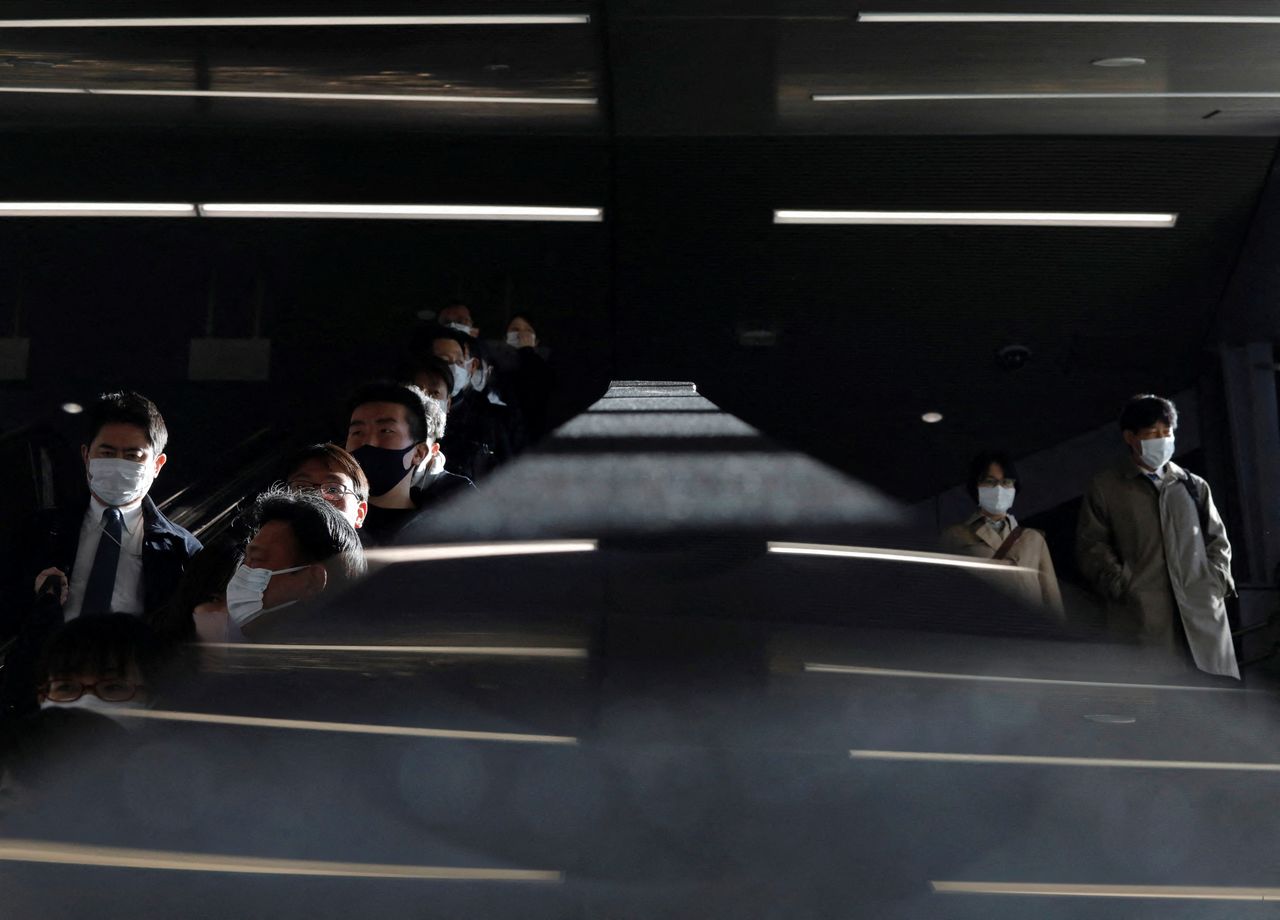 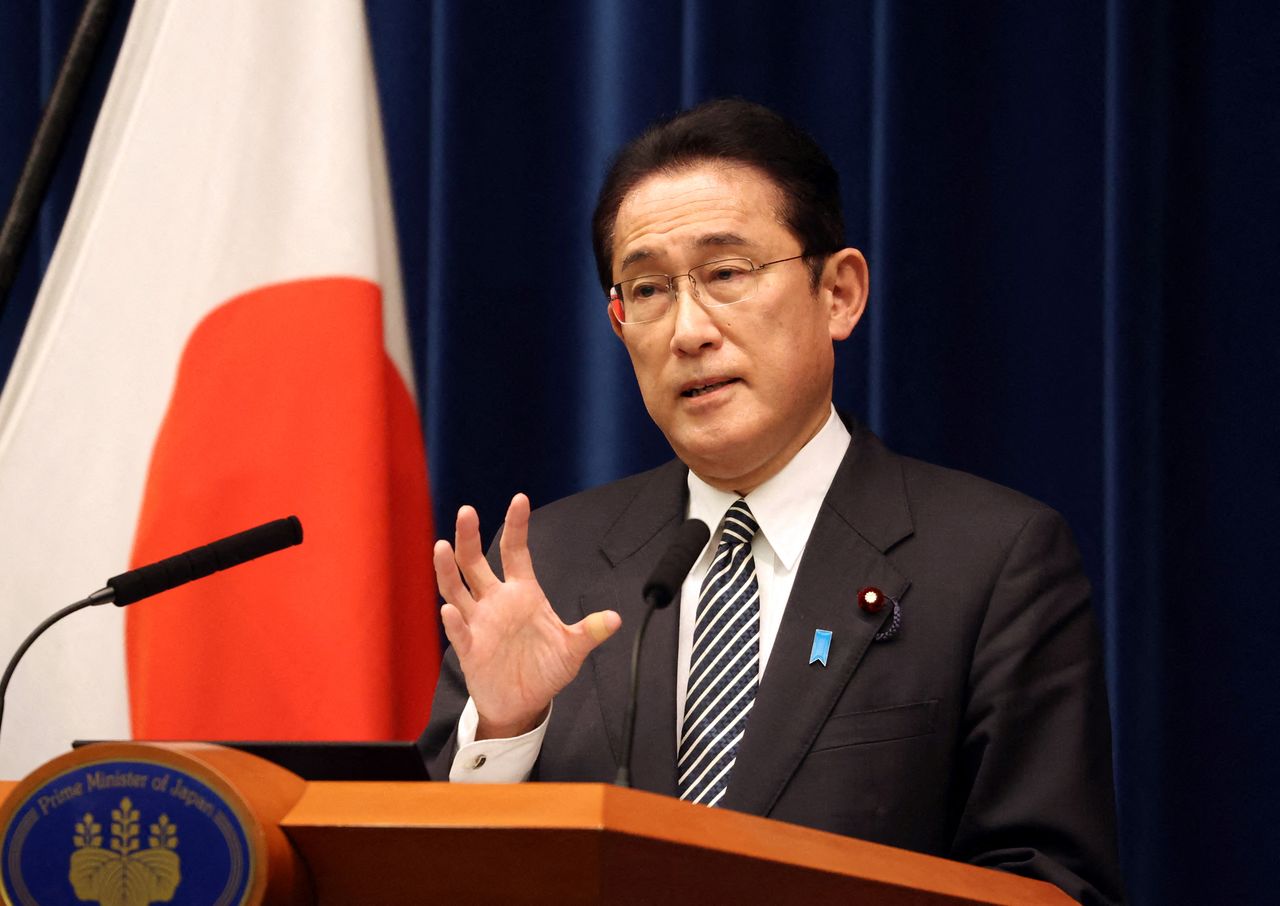