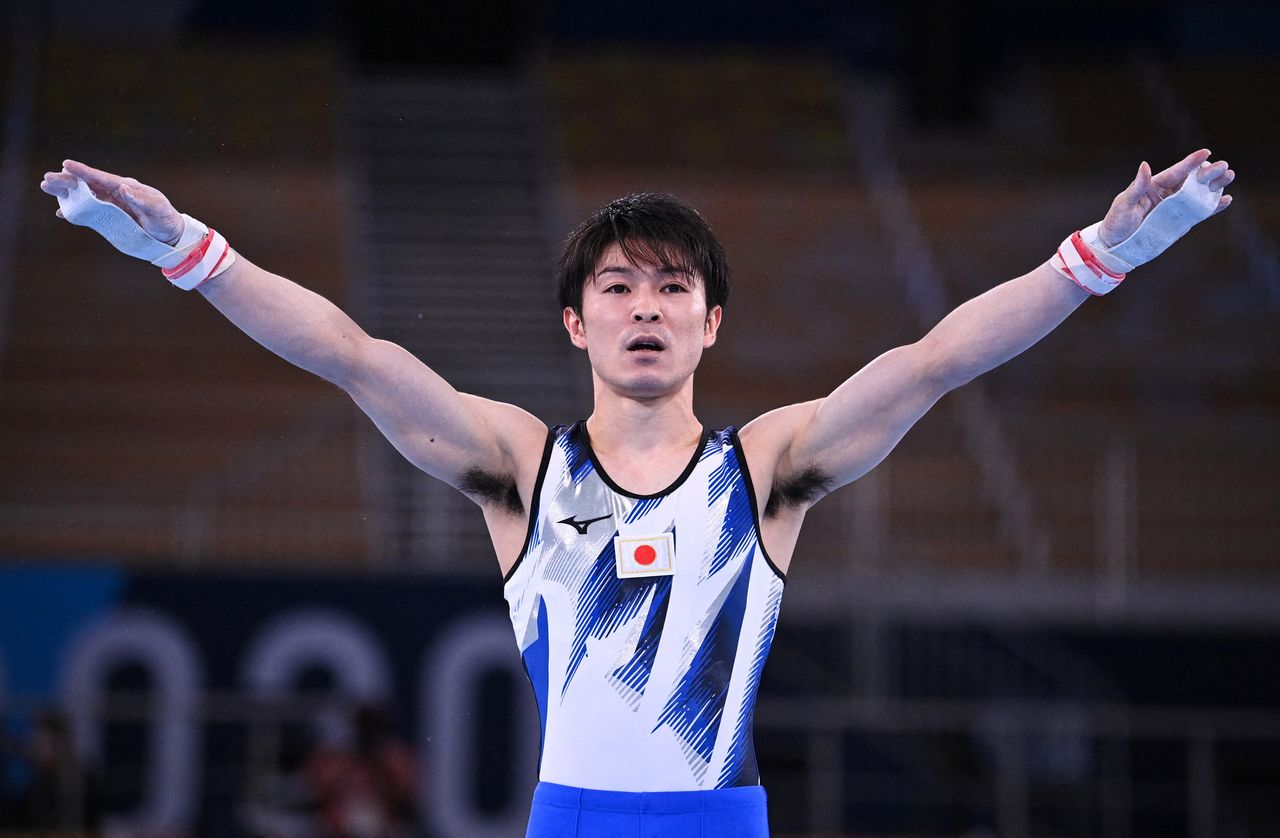 TOKYO (Reuters) - Japan's two-time Olympic all-around champion Kohei Uchimura announced his retirement on Tuesday, bringing an end to the career of one of the best male gymnasts of all time.

Dubbed "King Kohei" in Japan, Uchimura won a total of seven Olympic medals, including three golds, at Beijing, London and Rio but came away empty handed from the Tokyo Games last year.

The 33-year-old announced his decision to retire through his management company. No further details were immediately available but Japanese media said Uchimura would hold a news conference in the near future.

Uchimura won every world and Olympic all-around title from 2009 to 2016. He became the first man in 44 years to top the individual all-around podium in back-to-back Olympics with a nail-biting final in the 2016 Rio Games.

But as age and injury took their toll Uchimura decided late in 2019 to concentrate on the horizontal bar to make the Japan team for his fourth Olympics.

Proud to compete at the Games on home soil, his Olympic career came to an abrupt end in Tokyo when he lost his grip on the bar and crashed to the floor, failing to qualify for the finals.

He said at the time: "In the last three Olympics I took part in, I was always able to bring out in competition what I practiced, but I can't do that anymore.

"I'm past my peak. I just have to accept that calmly."