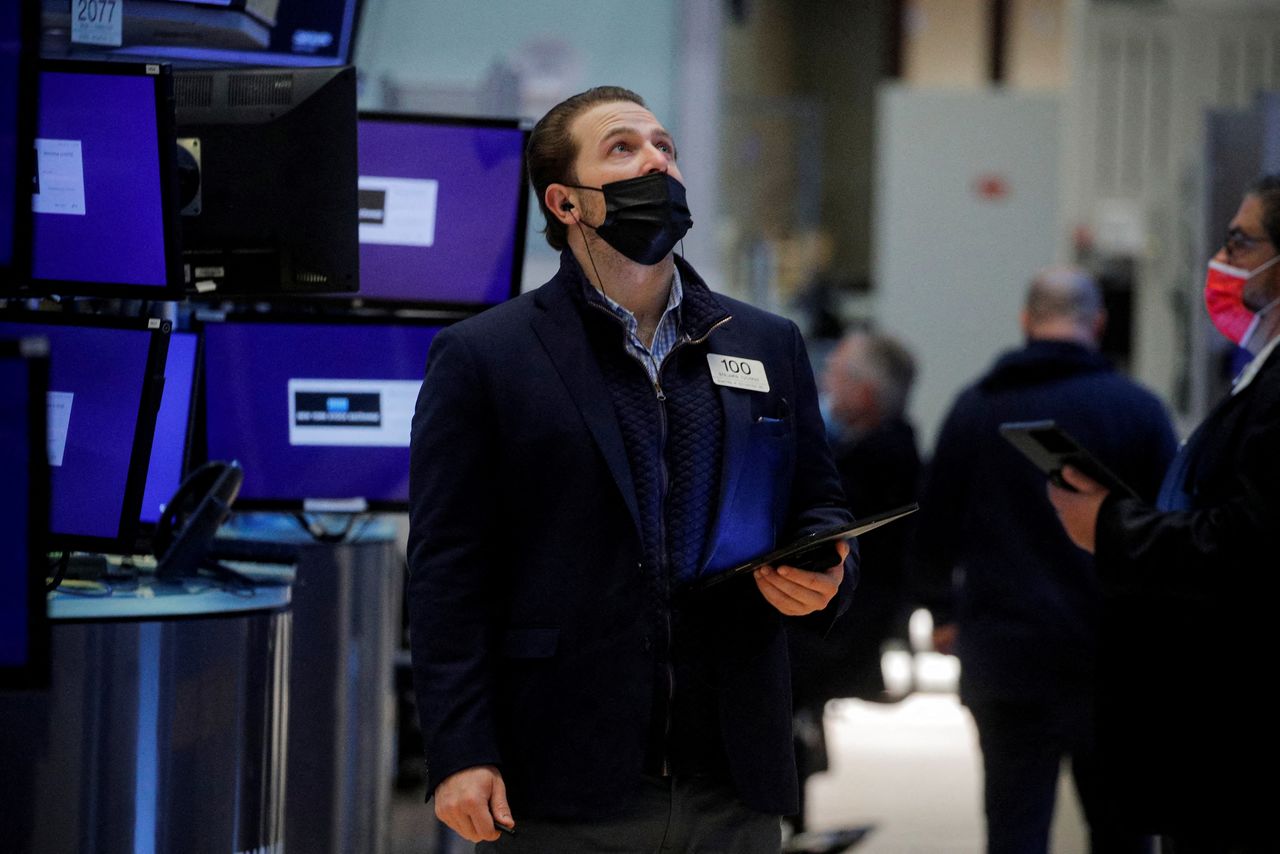 NEW YORK (Reuters) - U.S. stocks bounced and Treasury yields retreated on Tuesday in choppy trade as investors absorbed remarks from the Federal Reserve that interest rates are likely to rise this year, as expected.

In comments to U.S. lawmakers, Federal Reserve Chairman Jerome Powell said he expected the Fed would raise rates and end its asset purchases this year, but that the central bank had made no decision about the timing for tightening monetary policy.

"Inflation is running very far above target. The economy no longer needs or wants the very accommodative policies we have had in place," Powell said in his testimony.

"Comments from Fed Chair Jerome Powell reassured investors that the Fed is prepared to tighten monetary policy to maintain price stability," analysts at Australia's ANZ Bank said in a note.

Inflation pressures prompted the Fed in December to flag plans to tighten policy faster than expected, possibly even raising rates in March, though that was before it became clear just how fast the Omicron coronavirus variant would spread.

Some investors were relieved that the Fed did not sound more hawkish than the market had anticipated, and this helped Treasury yields pull back a touch from two-year highs struck earlier.

U.S. December consumer inflation data will be released on Wednesday with headline CPI expected to hit a red-hot 7% year- on-year, boosting the case for rates to rise sooner rather than later.

"We continue to believe liftoff in March is increasingly likely. How these debates are settled will likely have implications for post-liftoff rate hikes," Nomura economists said in a report, referring to U.S. monetary policy.

"In particular, we believe comments regarding earlier runoff and less aggressive rate hikes support our view that the Fed will slow the pace of rate hikes to two per year in 2023."

Oil rose to nearly $82 a barrel, supported by tight supply and hopes that rising coronavirus cases and the spread of the Omicron variant would not derail a global demand recovery.

Stronger risk appetites supported bitcoin, which rose 2.1% to $42,722.21, after dropping below $40,000 the previous day for the first time since September.