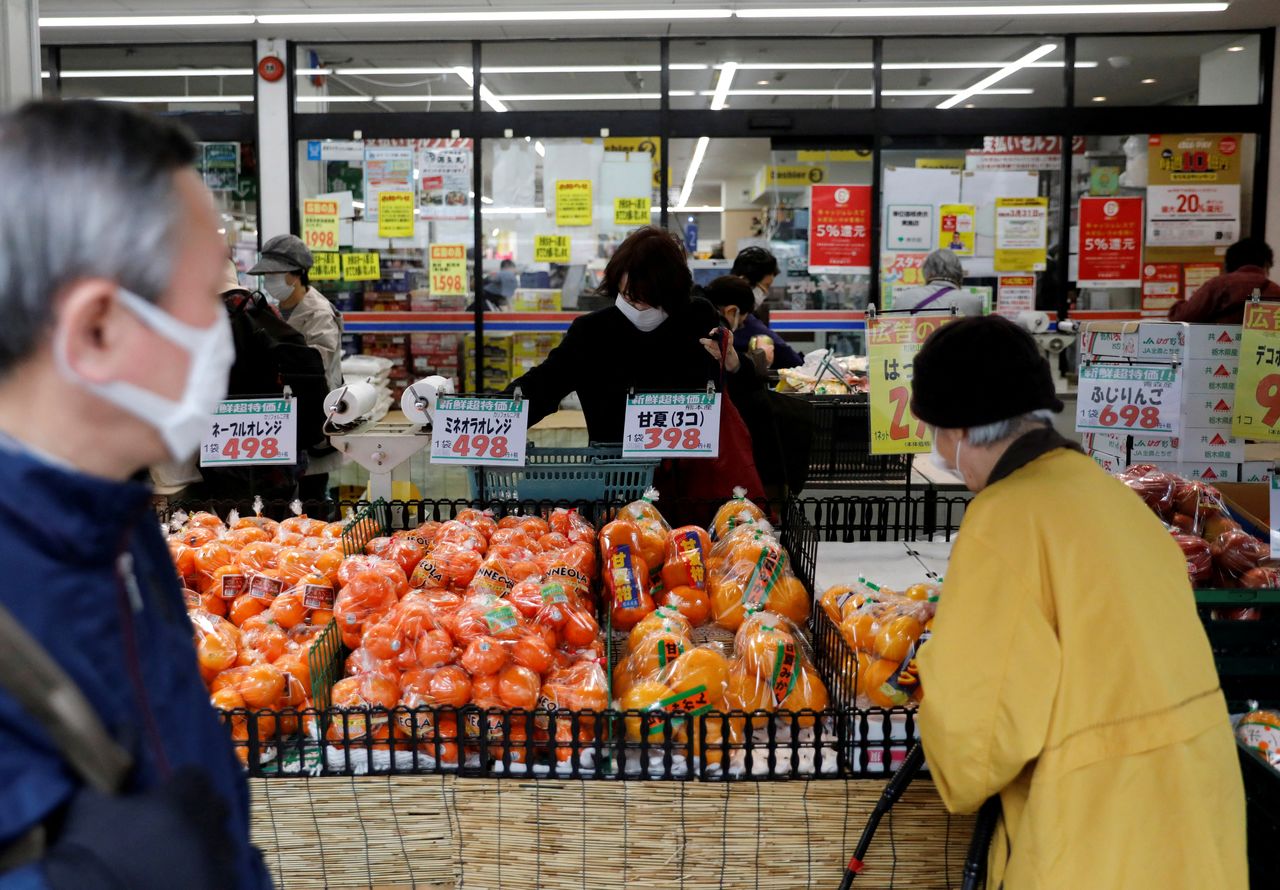 TOKYO (Reuters) -Japanese households' inflation expectations have risen to a more than two-year high, a quarterly survey showed on Tuesday, a sign the rising cost of living was starting to change public perceptions about future price moves.

The result offers some hope for the Bank of Japan's effort to push inflation to its 2% target, partly by changing perceptions about persistent deflation, with aggressive monetary easing.

But analysts doubt whether recent increases in inflation, driven largely by rising fuel and raw material costs, could be sustained unless accompanied by higher wages.

The percentage of households that expect prices to be higher a year from now stood at 78.8%, up from 68.2% in September and hitting the highest level since September 2019, according to the BOJ survey conducted between Nov. 5 and Dec. 1.

Of the total, 80.8% said they expected prices to be higher five years from now, up from 78.1% in the previous survey and marking the highest level since December 2019.

The survey is among the data the BOJ will likely scrutinise at next week's policy meeting to judge whether rising input costs have affected households' inflation expectations.

Nearly nine years of ultra-easy policy have failed to fire up inflation to the BOJ's target as sluggish wage growth weighed on consumption, discouraging firms from increasing prices.

The hope among BOJ policymakers had been to shock the public out of a deflationary mindset with a massive dose of monetary stimulus.

While wholesale inflation hit a record 9.0% in November due to rising global commodity costs, core consumer inflation stood at just 0.5% due partly to the hit to consumption from the coronavirus pandemic.

Some analysts expect core consumer inflation to exceed 1.5% around April, as the drag from cellphone fee cuts last year tapers off and past rises in oil costs push up electricity bills.

Many BOJ policymakers view any such rise in inflation as unsustainable unless accompanied by steady wage gains, pointing to Japan's sticky deflationary sentiment.

Wage growth remains slow partly because Japanese firms do not need to lure back workers with higher pay, after having stuck to their tradition of keeping job cuts at a minimum even during last year's pandemic-induced economic slump.

BOJ Governor Haruhiko Kuroda has said the central bank would keep monetary policy ultra-loose until 2% inflation is achieved, even as its counterparts such as the U.S. Federal Reserve eye an exit from crisis-mode stimulus measures.