Exclusive-Belarusian skiers blame politics after being barred from competition 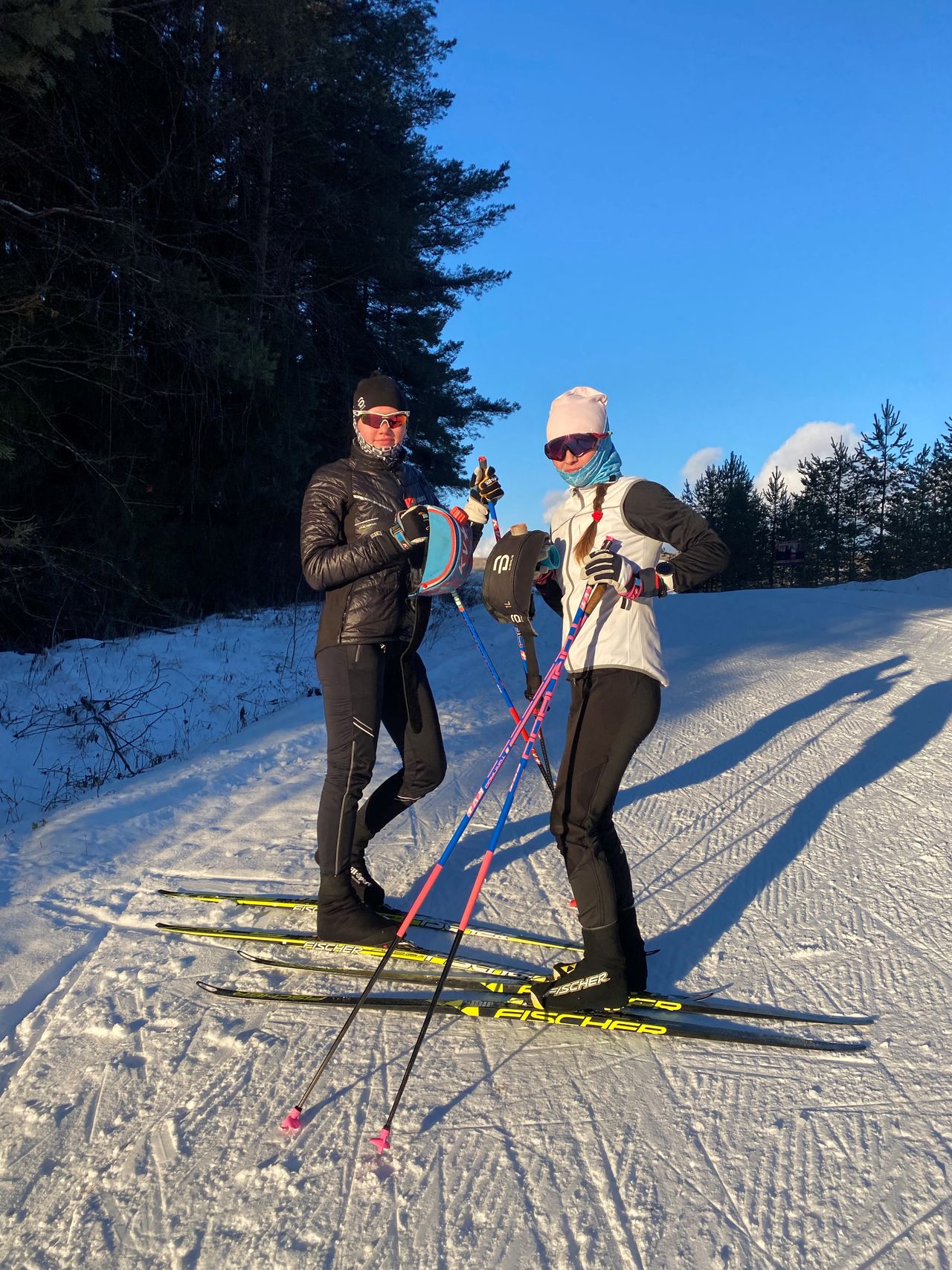 MOSCOW (Reuters) - Two Belarusian cross-country skiers, including one who hoped to compete at next month's Beijing Winter Olympics, say authorities have barred them from competition after sports officials accused them of supporting the country's political opposition.

The skiers, Sviatlana Andryiuk and Darya Dolidovich, are the latest elite athletes to be targeted since a crackdown on critics of veteran leader Alexander Lukashenko after a 2020 presidential election his opponents say was fraudulent. Lukashenko has denied rigging the vote.

The skiers said the Belarus Ski Union last month deactivated their FIS code, an individual identifying number required for athletes to take part in competitions overseen by the International Ski Federation (FIS). They are sidelined from official competitions, including qualifications for major international events.

The skiers say the head of the Belarus Cross-Country Skiing Federation, Aliaksandr Darakhovich, ordered officials in November to prohibit them from competing internationally and taking part in national training camps.

The federation did not respond to a request for comment addressed to Darakhovich, who also serves as deputy chairman of the Minsk city executive committee.

The Belarus Ski Union and the FIS did not immediately respond to Reuters email requests for comment on both cases.

Andryiuk, 22, says the decision forced her to miss a qualifying event that could have allowed her to secure a berth in the Beijing Olympics.

"They (sports officials) accused me word for word of being an opposition supporter," Andryiuk, who also lost her state job over the accusations, told Reuters in a video call.

Andryiuk said she had never publicly voiced her political views, which she described as neutral. She said her situation was compelling her to leave Belarus.

"I don't want to be here," she said. "I'm planning to leave for Poland because it's impossible to live here."

Darya Dolidovich told Reuters, also during a video call, that she believed her father's political views were behind the move.

"I didn't do anything myself that would justify a disqualification and having my FIS code deactivated," she told Reuters, adding that she shared her father's views.

Sergei Dolidovich, who coaches his daughter, said he quit his job at a national training centre after coming under pressure for his support of the opposition.

"The state can no longer have an impact on me," he said. "It can only do so through my daughter."

Some athletes were jailed. Others lost their state employment or were kicked off national teams.

At the Tokyo Olympics last year, Belarusian sprinter Krystsina Tsimanouskaya refused to board a flight back home when she was removed from the Games against her will after publicly complaining about national team coaches. She defected to Poland, saying she feared for her safety if she returned to Belarus.