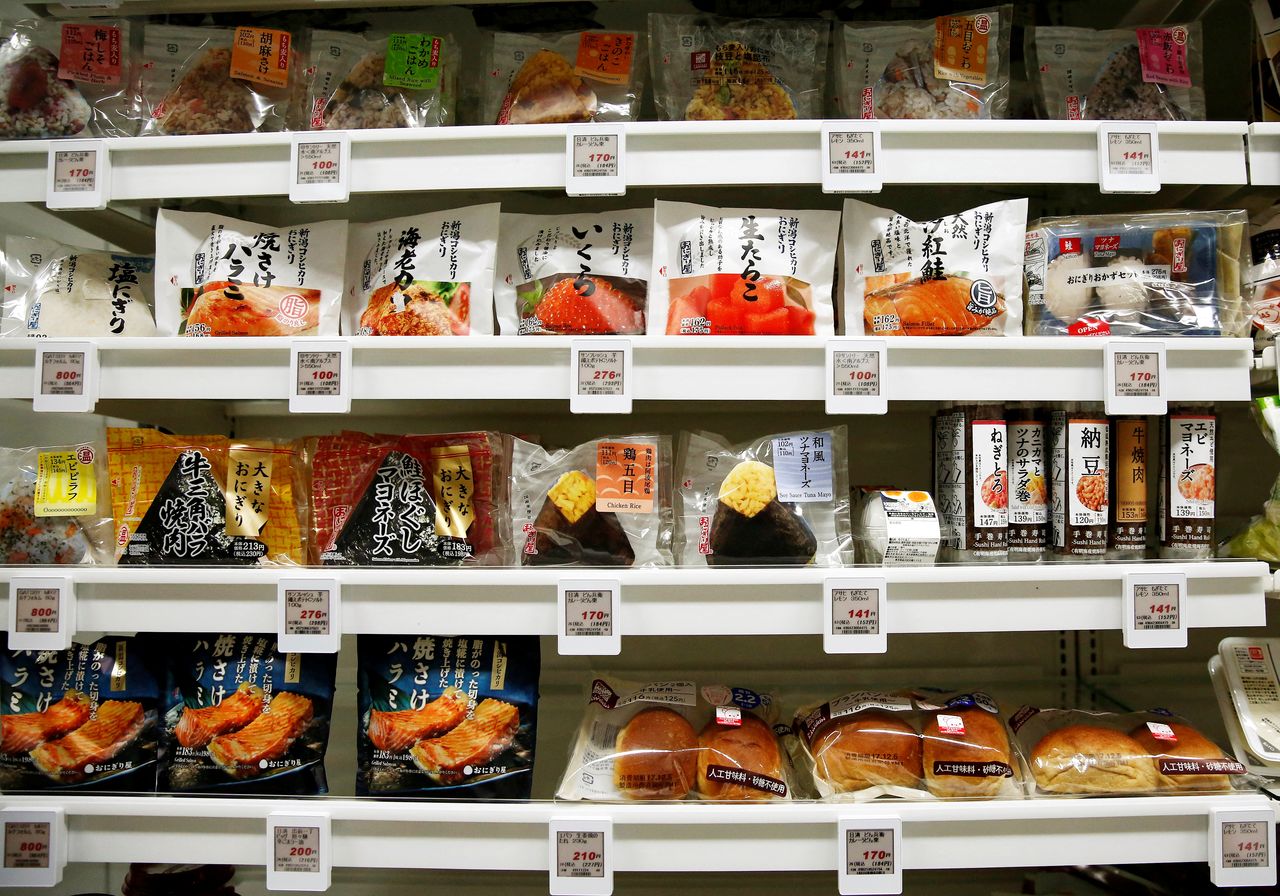 TOKYO (Reuters) - Japanese supermarket chain Ito-Yokado will undertake a government-backed trial to offer variable discounts on more than a dozen products including bread and desserts as their expiry dates approach in an effort to cut waste.

Some analysts warn that such a dynamic pricing approach in which the same goods are priced differently depending on the length of their shelf-life could be bad news for Japan's efforts to stimulate consumer price growth in the long-term.

Nearly nine years of ultra-easy monetary policy have failed to take inflation up to the Bank of Japan's 2% target as weak wage growth and a persistent deflationary mindset among the public weighed on consumption and firms' appetite for raising prices.

Reducing prices on goods that are nearing their expiry dates could emerge as a trend in the world's third-largest economy, given the backing of the Ministry of Economy, Trade and Industry, as the government seeks to cut food waste costs.

In the trial, Ito-Yokado will gradually discount prices on 16 goods at one Tokyo store to give shoppers more incentive to buy products with approaching expiry dates with the aim of cutting back on the amount of food thrown away, a company spokesperson said.

"Their prices will change depending on the day," said the spokesperson, who declined to be identified by name.

The trial will run until the end of next month.

Dynamic pricing based on expiry dates could mean consumers are more likely to put off their shopping as they wait for better deals, which won't help lift prices, said Toru Suehiro, senior economist at Daiwa Securities.

"It may have a negative impact on inflation," Suehiro said, adding that much would depend on how dynamic pricing habits are reflected in the government's consumer price index survey.

Other analysts, however, were more optimistic saying the savings people make could help increase their disposable incomes, which could then be spent on other things.

"On top of that, businesses will make more money if they sell something at a lower price instead of disposing of it," said Toshihiro Nagahama, an economist at Dai-ichi Life Research Institute.