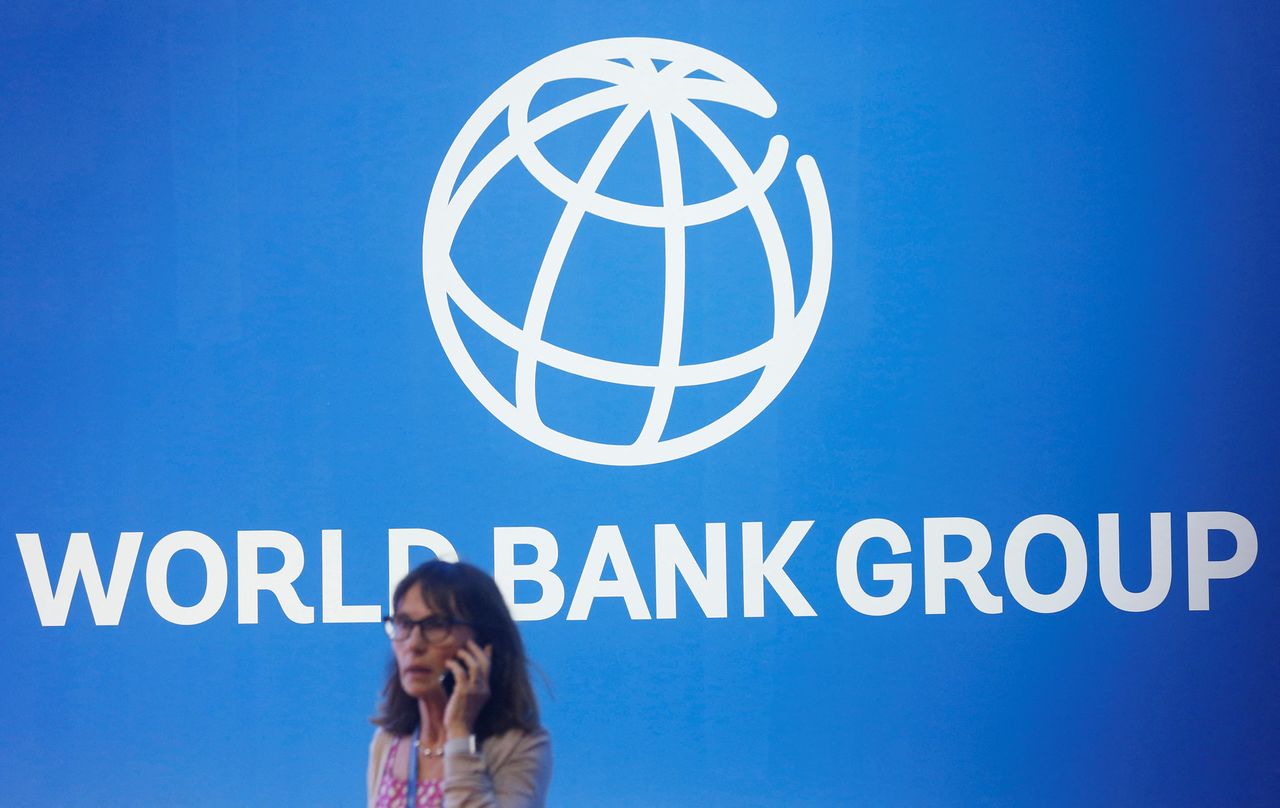 WASHINGTON (Reuters) - The World Bank on Tuesday cut its forecasts for economic growth in the United States, the Euro area and China and warned that high debt levels, rising income inequality and new coronavirus variants threatened the recovery in developing economies.

It said global growth is expected to decelerate "markedly" to 4.1% in 2022 from 5.5% last year, and drop further to 3.2% in 2023 as pent-up demand dissipates and governments unwind massive fiscal and monetary support provided early in the pandemic.

The forecasts for 2021 and 2022 - the first by a major international institution - were 0.2 percentage point lower than in the bank's June Global Economic Prospects report, and could be knocked even lower if the Omicron variant persists.

The International Monetary Fund is also expected to downgrade its growth forecasts in its update on Jan. 25.

The bank's latest semiannual forecast cited a big rebound in economic activity in advanced and developing economies in 2021 after contractions in 2020, but warned that longer-lasting inflation, ongoing supply chain and labor force issues, and new coronavirus variants were likely to dampen growth worldwide.

Seventy percent of 10-year olds in low- and middle-income countries cannot read a basic story, up from 53%, he said.

Ayhan Kose, author of the World Bank report, told Reuters the rapid spread of the highly contagious Omicron variant showed the continuing disruption caused by the pandemic, and said a surge that overwhelmed healthcare systems could knock up to an additional 0.7 further percentage point off the global forecast.

"There is a pronounced slowdown underway," Kose said. "Policy support is being withdrawn and there is a multitude of risks ahead of us."

COVID-19 has caused more than 300 million reported infections worldwide and over 5.8 million deaths, according to data compiled by Reuters. While 59% of the world's population has received at least one dose of a COVID-19 vaccine, only 8.9% of people in low-income countries have received at least one dose, according to the Our World in Data website.

Kose said the risks of a "hard landing" for developing countries were increasing given their limited options to provide needed fiscal support, coupled with persistent inflationary pressures and elevated financial vulnerabilities.

Fragile and conflict-affected economies will remain 7.5% below their pre-pandemic trend, while small island states, rocked by the collapse of tourism, will be 8.5% below.

The bank noted that rising inflation — which hits low-income workers particularly hard — was at its highest since 2008 in advanced economies, and the highest since 2011 in emerging and developing economies.

He said the pandemic had also pushed total global debt to the highest level in half a century, and concerted efforts were needed to accelerate debt restructuring efforts for countries facing debt distress, and get private-sector creditors engaged.