BOJ offers most upbeat view on regional Japan in 8 years 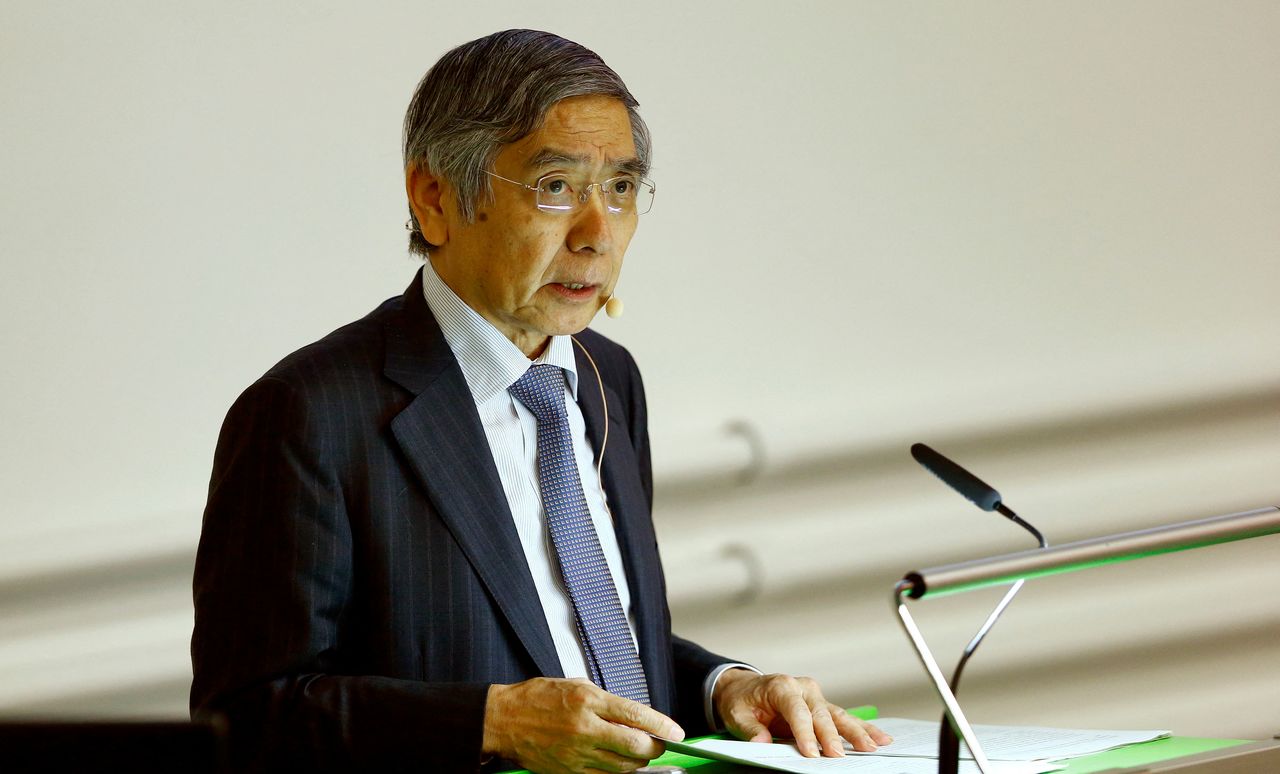 TOKYO (Reuters) -The Bank of Japan offered on Wednesday its most optimistic view of the country's regional economy in more than eight years, in a sign of its confidence that a recent resurgence in coronavirus infections would not derail the country's fragile recovery.

The upbeat assessment heightens the chance the BOJ will revise up its growth and price forecasts for the year beginning in April in fresh projections due next week.

"Japan's economy is picking up as a trend, although it remains in a severe state due to the impact of the coronavirus pandemic," BOJ Governor Haruhiko Kuroda said in a speech to the bank's regional branch managers on Wednesday.

Kuroda also said consumer inflation was likely to gradually accelerate on an expected increase in demand.

In a sign rising energy and raw material costs were emerging as a fresh risk to Japan's recovery, however, the Reuters Tankan poll showed on Wednesday manufacturers turned less positive about their business conditions in January.

The survey highlights the dilemma Japan faces as a country that relies heavily on fuel and food imports, making its economy vulnerable to the type of cost-push inflation now under way.

While rising inflation is welcome progress for the BOJ's effort to achieve its 2% price target, there is a risk the higher cost of living could cool consumption and discourage firms from raising prices - pushing Japan back into deflation.

A separate survey showed that while service-sector sentiment improved in December, an index gauging the outlook worsened on uncertainty over the impact of the Omicron variant.

So far, the BOJ is taking such risks in stride.

In a quarterly report on regional Japan, the central bank raised its economic assessment for all nine regions - the first time it has done so since October 2013.

The assessment on consumption was also revised up for all nine regions for the first time since the BOJ began publishing the report in 2005.

"All of the regions said their economies were picking up or showing signs of a pick-up as the hit to service consumption from the pandemic eases somewhat," the BOJ said in the report.

Japan's economy shrank in the third quarter of last year as supply constraints and curbs on activity to contain the pandemic hit factory output and consumption.

Analysts expect growth to have rebounded in October-December and the current quarter as output and consumption pick up, though a recent spike in Omicron infections clouds the outlook.

The regional report and Reuters Tankan will likely be among factors the BOJ will scrutinise at next week's policy review.

The BOJ is widely expected to maintain ultra-loose policy but emphasise rising inflationary pressure that may shift the balance of risk on the price outlook.

With inflation distant from the BOJ's 2% target, however, Governor Kuroda is likely to stress the central bank's readiness to keep monetary settings loose.

While wholesale prices in November climbed to a record 9.0% from a year earlier, soft wage growth and consumption have kept core consumer inflation stuck at a more modest 0.5% in November.