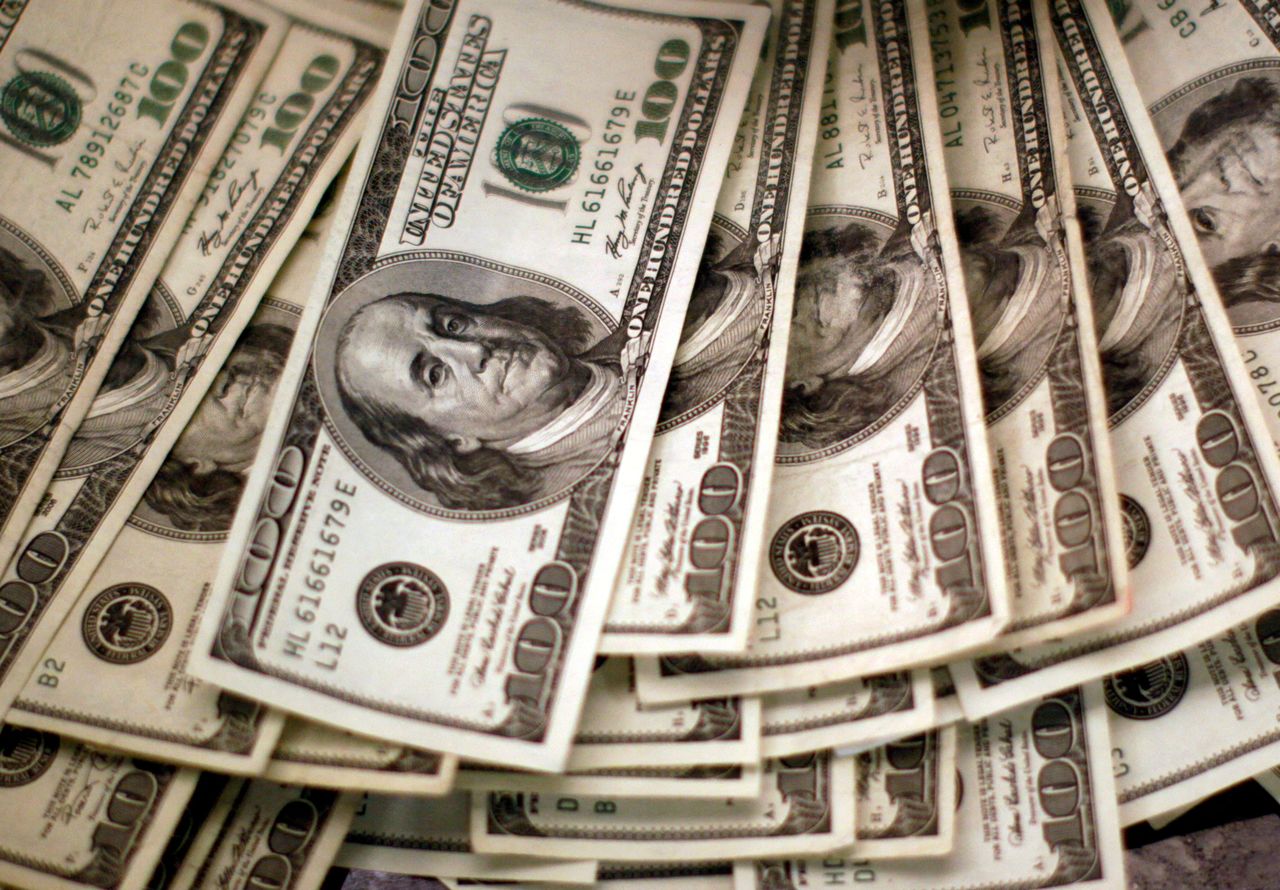 NEW YORK (Reuters) -The dollar fell to a two-month low against a basket of currencies on Wednesday after data, which showed an expected surge in U.S. consumer prices in December, fell short of offering any new impetus for the Federal Reserve's policy normalization efforts.

U.S. consumer prices surged in December, with the annual increase in inflation the largest in nearly four decades, which could bolster expectations that the Federal Reserve will start raising interest rates as early as March.

The consumer price index increased 0.5% last month after advancing 0.8% in November, the Labor Department said on Wednesday. In the 12 months through December, the CPI surged 7.0%, the biggest year-on-year increase since June 1982. Economists polled by Reuters had forecast the CPI gaining 0.4% and shooting up 7.0% on a year-on-year basis.

"The dollar's problem though is that the market already has highly hawkish expectations for Fed policy this year. So as hot as today's CPI price was, it merely reinforced what's already baked in for the dollar and Fed policy," Manimbo said.

Federal Reserve Chair Jerome Powell on Tuesday gave no clear indication that the Fed was in a rush to speed up plans for tightening monetary policy, putting some downward pressure on the greenback which has benefited from U.S. rate-hike expectations in recent weeks.

"(It's) just a case of the market currently getting too ahead of itself with Fed normalization; we will need to see this inflationary impact from Omicron really play out for the Fed to hike four times and embark on quantitative tightening this year I think," said Simon Harvey, senior FX market analyst at Monex Europe.

"While we don’t think today’s CPI release will derail the Fed’s likely liftoff in March, continued reports of narrow inflation pressures will likely lead markets to trim expectations of the normalization cycle across 2022 as a whole, which will undoubtedly result in sustained USD depreciation," Harvey said.

Traders have priced in an about 80% chance of a rate hike in March, according to CME’s FedWatch tool.

The Australian dollar, often considered a liquid proxy for risk appetite, rose 1.04% to a one-week high against the U.S. dollar. The weaker greenback and higher oil prices helped lift the Canadian dollar to its highest level in nearly two months.

And sterling was 0.56% higher, helped by the weaker dollar and a view that the worst of the Omicron COVID-19 surge may be passing in Britain - helping pave the way for another near-term rise in UK interest rates.

Elsewhere, bitcoin was 2.3% higher at $43,717.08, extending its rebound from the five-month low touched on Monday.