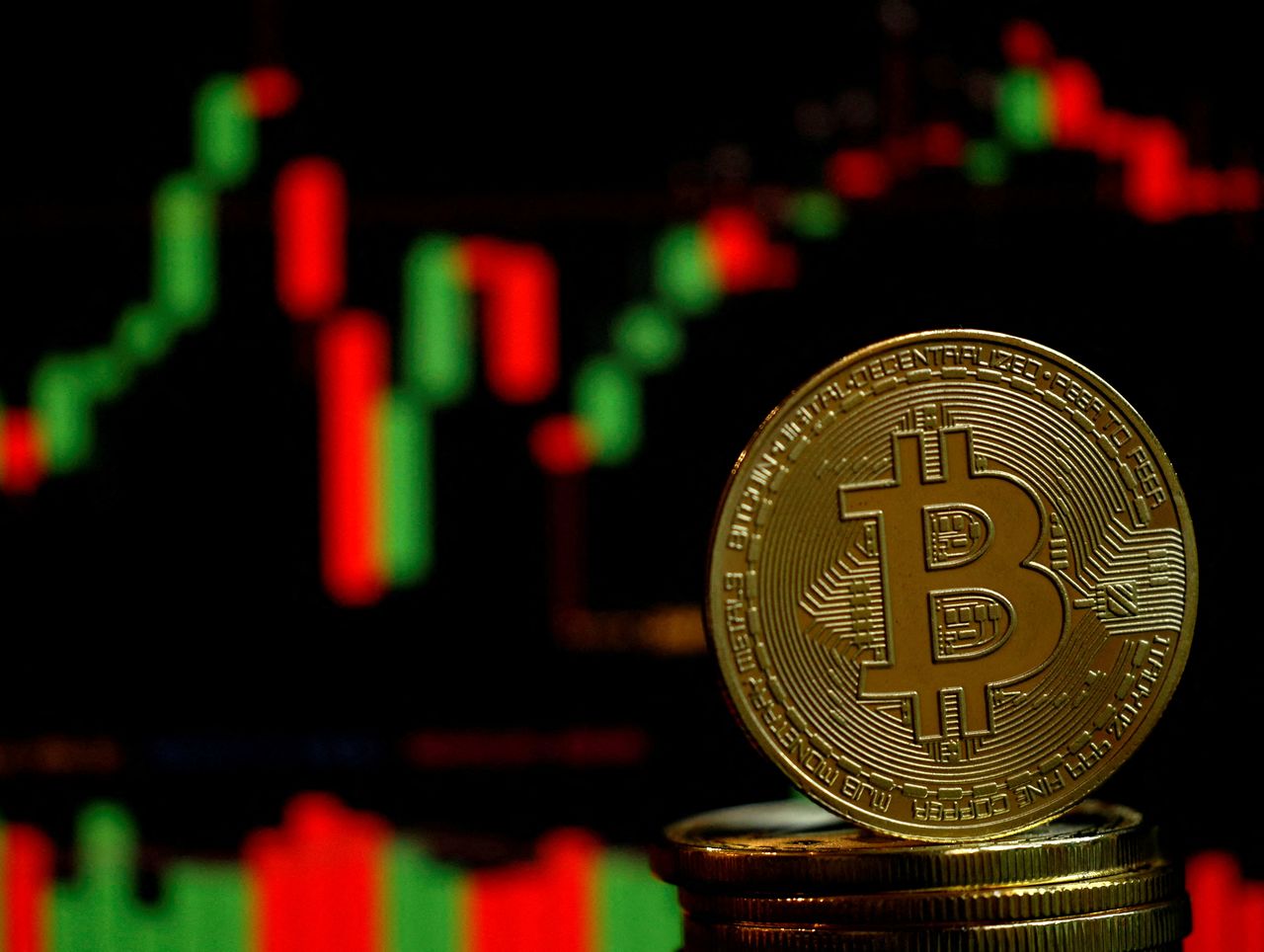 FILE PHOTO: A representation of the virtual cryptocurrency Bitcoin is seen in this picture illustration taken June 14, 2021. REUTERS/Edgar Su/Illustration/File Photo

The Brazilian firm, valued at roughly $2.2 billion, declined to disclose the terms of the acquisition, but said the transaction is pending approval with Banco de Portugal, the nation's central bank.

CriptoLoja has been operating since July last year. In June 2021, it received Portugal's first official license as a virtual asset service provider.

"Portugal is a strategic market for us, because it requires a specific license, is becoming an important hub for crypto in Europe and opens a gateway into the larger European market," said Roberto Dagnoni, chief executive officer of 2TM group, in a statement.

The Brazilian holding company will start its expansion into Europe with an over-the-counter (OTC) operation. As a second phase, it intends to take the entire MercadoBitcoin.com platform to retail and institutional investors.

Borges said in the statement that the crypto ecosystem is flourishing in Portugal, but it is still an emerging topic in the country.

The Portuguese exchange is one of many acquisitions that 2TM is looking to undertake, not only in Europe, but also in Latin America.

"We're looking at several jurisdictions where we can acquire companies that have already existing licenses or have filed for licenses," Daniel Carneiro da Cunha, 2TM's executive director, corporate development told Reuters in an earlier interview.

"We will be looking at other jurisdictions as well to set up proprietary operations and through that be able to gain exposure to regulatory and existing licenses."

The Brazilian firm raised $200 million from Japan's SoftBank Group Corp for Mercado Bitcoin in a financing round over the summer.