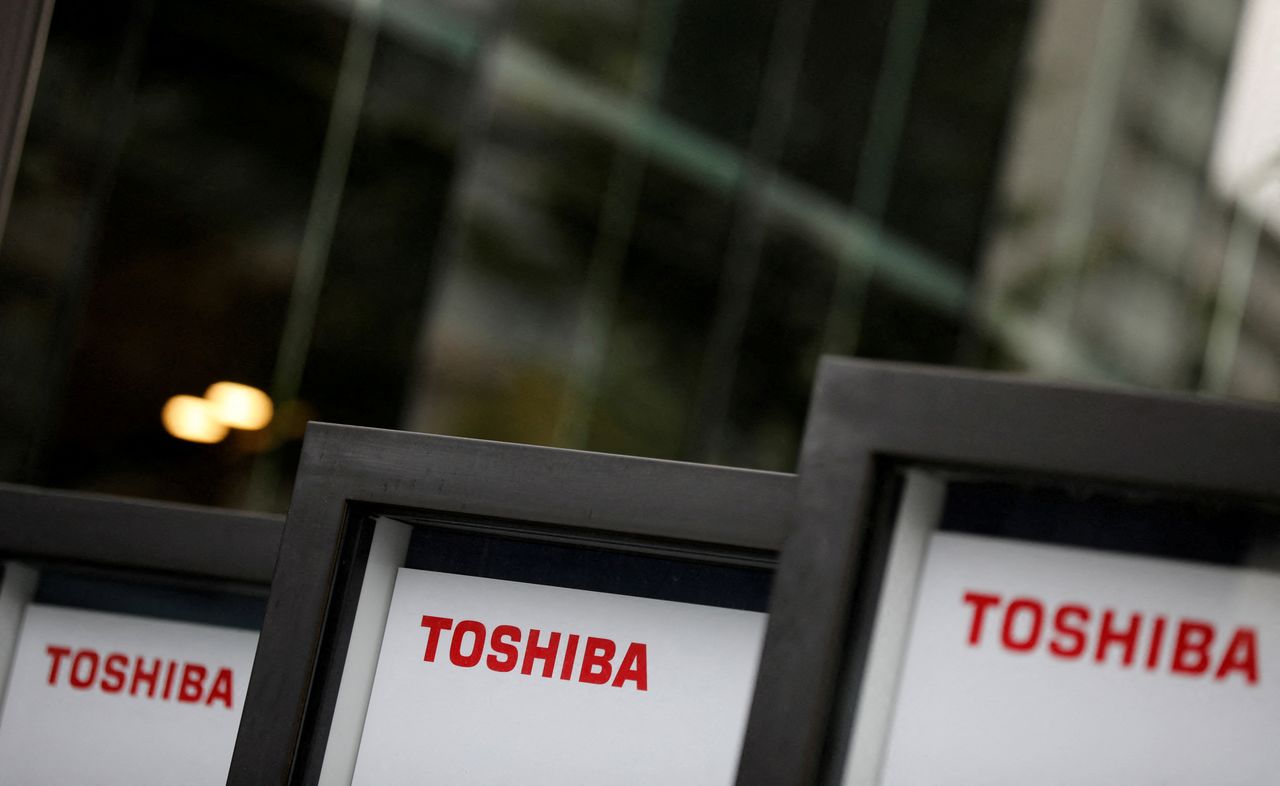 TOKYO (Reuters) - Toshiba Corp's proposal to split itself into three companies won't solve its governance issues and the conglomerate should prioritise an overhaul of its board and management, said a senior executive at one of Japan's largest pension funds.

Ken Hokugo, corporate governance director at the Pension Fund Association (PFA), said the interests of Toshiba management and shareholders are "not aligned".

"The most orthodox solution to the discrepancy is to bring onto the board someone who can monitor and discipline management, and to let the revamped board to select the new chief executive," he said in written responses to Reuters queries.

Hokugo declined to comment on how the PFA, which owns an undisclosed amount of shares in Toshiba, would vote on the conglomerate's plan to break up into three companies - one for energy and infrastructure, another for electronic devices and a third to house its flash memory chip assets.

Nonetheless, his comments highlight broad shareholder concern about Toshiba, marking a rare public pronouncement from an influential Japanese pension fund, part of an industry that typically stays silent about companies they invest in.

The PFA, which provides benefits to people who have left their employee pension programmes, is one of the country's largest pension funds with 12.5 trillion yen ($108 billion) in assets.

Foreign shareholders have, however, been more vocal about their concern, with several of them having a tense relationship with Toshiba management after it was found by a shareholder-commissioned investigation last year to have colluded with the trade ministry to blunt their influence.

Toshiba said in a statement to Reuters that its board and management firmly believe the break-up plan is "the best path to create additional value for our stakeholders."

Hokugo noted successful turnarounds at Olympus Corp and chip materials maker JSR Corp, which both invited shareholder ValueAct Capital to take a board seat. "As a result of overhauls assisted by a ValueAct partner, their corporate values shot up," he said.

Some Toshiba shareholders have told Reuters they are publicly or privately pushing the firm to do a more thorough review that would take into account potential private-equity bids.

Toshiba failed to formally solicit buyout offers during a five-month strategic review before deciding on the break-up, giving the impression that a split was a foregone conclusion for management, Hokugo said.

He also said it was understandable that some shareholders wanted to see a private equity deal as taking Toshiba private could allow for drastic measures that may be not possible for a listed company.

Hokugo also stressed that it should be up to shareholders, not management, to decide on the best option to increase corporate value.

Toshiba plans to hold an extraordinary shareholder meeting https://www.reuters.com/business/toshiba-shareholder-calls-extraordinary-meeting-vote-break-up-plan-2022-01-06 in March to gauge shareholder support for the break-up plan, but the exact date and what the bar will be for shareholder approval have yet to be decided.

It will also brief investors on Feb. 7-8 on the business strategies of the companies to be created from the break-up.

Years of accounting scandals and governance issues have seen Toshiba's market value more than halve to around $18 billion from an early 2000s peak.