Soccer-USWNT to kick off 2022 with training camp in Austin 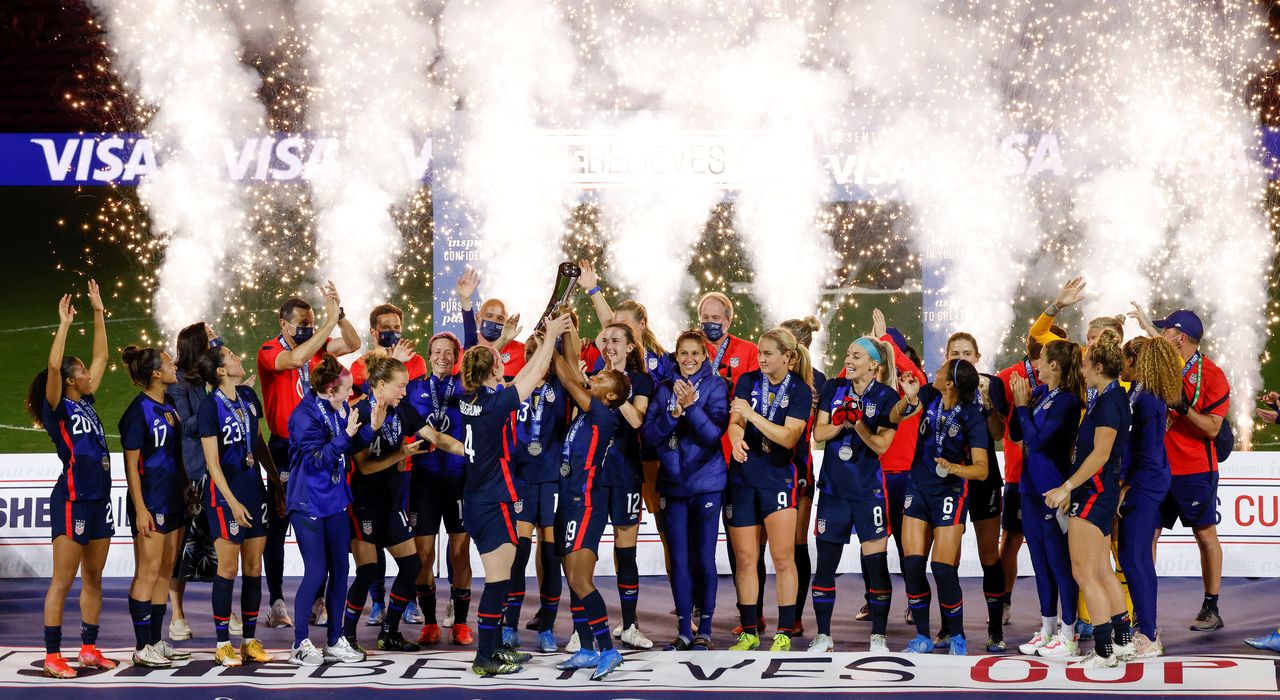 (Reuters) - The U.S. women's national team will have 10 members of the squad that won bronze at last year's Tokyo Olympics for their first training camp of 2022 next week in Austin, Texas.

With no internationals scheduled during the Jan. 19-28 camp, USWNT head coach Vlatko Andonovski will use the opportunity to have more intense sessions to kick off a year in which they hope to qualify for the 2023 Women's World Cup and 2024 Paris Olympics.

"Without any matches that we need to taper for, we can get in some more intense trainings and full-field scrimmages, which is great as we need to give this group as many chances as possible to play together in a national team environment," Andonovski said in a statement on Wednesday.

"We understand that some of the players are coming off a break, so we'll keep that in mind as we hit the ground running in 2022 for what will be a very important year for these players and our team."

The camp marks the return of several World Cup and Olympic veterans who did not make the trip to Australia last November for the final two matches of 2021, including goalkeeper Alyssa Naeher, defender Kelley O'Hara, midfielder Samantha Mewis and forward Mallory Pugh.

The only player on the roster earning her first call-up to the USWNT is 2021 National Women's Soccer League Rookie of the Year Trinity Rodman, a 19-year-old forward who is still age-eligible for the 2022 Under-20 Women's World Cup.

The world champions play their first matches of the year at next month's SheBelievesCup when they face the Czech Republic, New Zealand and Iceland in a four-team tournament being held in Carson, California and Frisco, Texas.