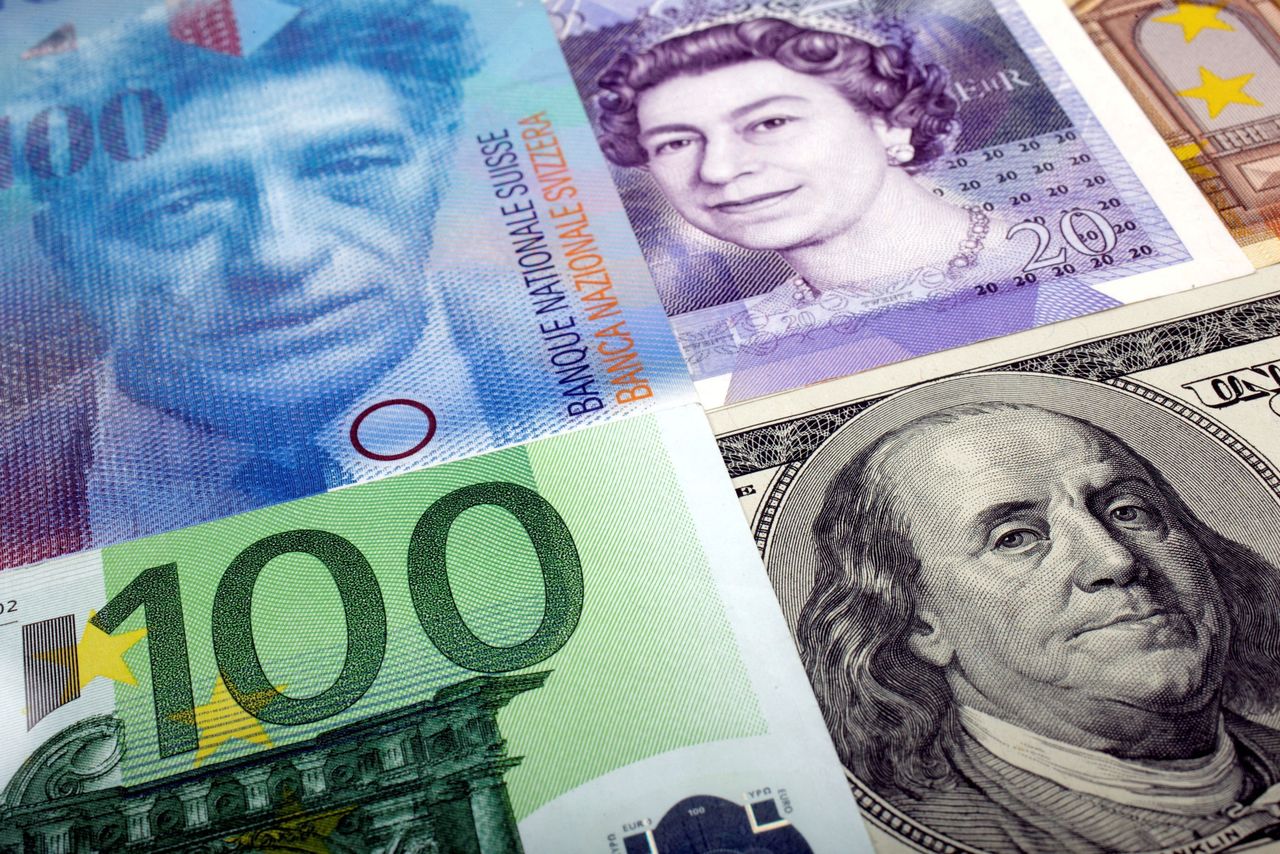 NEW YORK (Reuters) - The dollar fell against a basket of currencies on Thursday to a two-month low, a day after data that showed an expected surge in U.S. consumer prices in December fell short of offering any new impetus for the Federal Reserve's policy normalization efforts.

The U.S. Dollar Currency Index, which tracks the greenback against six major currencies, was down 0.2% at 94.791, its lowest since Nov. 10. The index, which rose 6.3% in 2021, is down about 1% for the week, on pace for its worst weekly performance in about eight months.

"Coming into the new year the dollar positioning was very much skewed to being long," said Mazen Issa, senior FX strategist at TD Securities.

"Yesterday's inflation numbers, in conjunction with (Fed Chair Jerome) Powell's testimony for his nomination hearing, were basically just in line with what markets had already positioned for," Issa said. "There wasn't anything materially new."

December's monthly U.S. consumer inflation figures, published on Wednesday, were a fraction higher than forecast and the increase in year-on-year consumer prices was, as expected, 7% - its biggest jump since June 1982.

Nevertheless, traders do not see these inflation readings as urgently shifting an already hawkish Fed too much. With at least three interest rate hikes already in the market price, some investors pared bets on further dollar gains.

Powell on Tuesday gave no clear indication that the Fed was in a rush to speed up plans for tightening monetary policy, putting some downward pressure on the greenback, which has benefited in recent weeks from expectations for a rapid pace of policy normalization.

U.S. producer price inflation slowed in December as the cost of goods fell amid signs that stretched supply chains were starting to ease, hopeful signs that inflation has probably peaked.

As continued high inflation eats further into Americans' pocketbooks, Federal Reserve Governor Lael Brainard on Thursday became the latest, and most senior, U.S. central banker to signal that the Fed is getting ready to start raising interest rates in March.

TD Securities' Issa attributed part of the selling pressure on the greenback to technical factors, with the euro on Wednesday rising above the $1.14 level for the first time since mid-November.

"Once we got through that $1.14 level, momentum players likely flipped to sell dollars on that move," he said.

International Monetary Market speculators exited 2021 with a net long position in the dollar that was close to the largest it has been in two years.

"The scale of the dollar sell-off must surely be partially indicative of positioning," MUFG analyst Derek Halpenny wrote in a research note. (Graphic: Bullish on the buck, https://fingfx.thomsonreuters.com/gfx/mkt/zgvomaywavd/Pasted%20image%201642087117672.png)

Sterling, which has been rallying as traders reckon Britain's economy can withstand a surge in COVID-19 cases and that the Bank of England is going to hike rates again as soon as next month, rose 0.11% to $1.372, its highest since late October.

The Australian dollar, often considered a liquid proxy for risk appetite, was 0.07% higher at $0.7289, its strongest since mid-November.

The broadly weaker greenback helped lift the Canadian dollar for a third day.