Uniqlo owner to hike prices in sign of shift for Japan 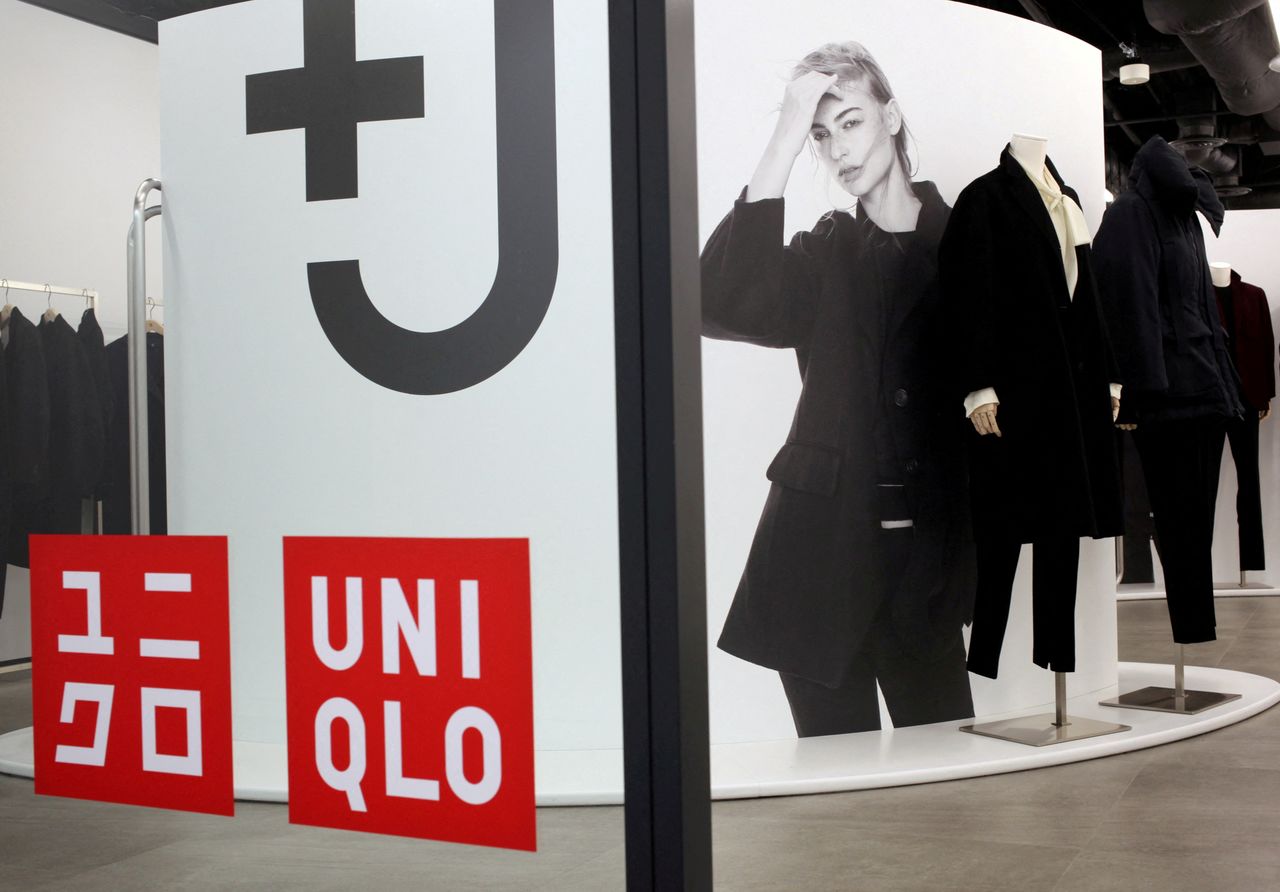 TOKYO (Reuters) - Clothing retailer Uniqlo will have to raise prices of some products due to higher costs for raw materials and shipping, its owner said on Thursday, becoming a high-profile example of Japanese firms throwing off a decades-old deflationary trend.

The comments from Fast Retailing, which reported a near 6% rise in quarterly operating profit thanks to a strong showing in overseas markets outside of China, come as more Japanese firms say they can no longer offset soaring costs with belt-tightening.

Years of stagnant prices and wages have made Japan Inc nervous about charging more for fear of alienating shoppers and losing market share. But the weakening yen is further driving up costs adding to the inflationary pain following the pandemic.

"We have reached a point where we have no choice but to raise the prices of some products," Chief Financial Officer Takeshi Okazaki told reporters in Tokyo, citing weakness in the yen that is driving up the cost of raw materials and shipping.

The currency recently hit its weakest in five years against the dollar.

Japanese firms' reluctance to raise prices - and wages - has long been a headache for policymakers who want to see a virtuous spending cycle that drives economic growth as the country ages and the population declines.

A Reuters poll in November showed that while only 14% of Japanese firms had passed on costs to customers, another 40% planned to do so.

Still, Okazaki noted that hiking prices was not an easy issue, especially for a company that competes on price.

"Our basic policy is to avoid raising prices as much as possible, recognising that our customers have strict cost expectations," he said.

Operating profit rose 5.6% to 119.4 billion yen ($1.04 billion) in the three months ended Nov. 30. That beat the market's consensus of 102.6 billion yen, according to the average of analysts' forecasts from Refinitiv.

It maintained its forecast for operating profit to climb 8.4% to 270 billion yen in the fiscal year ending in August.

The results marked a reversal from the past few years when China and Japan were the big sales and profit growth drivers.

The company said in October it expects a gradual recovery to pre-pandemic levels as COVID-19 vaccinations progress and as it makes further inroads in the Chinese market.

Fast Retailing opened a flagship store in Beijing in November, its third megastore in mainland China, and plans to open 100 locations in the country each year going forward.

Fast Retailing's shares have fallen 9.5% year-to-date, compared with a 1.1% drop in the benchmark Nikkei 225 index.