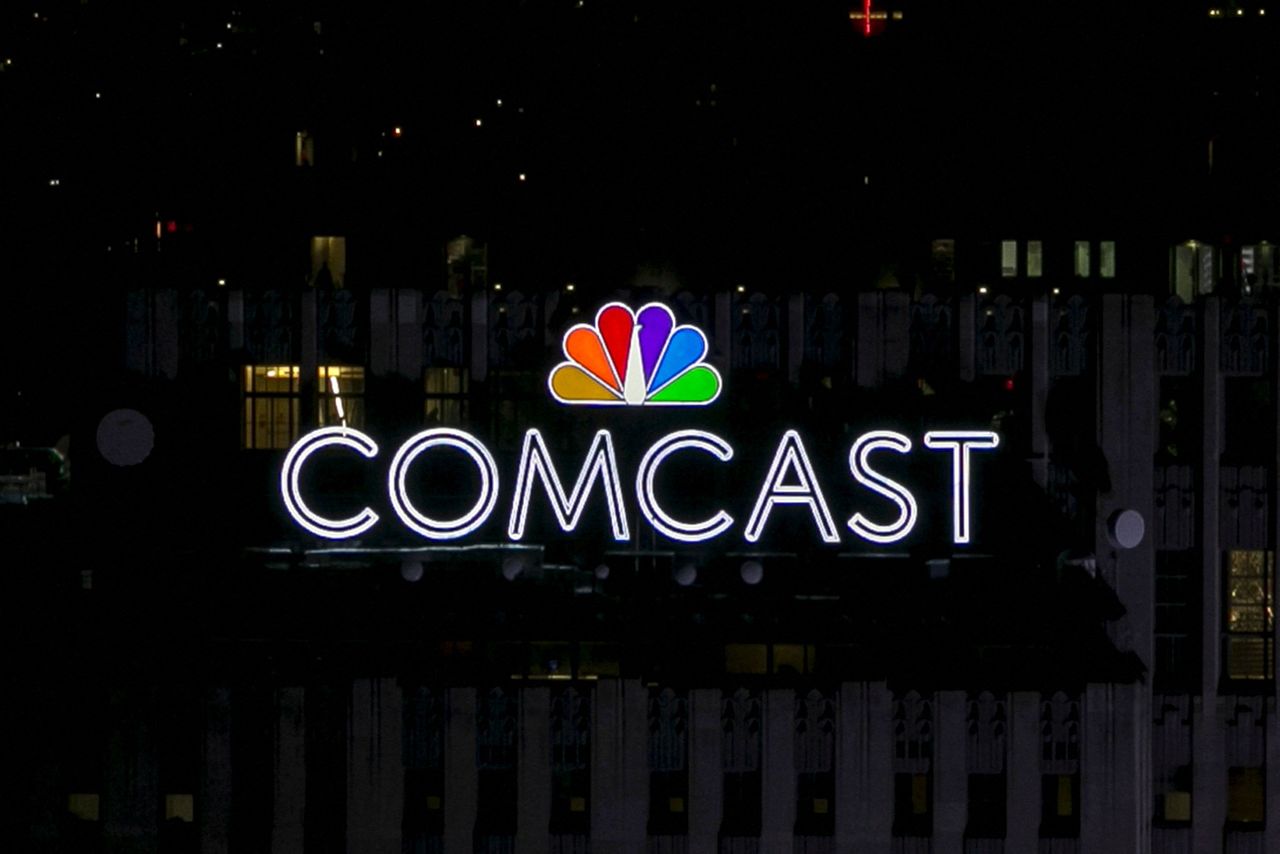 FILE PHOTO: The NBC and Comcast logo are displayed on top of 30 Rockefeller Plaza, formerly known as the GE building, in midtown Manhattan in New York July 1, 2015. REUTERS/Brendan McDermid

(Reuters) - NBCUniversal is partnering with TV measurement firm iSpot.tv in a multi-year deal to measure its audience in new ways, the company said on Thursday, the latest move among media companies dissatisfied with how video content is measured.

The deal comes as Nielsen, the leader in TV measurement, faces fierce criticism from its TV industry clients, many of which say it has insufficiently captured consumers' shift to streaming. Nielsen measures TV audiences through a sample set of panelists who use special devices in their homes.

NBCU is launching the partnership in time to measure audiences of the Beijing Olympic Games and Super Bowl LVI, both of which will be broadcast on NBC and streamed on its Peacock streaming service.

TV ratings are the backbone of the industry's business model, enabling advertisers to track viewers and helping networks set the price for ad slots. TV advertising is expected to total $171 billion this year, according to a forecast from ad agency GroupM.

In April the trade group representing the major television networks said Nielsen undercounted TV viewers during the pandemic when the company's technicians were unable to get into panelists' homes to fix devices. That charge was later confirmed by the Media Ratings Council (MRC), which enforces measurement standards in media, and which in September stripped Nielsen of its accreditation for both local and national TV measurement.

On Aug. 23, weeks after its broadcast of the Tokyo Olympics, which drew a record-low audience, NBCU issued a call for "measurement independence." It issued a request for proposals to 54 companies, including Nielsen, inviting them to participate in a new set of measurement tools to help "modernize the industry's approach."