TOKYO (Reuters) - Bank of Japan policymakers are debating how soon they can start telegraphing an eventual interest rate hike, which could come even before inflation hits the bank's 2% target, sources say, emboldened by broadening price rises and a more hawkish Federal Reserve.

While an actual rate hike is hardly imminent and the BOJ is on course to maintain ultra-loose policy at least for the rest of this year, financial markets may be under-estimating its readiness to gradually phase out its once-radical stimulus programme.

"The BOJ never committed to keep rates on hold until inflation exceeds 2%," a source familiar with the BOJ's thinking said, a view echoed by two more sources.

"That means theoretically, it can raise rates before inflation is sustainably above the target."

After nine years of aggressive monetary easing, the BOJ appears to be finally getting what it wanted. Inflation is creeping up toward its elusive goal and already shifting public perceptions that deflation will persist.

With the rise driven by higher raw material prices, rather than a hoped-for uptick in domestic demand, the BOJ's near-term priority is to avoid a transitory blip in inflation from fueling market speculation of an early policy tightening.

Many BOJ officials don't expect conditions to fall into place to justify a rate hike this year, given uncertainty on whether consumption will strengthen enough to allow firms to keep raising prices.

That may mean an actual rate hike may not come until well into 2023 and under a new governor who would succeed incumbent Haruhiko Kuroda, whose term ends in April next year.

But the Fed's steady rate hike plan, a weak yen and growing public discontent over rising living costs are prodding the BOJ to be bolder in brainstorming a future exit plan, sources said.

"For the first time in a while, there's not just downside but upside risks to the price outlook," a second source said.

"The BOJ needs to pay close attention to what other central banks are doing," a third source said, pointing to an increasing number of overseas counterparts eyeing rate hikes.

The central bank's nine-member board is split between those who see scope to scale back stimulus, and those cautious of taking any step that could be interpreted as policy tightening, the sources said.

JOINING THE LINE FOR THE EXITS

The BOJ has already been phasing out quantitative easing (QE) by steadily tapering asset purchases. The current pace of its bond buying is less than one-fifth the level in 2016, when it shifted to a policy targeting interest rates from the pace of money printing.

It is also slowing purchases of risky assets and will phase out a coronavirus pandemic-relief loan scheme in March, a move that will reduce cash supply to the economy.

The BOJ has been able to taper without shocking markets partly as the moves came when stocks were rallying and the yen was weakening as a trend.

For the BOJ, the sequence would be to continue tapering asset buying and move towards tweaking its yield curve control (YCC) targets, which are set at -0.1% for short-term rates and around zero for 10-year bond yields.

The central bank is starting to drop signals that the days of forever-zero-rates may be numbered by flagging heightening prospects of rising inflation.

That followed a comment by deputy governor Masayoshi Amamiya that inflationary pressures were gradually growing with more companies being able to pass on costs to consumers.

The next step could be to tweak its guidance on the future path of rates, from the current pledge to keep them at "current or even low levels," the sources said.

This may happen even before inflation sustainably hits 2%.

The BOJ promises to increase the pace of money printing until inflation stably exceeds 2%. But it has made no promise on how long it will keep its rate targets at current levels.

"It's clearly intentional," said a fourth source on the rate guidance language. "Central banks must leave themselves with some flexibility in adjusting rates."

While there is no consensus within the BOJ, ideas include abandoning negative rates, widening the implicit band under which it allows 10-year yields to move around its 0% target, or targeting shorter-duration bond yields, the sources said.

There is uncertainty on how soon the BOJ can actually raise rates, even as expectations grow that the Fed will hike three times this year, starting as soon as March.

Years of aggressive monetary easing and prodding by the government have failed to convince firms into raising wages.

The government depends on the BOJ to underwrite Japan's huge debt pile which, at twice the size of its economy, is the biggest among advanced nations. Even a small rise in borrowing costs could deal a devastating blow to Japan's finances.

That could mean the task of raising rates would be left to the next BOJ governor. Amamiya is considered among strong candidates to succeed Kuroda.

"If consumers become more accommodating to price hikes, that could allow the BOJ to debate raising rates," a fifth source said. "But negotiating with the government won't be easy and will take time, given Japan's huge public debt." 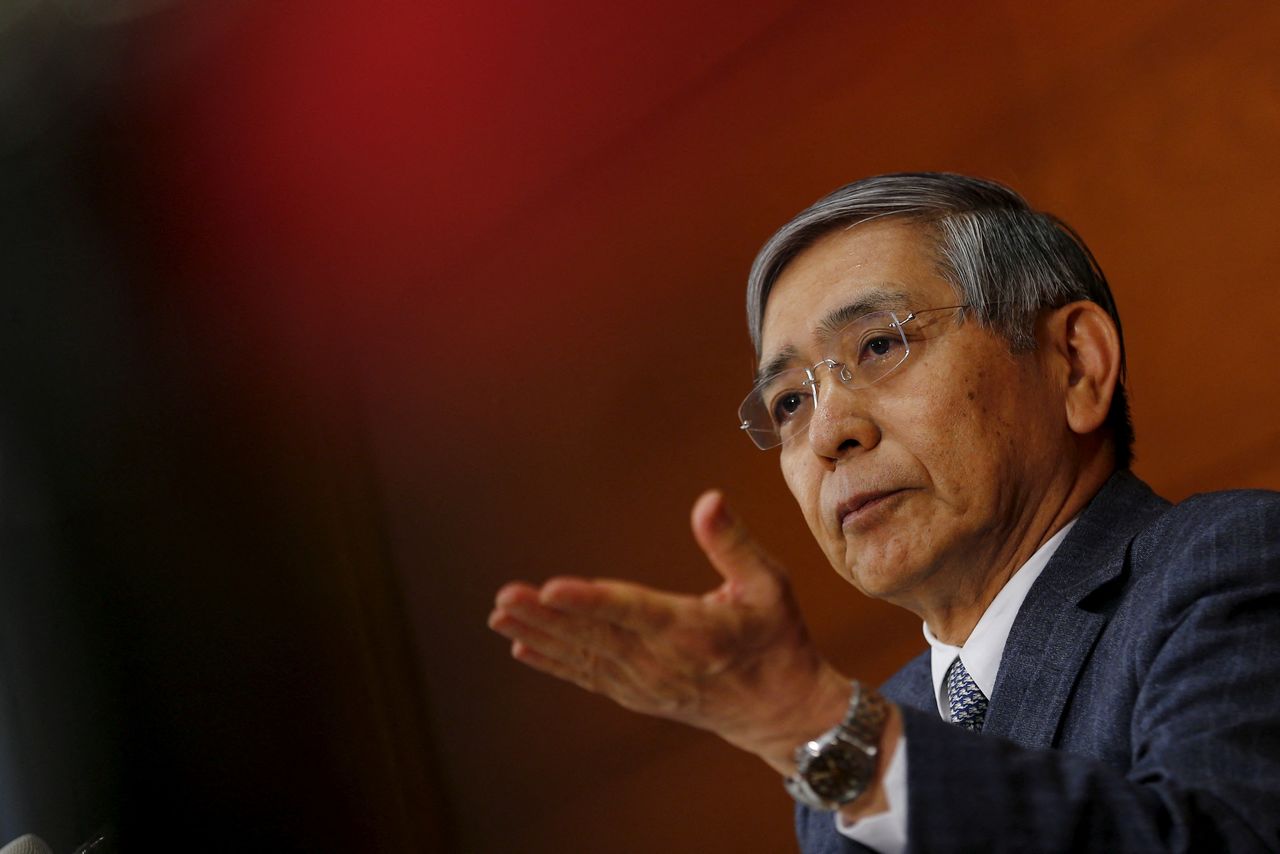 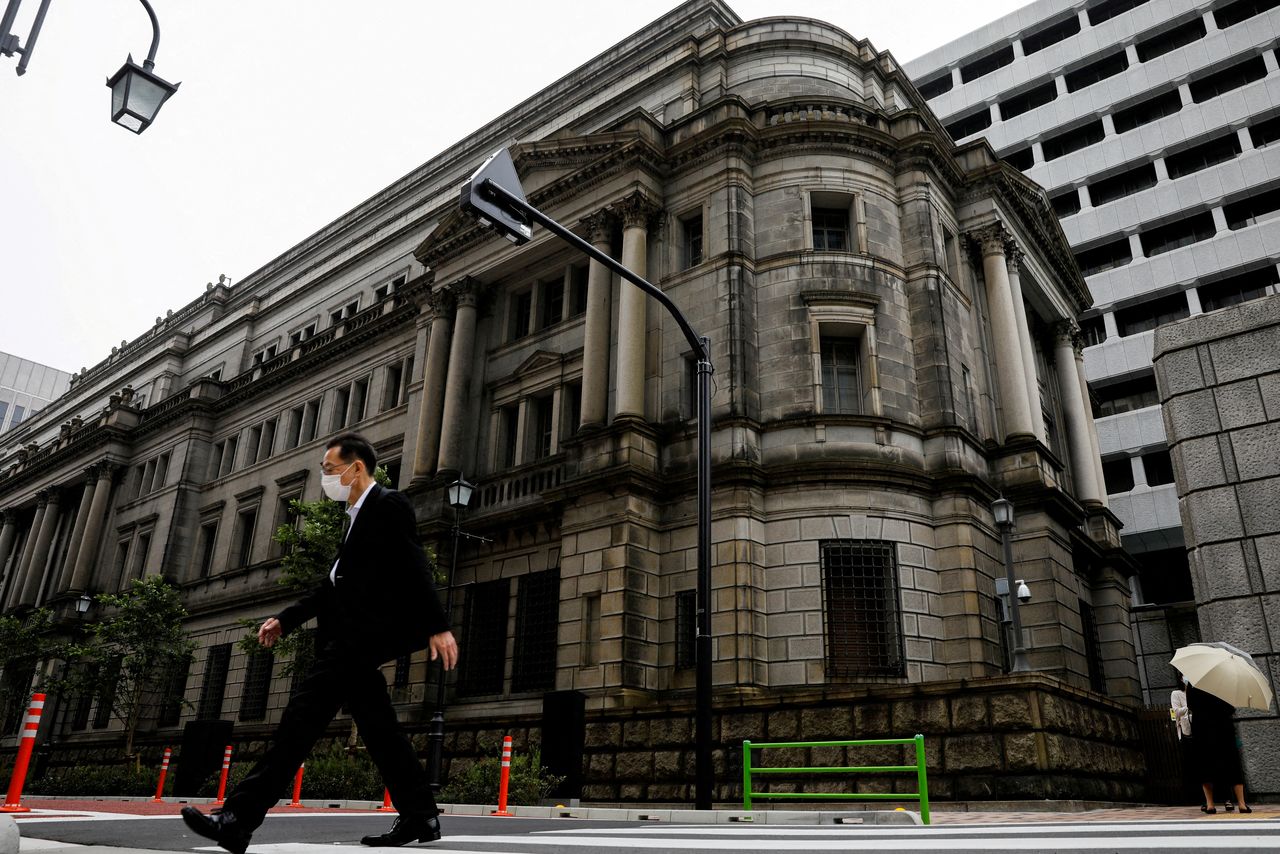 FILE PHOTO: A man wearing a protective mask walks past the headquarters of Bank of Japan amid the coronavirus disease (COVID-19) outbreak in Tokyo, Japan, May 22, 2020.REUTERS/Kim Kyung-Hoon/File Photo/File Photo 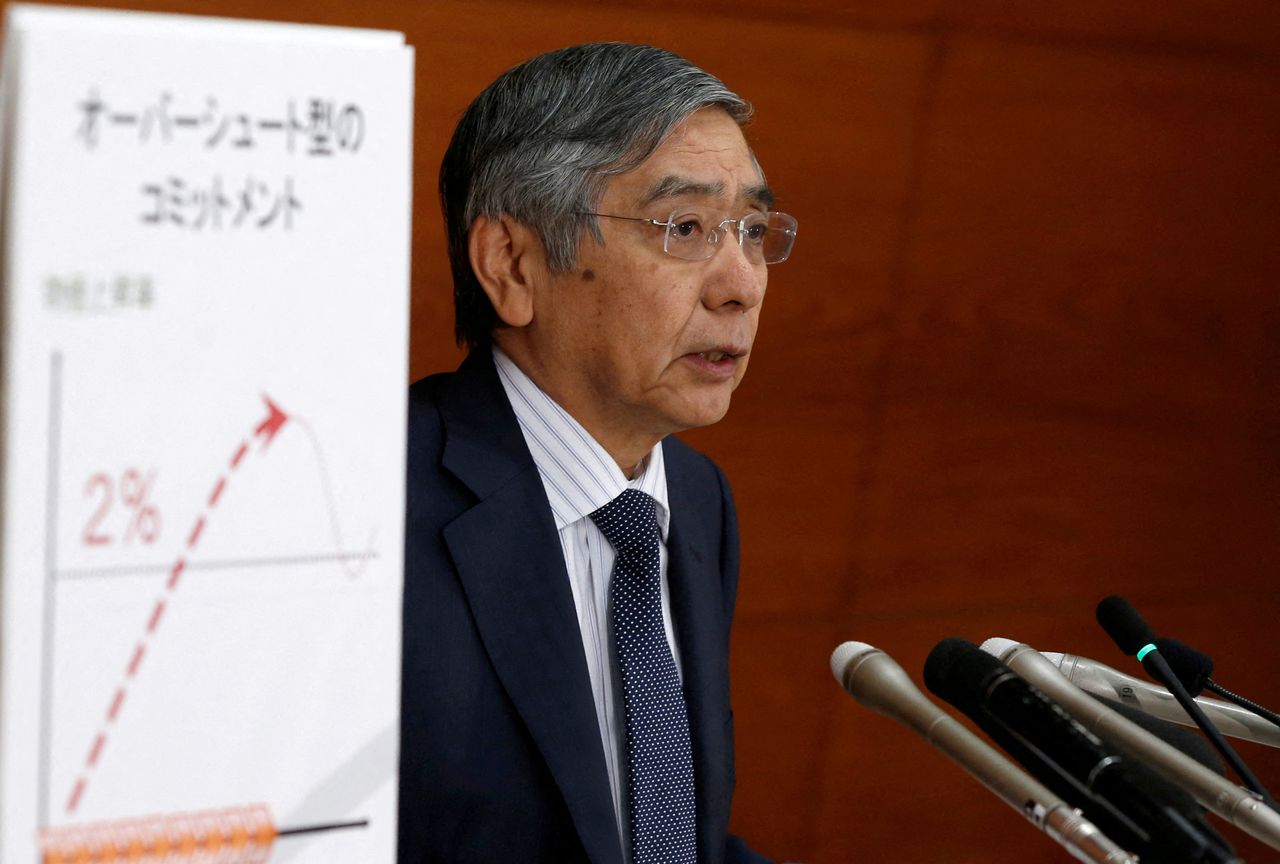