TOKYO (Reuters) - Japanese two-time Olympic all-around champion Kohei Uchimura, one of the best male gymnasts of all time, said on Friday that while he's retiring from competition, he hopes to keep on with gymnastics for as long as his body will let him.

Dubbed "King Kohei" for his outstanding success, Uchimura won a total of seven Olympic medals, including three golds, at Beijing, London and Rio, but came away empty-handed from the Tokyo Games last year after deciding to concentrate on horizontal bar and crashing out in the qualifying rounds.

"What's retirement? To me, that means not being a competitor anymore. But I can still be a gymnast," Uchimura, 33, told a news conference at a Tokyo hotel.

"There's still lots I can do," he said, adding he hopes to continue learning about the sport he began at the age of three at the hands of his parents, both former competitive gymnasts.

"As long as I can still move my body, I will keep on doing gymnastics. But competition is now just too tough."

Uchimura won every world and Olympic all-around title from 2009 to 2016 and became the first man in 44 years to top the individual all-around podium in back-to-back Olympics with a nail-biting final in the 2016 Games.

That performance, with Ukraine's Oleg Verniaiev leading the standings from the third rotation, was one of two shining moments for Uchimura in a 30-year career marked by what he termed "very few times I was satisfied" with his own performance.

"Rio - it wasn't just coming from behind and a thing that will remain in Olympic history, but the way Oleg and I were able to dominate that night," he said. "That was unique."

But as age and injury took their toll, Uchimura decided late in 2019 to concentrate on the horizontal bar for the Tokyo Games. His Olympics career ended abruptly when he lost hold of the bar and fell to the floor.

Even then, he said Friday, he was still "fifty-fifty" about retirement. It was preparations for the world championships held in Kitakyushu, the city where he was born, in October, that finally decided him.

"The pain of my body, of course, was part of why I could no longer do world-level training, but it was more that I didn't have the motivation," Uchimura said. "That I could no longer take my body to that level with the force of my will."

Though Uchimura said nothing about future plans, he hinted at coaching. Before that, he intends one last hurrah - an exhibition in March during which he will take on all six apparatus.

"I'll whip this hurting body through to perform on all of them," he said with a smile.

"It'll be tougher than qualifying for Tokyo, and that depresses me a bit, but I want to go out this way." 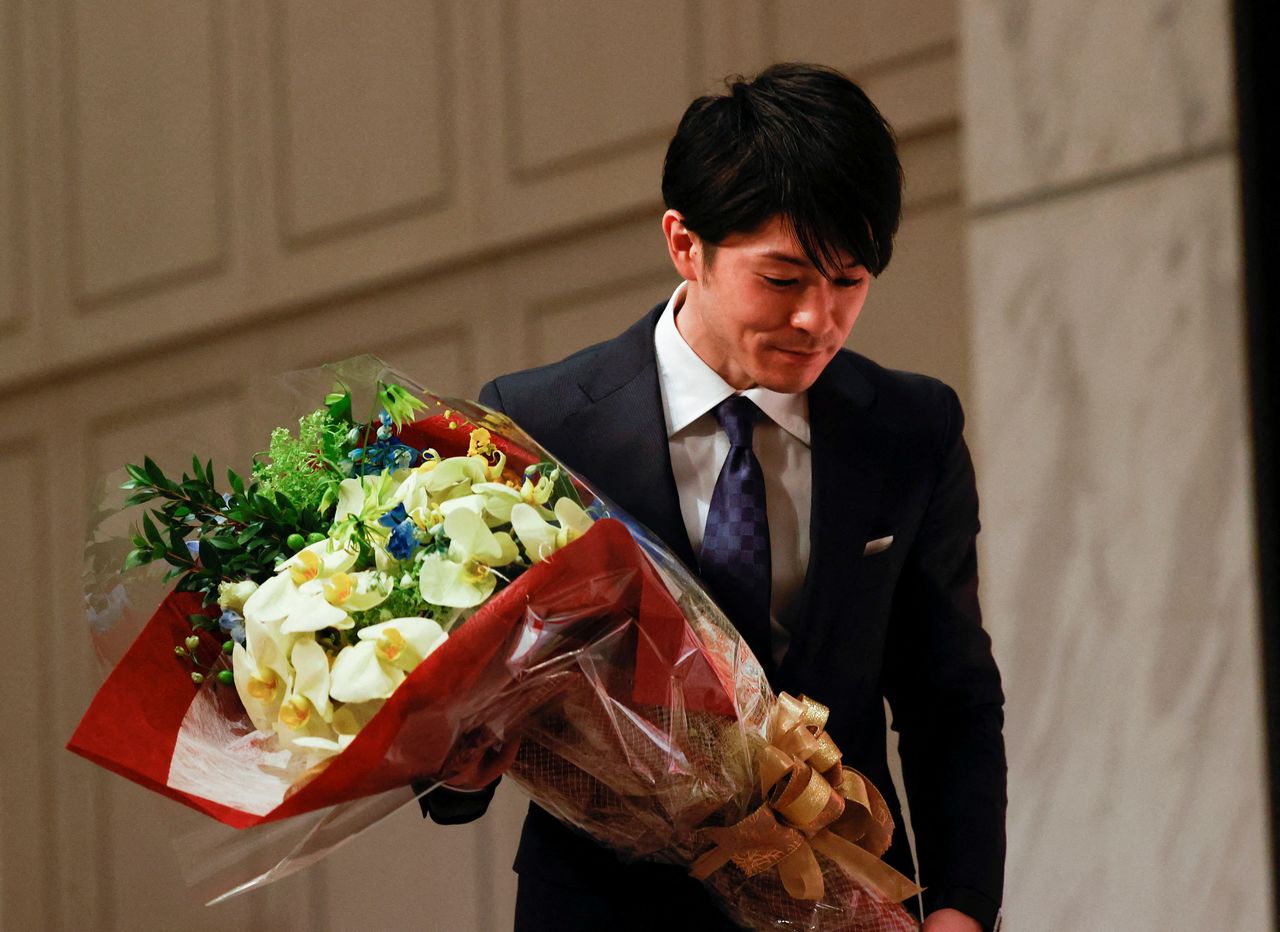 Japan's two-time Olympic all-around gymnastics champion Kohei Uchimura bows as he receives a bouquet at the end of a news conference on his retirement in Tokyo, Japan January 14, 2022. REUTERS/Issei Kato 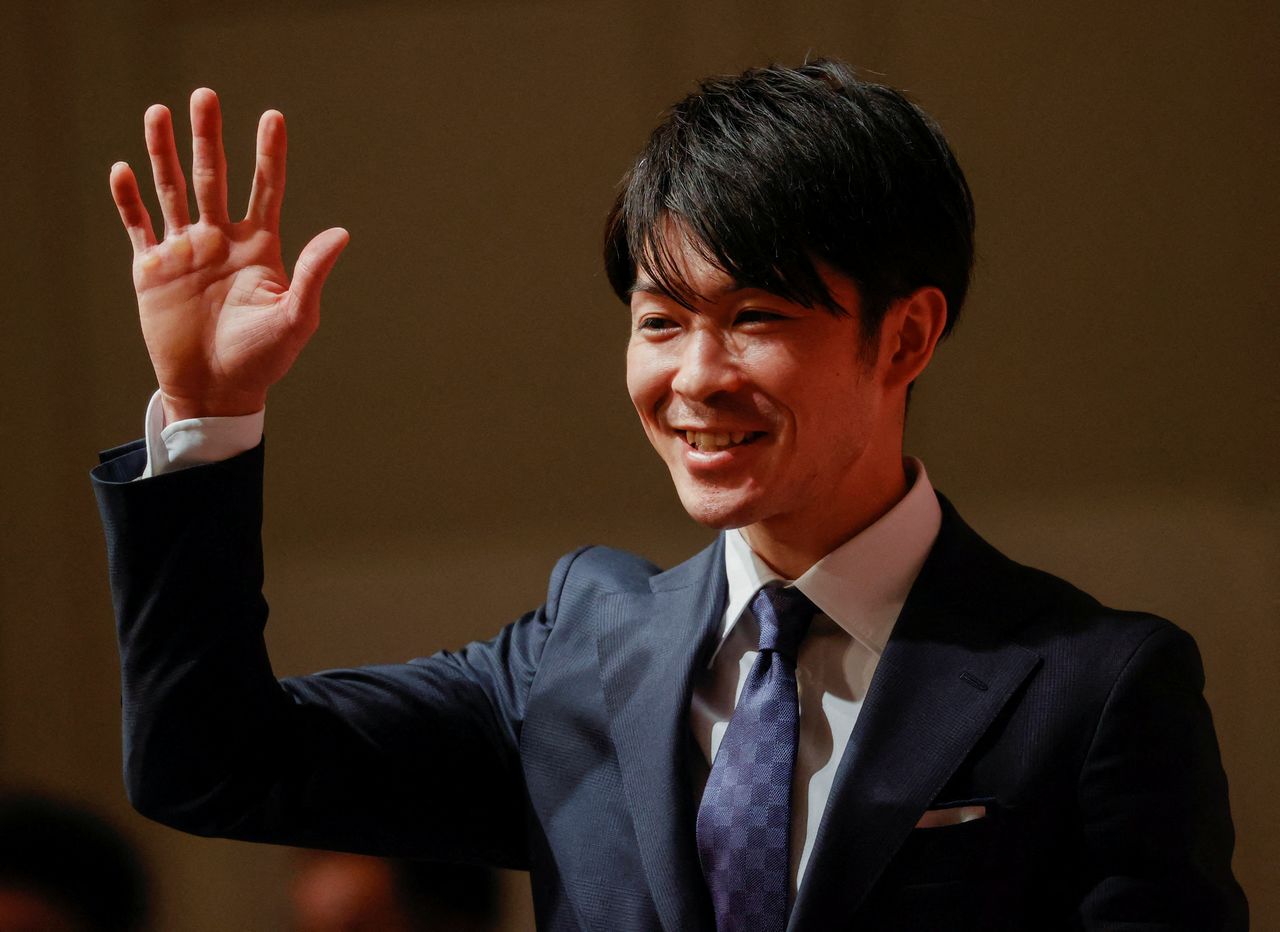 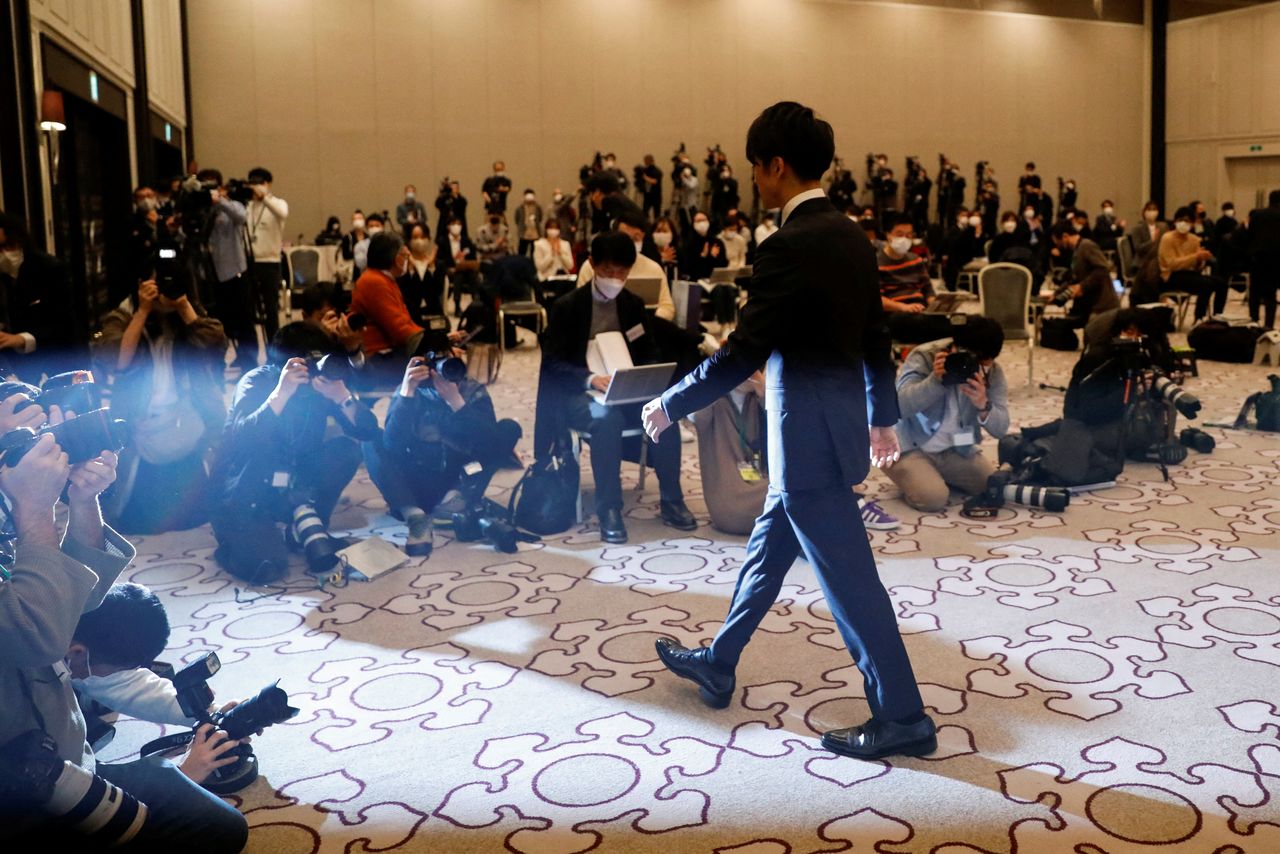 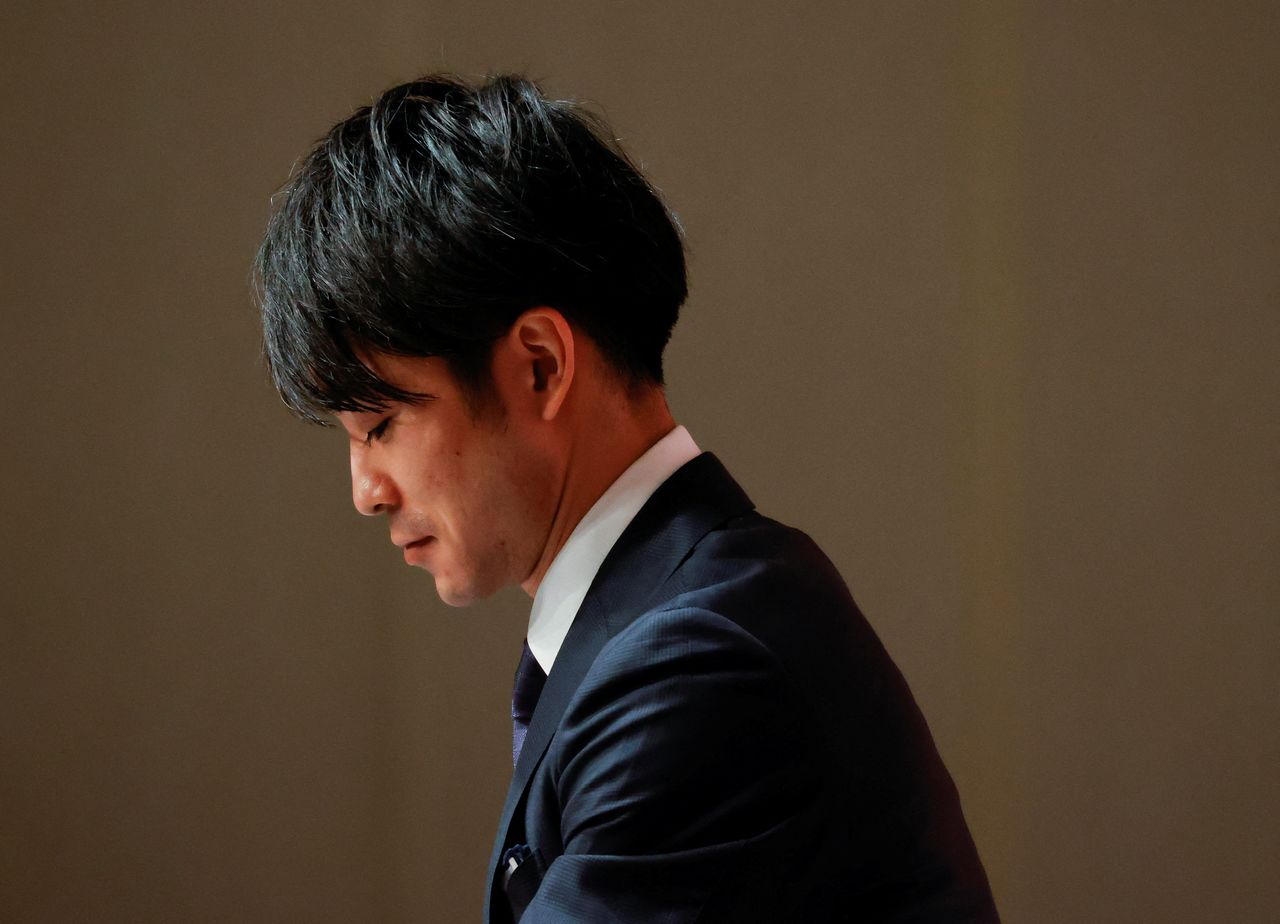 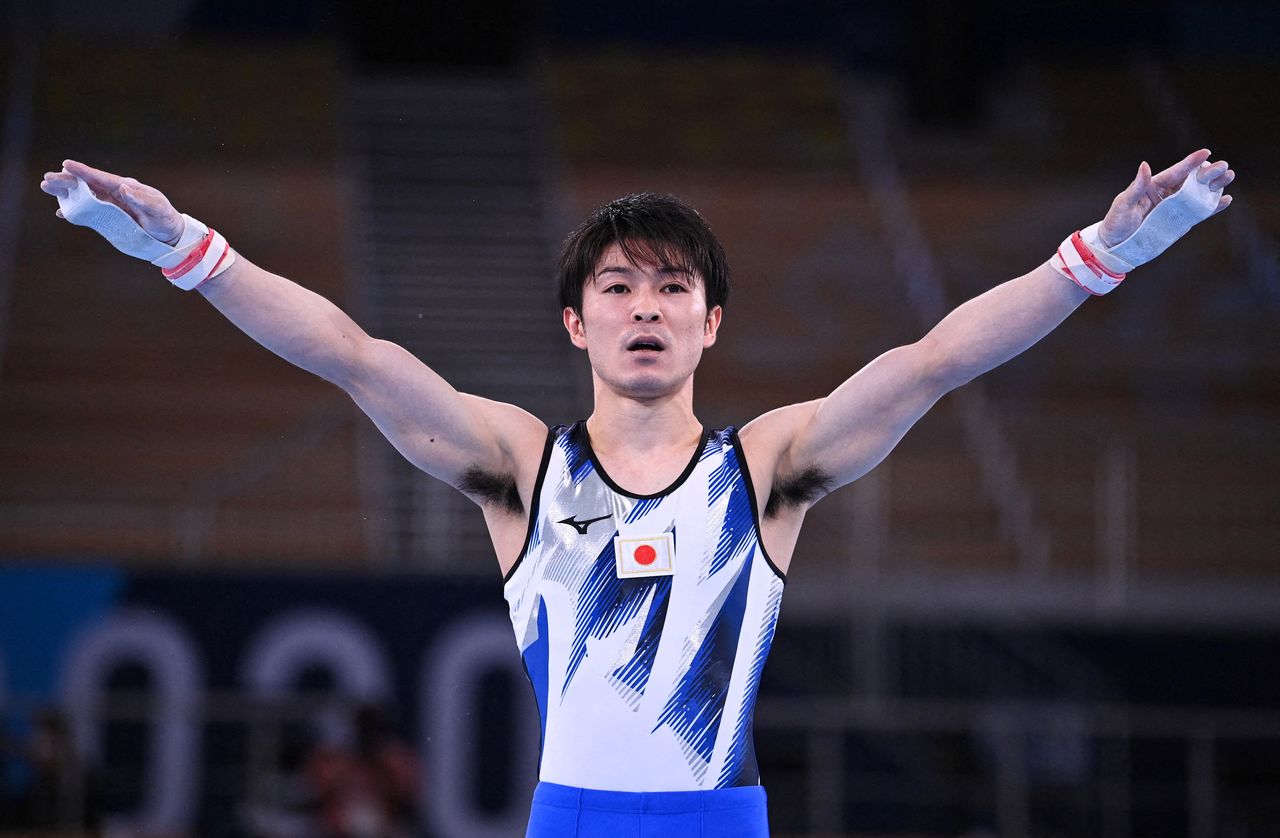