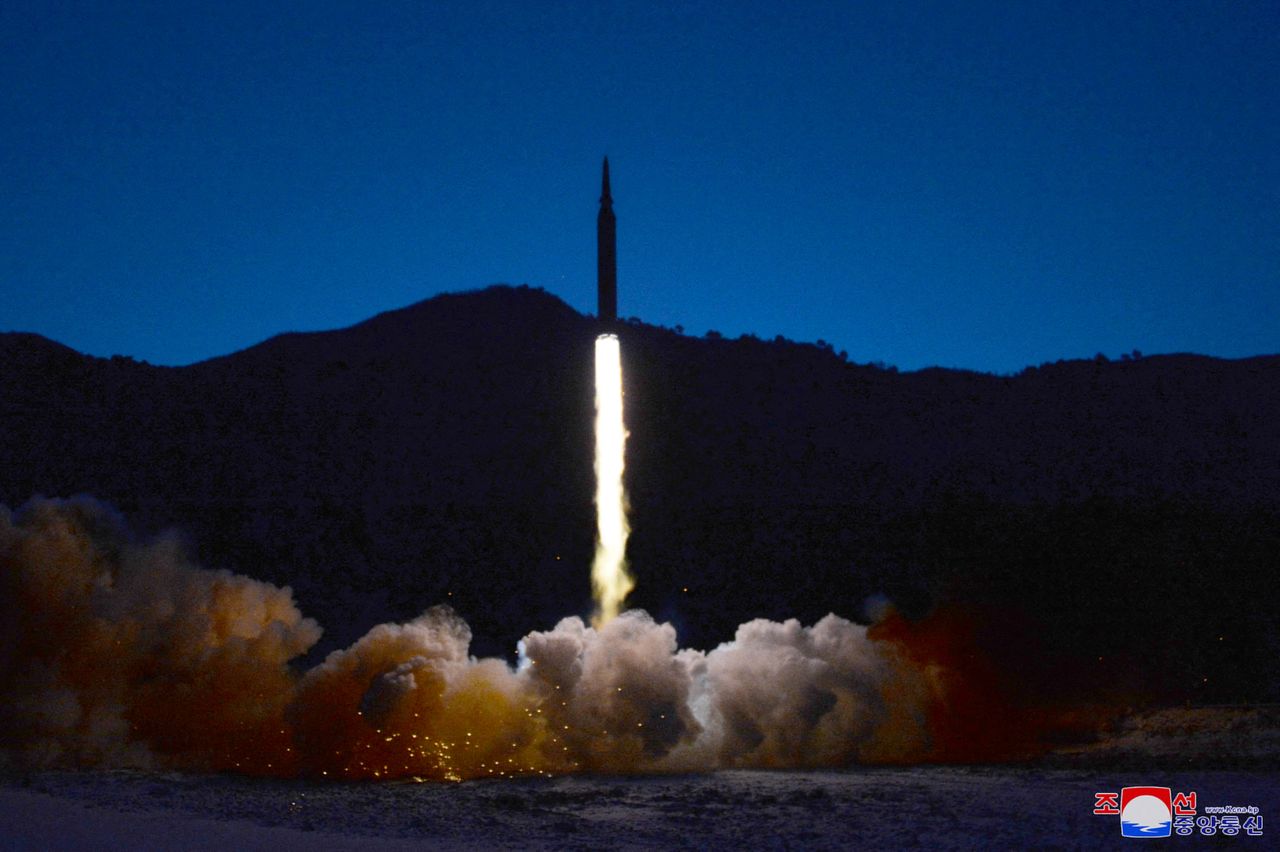 SEOUL (Reuters) - Even as debates swirl over their capability, a series of “hypersonic missiles” recently tested by nuclear-armed North Korea sparked sudden talk of preemptive strikes and arms races amid worry over the vulnerability of U.S. troops and their allies in Asia.

North Korea kicked off the new year with three missile tests in the space of two weeks, sparking reactions from Washington not seen since Pyongyang stopped testing its longest-range missiles, which can strike the United States, in 2017.

At least two of the latest tests were of what North Korea called "hypersonic missiles" while details on the third, launched on Friday, were not immediately available.

Those hypersonic missiles, which have only regional reach, are not a threat to the continental United States. But the weapons - which can fly below defences and change course at high speed - represent a potential major upgrade in North Korea's striking power against its nearby adversaries, and experts say it is unclear how the U.S. and its Asian allies could counter that.

"These sorts of offense-defence races have been taking place globally for many decades now, and what we consistently see is that offence has the advantage," said Cameron Tracy, a researcher at Stanford University's Center for International Security and Cooperation (CISAC) in California. "North Korea will continue to deploy more missiles and to develop faster, more manoeuvrable systems that will keep South Korea vulnerable to attack."

In recent years the United States and South Korea - hoping to restart stalled talks with Pyongyang - have played down North Korea’s increasingly capable short-range missiles as concerning and a violation of United Nations Security Council resolutions, but not a standout threat.

This week, however, the Biden administration moved to impose its first sanctions over the North's missile program, and South Korea's leading presidential candidates are debating whether a preemptive strike was the only way to stop the new weapons.

Although, like most ballistic missiles, they travel at hypersonic speeds - more than five times the speed of sound - their key feature is the ability to manoeuvre and fly on lower trajectories than traditional ballistic missiles, making them harder to track and shoot down.

"In a worst-case scenario, North Korea could launch the missile in a ballistic curve which makes it appear to be a test into the sea, but then have it manoeuvre below or around radar systems and even turn a corner to strike a target in South Korea or Japan with a nuclear weapon," said Melissa Hanham, also a researcher at CISAC.

Analysts caution that it is far from clear how capable North Korea's new systems are or when they will be deployed. South Korea's military said the missile tested this year appears to have a conical manoeuvrable reentry vehicle (MaRV) for its warhead, rather than the more high-tech "glider" style seen on some missiles developed by China and other nations.

Many ballistic missile defence (BMD) systems are meant shoot down missiles following the high, arching flight of traditional ballistic projectiles, many of which touch the edge of space before plunging back to earth.

"If they are deployed, they will pose a stiffer challenge to BMD systems designed to handle medium-range missiles, like THAAD and Aegis, which are presently designed to guard against weapons approaching their targets on a more or less straight line," Joshua Pollack, editor of the Nonproliferation Review, said of North Korea's MaRV missiles.

Additionally, South Korea and the roughly 28,500 U.S. troops based there are so close that incoming missiles could fly on even lower trajectories, with a much shorter flight time, making defence more difficult said David Wright, a nuclear security researcher the Massachusetts Institute of Technology.

Wright's research shows that flying on such a "depressed trajectory" could also allow North Korea's latest missiles to evade defences in more distant places such as Japan, which hosts tens of thousands of U.S. troops.

"The North Korea hypersonic weapon system will undoubtedly become better," he said. "This is bad news for everyone."

South Korea's defence ministry on Thursday insisted it could not only detect the new missiles but also intercept them.

Some of the candidates for South Korea's presidency don't seem so sure.

“Missiles that travel at speeds over Mach 5, if they are loaded with nuclear warheads, will reach the Seoul metropolitan area in less than a minute," leading conservative presidential candidate Yoon Suk-yeol told reporters on Tuesday. "Interception is practically impossible."

Yoon said diplomacy is needed to ensure a war never happens. But if diplomacy fails, Yoon added, preemptive strikes would be needed to stop an imminent launch.

North Korea hides its missiles, so there is no evidence that a preemptive strike would eliminate the threat, Wright said.

"If that vulnerability is a concern, which it should be, the only realistic response is to negotiate with North Korea to reduce the risk of such attacks," he said.