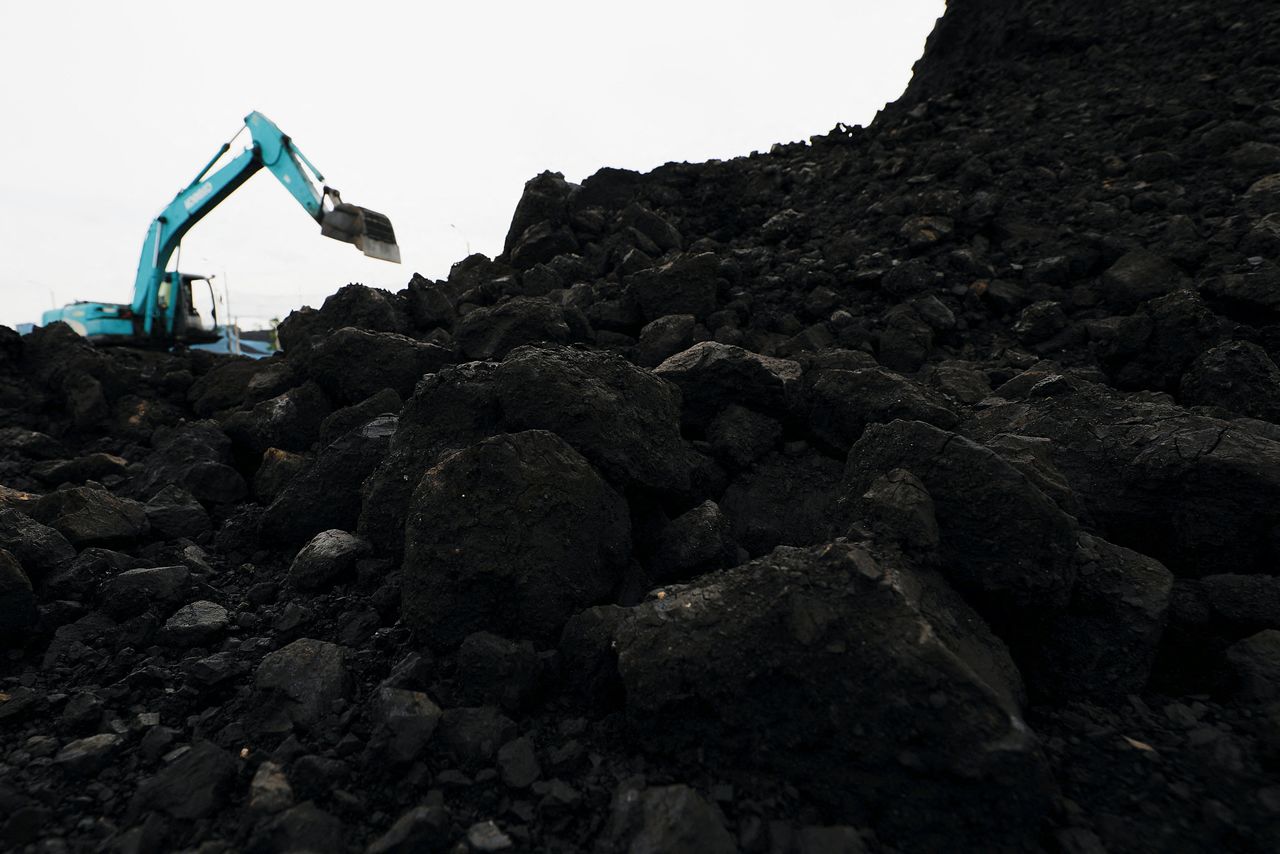 FILE PHOTO: Coal is seen as a heavy machinery unloads it from the barges into a truck to be distributed, at the Karya Citra Nusantara port in North Jakarta, Indonesia, January 13, 2022. REUTERS/Willy Kurniawan

JAKARTA (Reuters) -Indonesia's state utility Perusahaan Listrik Negara (PLN) said on Friday that together with the energy ministry it was strengthening a coal delivery monitoring system to ensure enforcement of domestic sales rules and energy security.

Under the DMO, miners must sell 25% of their output to the local market with a price cap of $70 per tonne for power plants, below the current market price.

Coal deliveries to local power plants will be monitored throughout the supply chain by PLN and the energy ministry's mineral and coal department, and miners would receive automated warnings for any late shipments.

A senior minister on Thursday said 37 export vessels loaded with coal would be allowed to leave and that miners who met their 2021 DMO would be prioritised for exports.

Eighteen of those vessels have been given clearance by the energy ministry, carrying about 1.3 million tonnes of coal, according to a transport ministry document reviewed by Reuters.

That represents only a fraction of the normal export volume from Indonesia, which shipped 30 million tonnes of coal in the month of January in 2021 and 2020, energy ministry data showed.

Sixteen other vessels were carrying coals from miners who had not met the DMO and had therefore yet to be cleared, while three were still loading, the ministry document said.

While Indonesia has started easing its coal export ban, the abrupt suspension may have already left a scar on the sector and the wider economy, highlighting the risk of regulatory uncertainty and impacting Indonesia's trade balance.

"The most important and immediate implication of the coal export ban relates to Indonesia's current account balance, which we already expect to shift to a deficit this year," Nomura said in a note on Thursday.

Indonesia in the third quarter of 2021 posted a 1.5% of gross domestic product current account surplus, the biggest in 12 years. The central bank has estimated a full-year current account balance at between a surplus of 0.3% of GDP, and a deficit of 0.5% of GDP.

"In addition, we think the concerns expressed by key trading partners Japan and Korea are also likely to carry significant weight, given the Indonesian government's efforts to attract foreign direct investment," Nomura said.

The ban easing would be a credit positive for miners that have likely complied with their DMO requirements, because they could sell coal overseas at prices 2.5 times greater than domestic prices, said Maisam Hasnain, an analyst with Moody's Investor Service.

Moody's has previously said that the ban "highlights the evolving regulatory uncertainty for the sector".