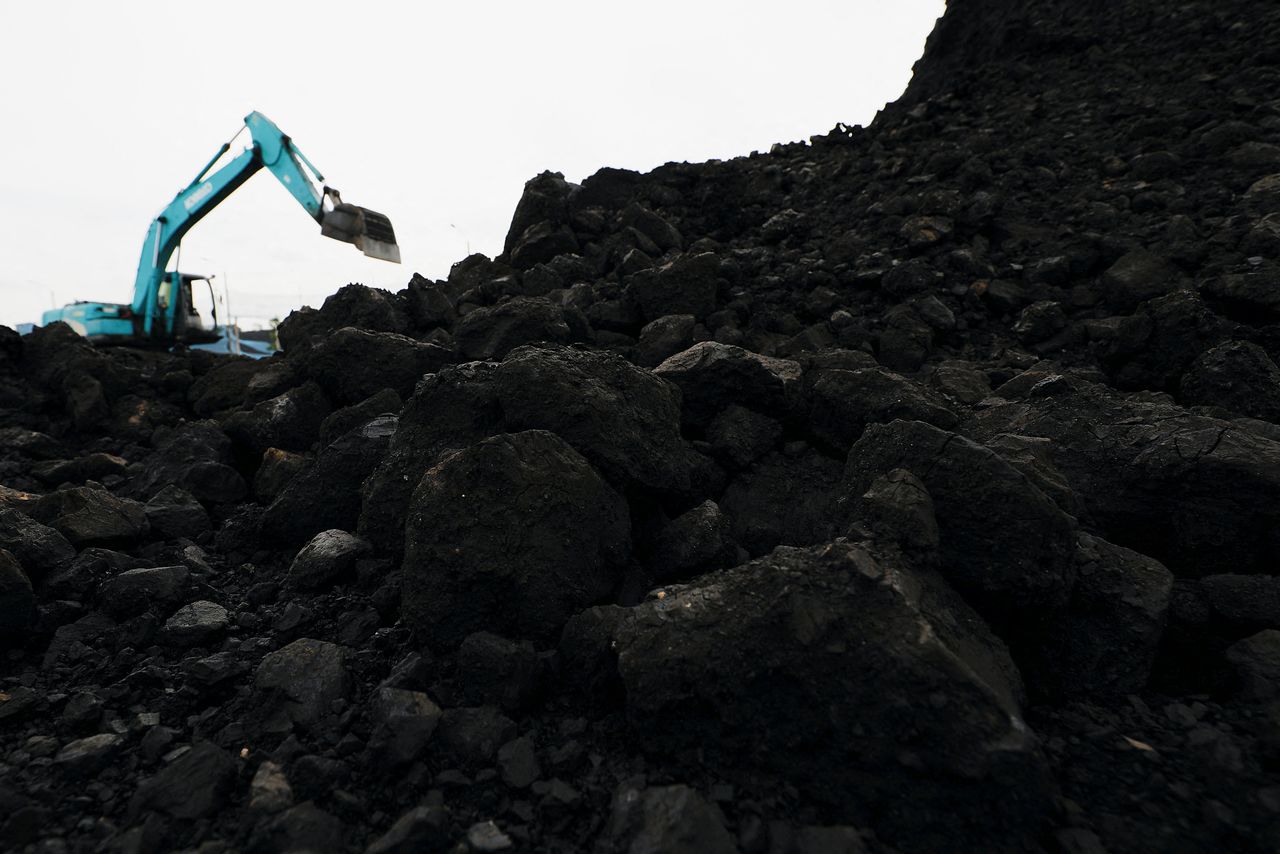 FILE PHOTO: Coal is seen as a heavy machinery unloads it from the barges into a truck to be distributed, at the Karya Citra Nusantara port in North Jakarta, Indonesia, January 13, 2022. REUTERS/Willy Kurniawan

TOKYO (Reuters) - Although Indonesia has partially eased its coal export ban, upward pressure on thermal coal prices will continue as it remains unclear when the situation will return to normal, the head of the Japanese electric utilities lobby said on Friday.

The world's biggest thermal coal exporter introduced an export ban on Jan. 1 as inventories at local power plants were at critically low levels.

But it said on Thursday it would allow 37 vessels loaded with coal to depart, in the strongest sign yet that the country is relaxing its ban on shipments.

"As Indonesia is a major coal exporter, there will be a certain amount of upward pressure on coal prices, though it depends on how quickly things return to normal," Kazuhiro Ikebe, the chairman of the Federation of Electric Power Companies, Japan (FEPC), told reporters on Friday.

ICE Newcastle monthly coal futures have risen to their highest since October, up more than $50 a tonne since the start of 2022.

Ikebe, also president of Kyushu Electric Power, said his company does not currently buy coal from Indonesia, but it is trying to expand the types of coal it can use to ensure stable supply in case other countries implement similar measures.

Okinawa Electric Power purchases about half of its thermal coal from Indonesia.

"We were really worried as our cargo was stranded due to the ban," Hiroyuki Motonaga, president of Okinawa Electric, told another news conference, although he added the cargo had now left Indonesia.

"If the ban was prolonged, we would have to consider operating other power plants or procuring coal from other countries such as Australia," he said.