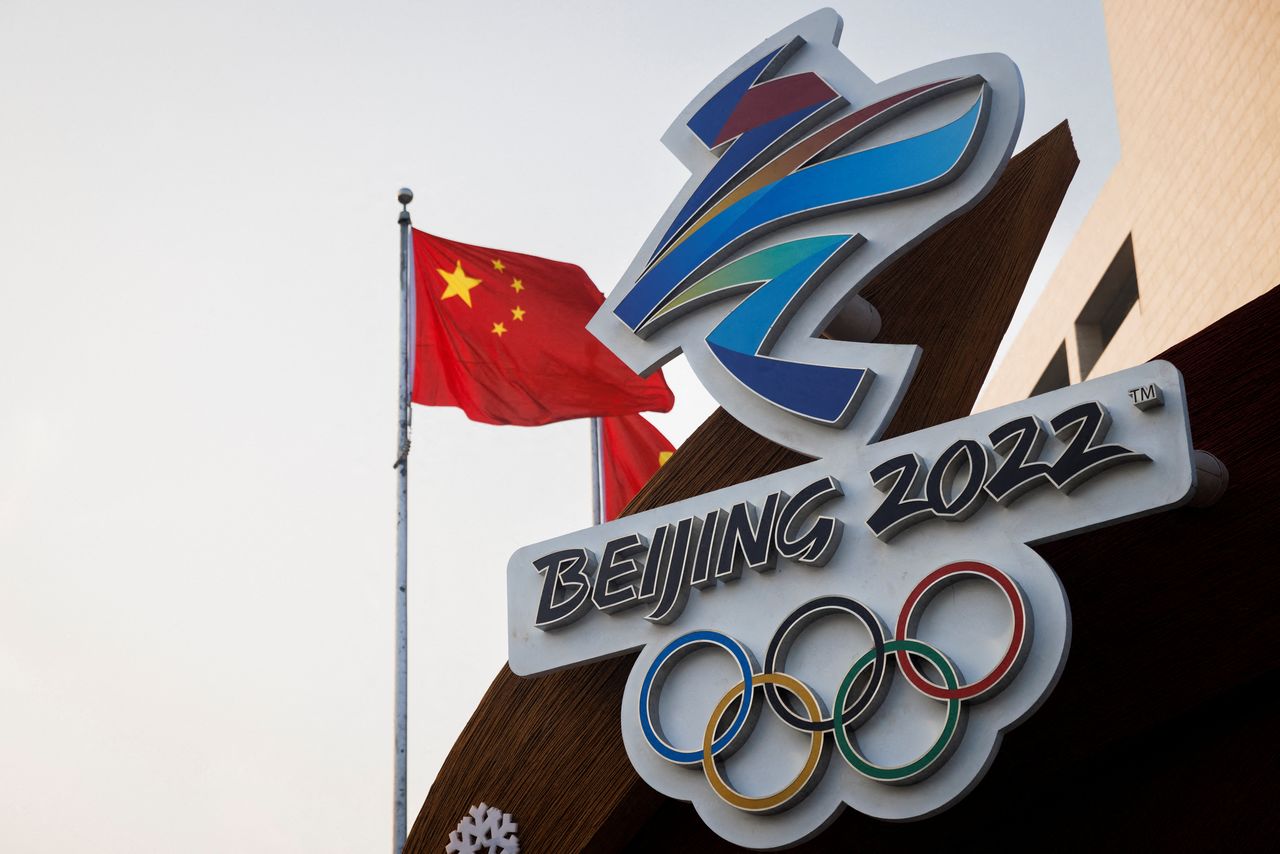 The Chinese national flag flies behind the logo of the Beijing 2022 Winter Olympics in Beijing, China, January 14, 2022. REUTERS/Thomas Peter

COPENHAGEN (Reuters) - Denmark will not send an official diplomatic delegation to the Beijing 2022 Winter Olympics due to human rights issues in the host country, Foreign Minister Jeppe Kofod said on Friday.

"It is no secret that we from the Danish side are very concerned about the human rights situation in China," Kofod said. "The government has decided that we will not attend the Winter Olympics in China."

The decision comes after EU countries failed to agree a common stance at a meeting in Brest this week.

A U.S. boycott to protest against China's human rights record has been joined by Australia, Britain, Canada and Japan.

The Netherlands will also not send an official diplomatic delegation nL1N2TU1UX to the Olympics because of COVID-19 restrictions, a foreign ministry spokesperson said earlier on Friday.

China denies rights abuses and has condemned the boycott as betraying Olympic principles.