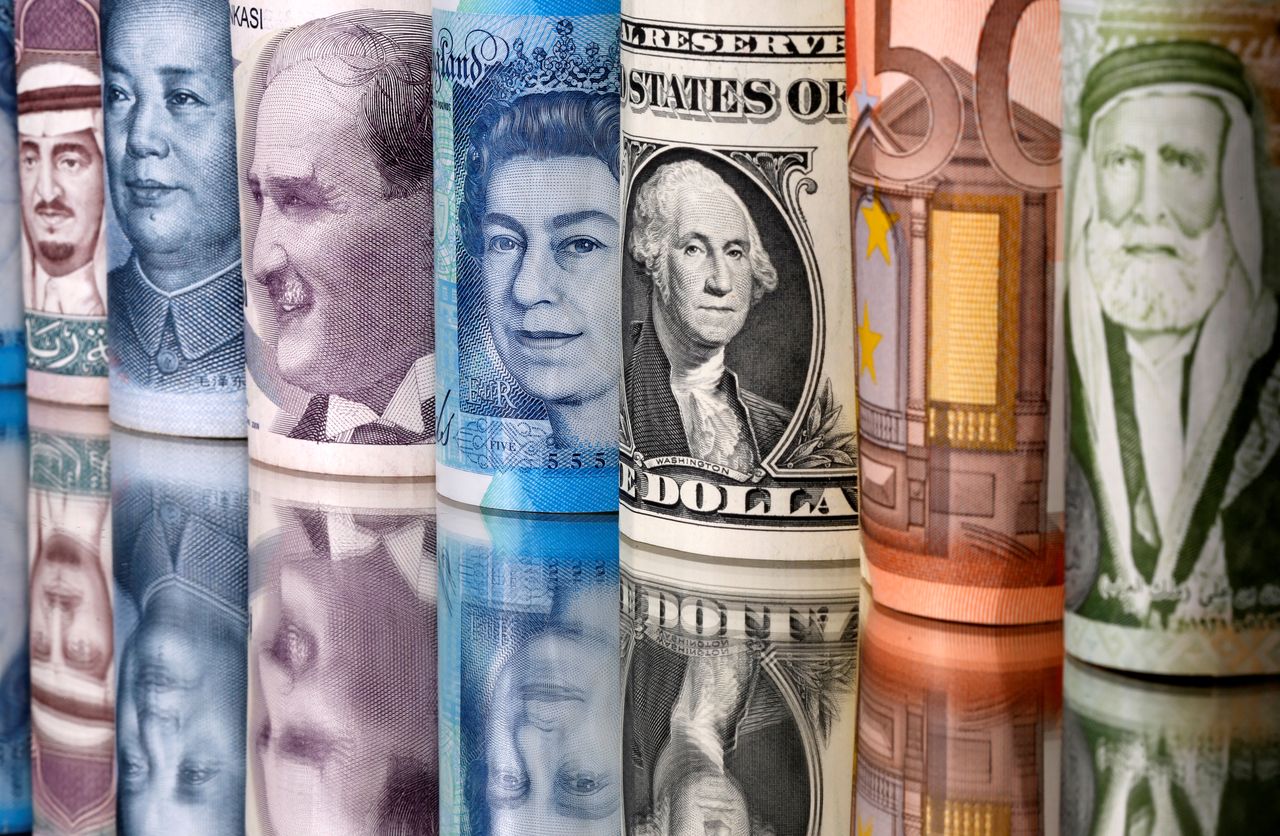 NEW YORK (Reuters) - The dollar rose to a five-week high on Wednesday after the Federal Reserve said it is likely to raise U.S. interest rates in March as expected and later launch a significant reduction in its asset holdings.

The combined moves, along with reaffirmed plans to end its bond purchases in March, will complete a pivot away from the loose U.S. monetary policy that has defined the pandemic era and toward a more urgent fight against inflation.

Fed Chair Jerome Powell said the U.S. central bank will be open-minded as it adjusts monetary policy to keep persistently high inflation from becoming entrenched. While no decisions have been made, "we'll be humble and nimble," he said.

Stocks on Wall Street mostly sold off as the comments raised uncertainty. The Fed's statement at the end of its two-day policy meeting left questions in particular about plans for reducing its almost $9 trillion balance sheet.

"The statement still leaves a lot of questions to be answered particularly when it comes to the balance sheet roll-off. There wasn't a whole lot of detail provided," said Russell Price, chief economist at Ameriprise Financial.

"The market’s rate expectations the last three months has been warp speed in the context of Fed decision-making," Cramer said. "The pace of which the Fed operates is measured in years and maybe quarters, but not months."

Lee Ferridge, head of macro strategy for North America at State Street Global Markets, said "the idea of the balance sheet reduction as now mentioned in the statement puts us on the table for June."

The dollar index, as measured against six major trading currencies, rose to a high last seen on Nov. 22 and last traded 0.53% higher.

Equity markets had been on a roller-coaster ride this week as the combination of a hawkish Fed and slowing growth unnerved investors, prompting them to dump high-flying technology shares and seek refuge in safe-haven assets such as the dollar.

The Bank of Canada earlier said it will soon start hiking rates to combat inflation as the Canadian economy no longer needed to help mitigate the impact of COVID-19. The central bank surprised some analysts by leaving its key interest rate unchanged at 0.25%.

The Canadian dollar fell 0.35% versus the greenback to 1.27 per dollar.