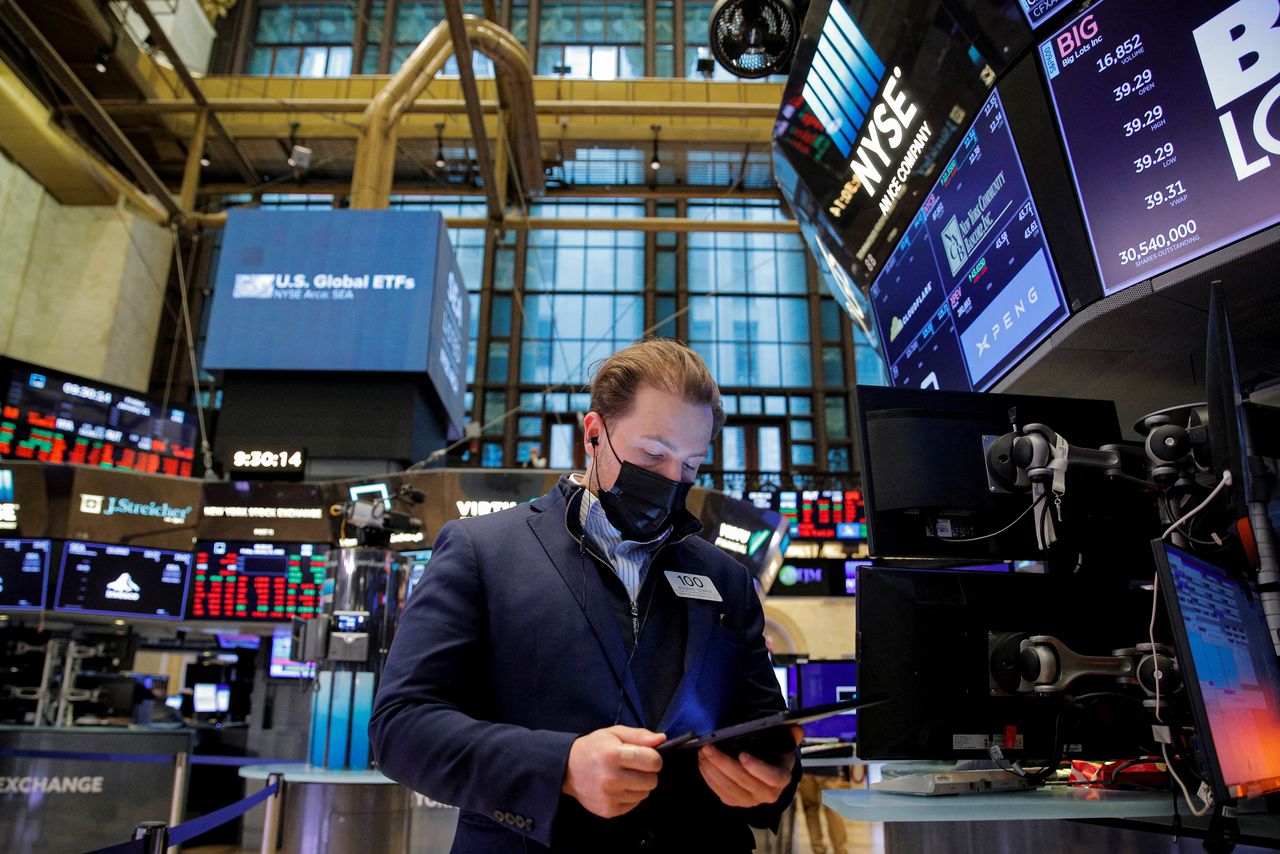 Wall Street ended the day in mixed territory after spending most of the day up roughly 2%. Stocks shed those gains following an afternoon policy update from the Fed and press conference by Fed Chairman Jerome Powell, which suggested the Fed would push forward with interest rate hikes.

The MSCI world equity index, which tracks shares in 45 nations, was largely flat.

In its latest policy update, the Fed signaled it is likely to raise U.S. interest rates in March and reaffirmed plans to end its bond purchases that month before launching a significant reduction in its asset holdings.

In the follow-up press conference, Powell warned that inflation remains above the Fed's long-run goal and supply chain issues may be more persistent than previously thought. Stocks turned negative during his comments, as some investors bet the Fed would prioritize fighting inflation over ensuring robust economic growth.

"The market took notice of the stress the Fed Chair put on the inflation side of the equation combined with his stressing of the tight labor market. This implies that the Fed could be comfortable with some reduction in the pace of overall economic growth," said Russell Price, chief economist at Ameriprise Financial Services.

The Fed also said its policy-setting members had agreed on a set of principles for shrinking its balance sheet, set to start sometime after interest hikes begin. The Fed's balance sheet roughly doubled in size during the pandemic to nearly $9 trillion, as it snapped up bonds to help keep longer-term interest rates down to support the economy.

U.S. Treasury yields rose as the Fed issued its update. The U.S. Treasury 2-year yields hit their highest level since February 2020. The benchmark U.S. 10-year yield climbed to 1.8709% shortly after the Fed statement.

The dollar hit a three-week high after the Fed news. The dollar index, which tracks the greenback versus a basket of six currencies, rose 0.58%.

Growing tension as Russian troops massed on Ukraine's border continued to push oil prices higher amid concerns of supply disruption, with oil clearing $90 a barrel for the first time since 2014.

U.S. President Joe Biden said on Tuesday he would consider personal sanctions on President Vladimir Putin if Russia invaded Ukraine, as Western leaders stepped up military preparations and made plans to shield Europe from a possible energy supply shock.