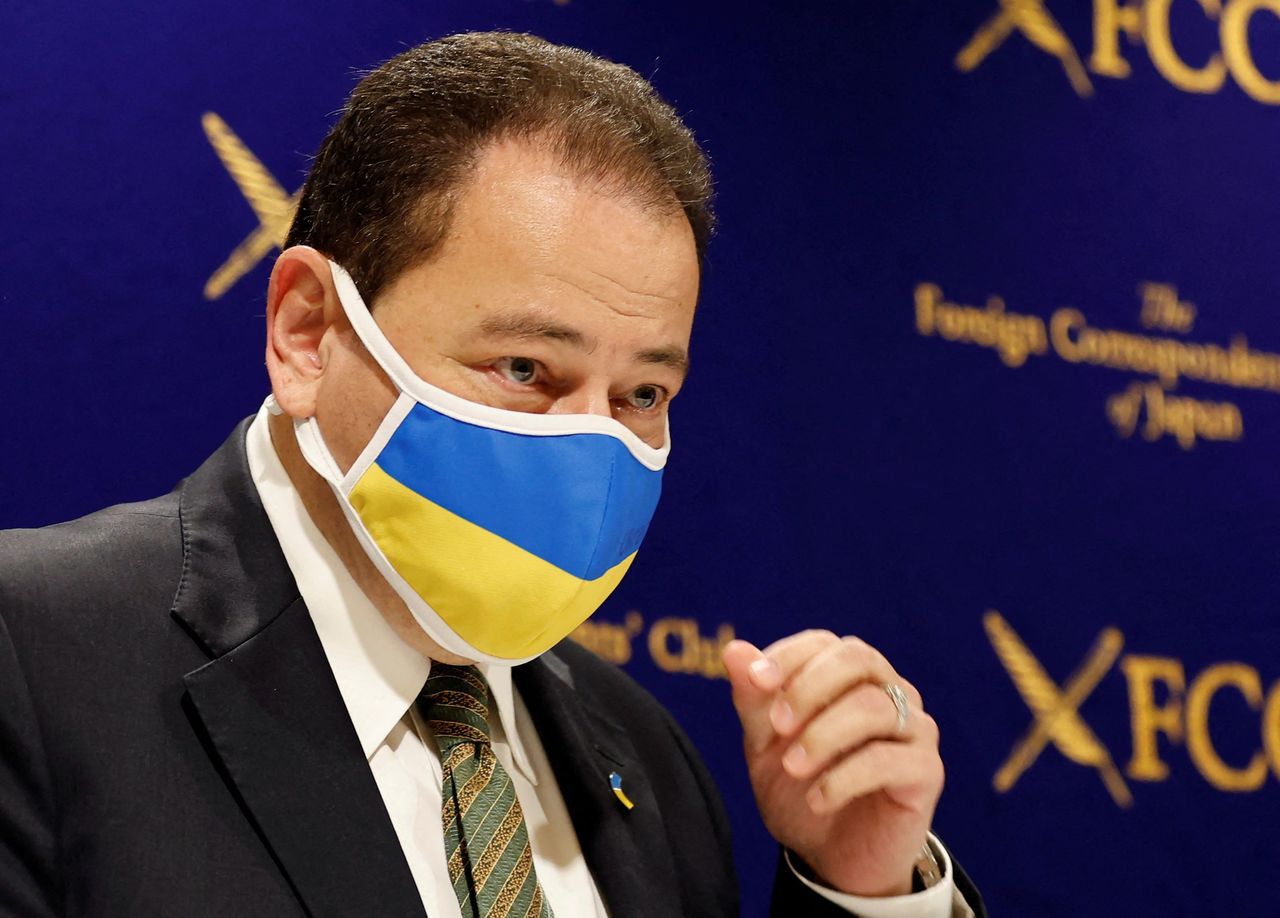 TOKYO (Reuters) - Ukraine is committed to seeking a diplomatic solution to the current tension with Russia, its ambassador to Japan, Sergiy Korsunsky, said on Wednesday, adding that he saw little chance of all-out war, although there might be smaller conflicts.

Korsunsky warned an attack on a country with more than a dozen nuclear reactors would bring about a devastating regional impact on Europe.

“I believe that full-scale war is very, very, very difficult to expect, but we may see more localised conflict,” Korsunsky told a news conference in the Japanese capital Tokyo.

“If we come to military terms, let me tell you, we are very much ready, our army is very well prepared.”

Russia has massed tens of thousands of troops on its borders with Ukraine, and Western states fear Moscow is planning a new assault on a country it invaded in 2014 to annex the Crimean peninsula.

U.S. President Joe Biden said on Tuesday he would consider personal sanctions on President Vladimir Putin if Russia invades Ukraine, as Western leaders stepped up military preparations and made plans to shield Europe from a potential energy supply shock.

“If war is going to happen, that will be the first ever in the history of mankind, war against a country which has on its territory 15 nuclear reactors, which has 30,000 km of gas and oil pipelines, full with gas and oil,” said Korsunsky.

“If all these infrastructure is destroyed, there is no more Ukraine. But this is just one consequence. There is no more central Europe and probably western Europe would be affected, too.”

An accident at the Chernobyl reactor, located in what is now Ukraine, spewed tonnes of nuclear waste into the atmosphere in 1986, spreading radioactivity across swathes of the continent and causing a spike in cancers in the more immediate region.

Russia’s Ambassador to Australia, Alexey Pavlovsky, said on Wednesday that Russia did not plan to invade Ukraine.

“We don’t intend to invade at all,” Pavlovsky told Australian Broadcasting Corporation radio.

“Our troops on the border...These troops are not a threat, they are a warning. A warning to Ukraine’s rulers not to attempt any reckless military adventure,” he said.

“As to the sanctions, I think that by now everybody should understand that it is not the language which should be used when talking to Russia. The sanctions just don’t work.”