The rare sanctions threat came as NATO places forces on standby and reinforces eastern Europe with more ships and fighter jets in response to Russia’s troop build-up near its border with Ukraine.

Russia denies planning an attack and says the crisis is being driven by NATO and U.S. actions. It is demanding security guarantees from the West, including a promise by NATO never to admit Ukraine. Moscow sees the former Soviet republic as a buffer between Russia and NATO countries.

Following multiple rounds of U.S.-Russia talks over Ukraine that failed to reach a breakthrough, Biden, who has long warned Moscow of economic consequences, upped the ante on Tuesday by saying Putin could personally face sanctions.

If Russia were to move into Ukraine with the estimated 100,000 soldiers it has massed near the border, Biden said it would be the “largest invasion since World War Two” and would “change the world.”

Speaking to reporters, Biden was asked if he would see himself imposing sanctions on Putin directly if Russia invaded Ukraine. “Yes,” he responded. “I would see that.”

Direct U.S. sanctions on foreign leaders are rare but not unprecedented. Others who have faced sanctions include Venezuela’s Nicolas Maduro, Syria’s Bashar al-Assad and Libya’s Muammer Gaddafi.

On Tuesday, a U.S. plane carrying military equipment and munitions landed in Kyiv, the third installment of a $200 million package to shore up Ukraine’s defenses.

The Pentagon has put on alert about 8,500 U.S. troops in Europe and the United States to be ready to deploy to NATO’s eastern flank if needed.

Russia said it was watching with great concern and accused Washington of fuelling tensions over Ukraine, repeating its line that the crisis was being driven by U.S. and NATO actions rather than by its own build-up of forces near the Ukrainian border.

Biden said on Tuesday he may deploy U.S. troops in the nearer term but ruled out sending unilateral U.S. forces to Ukraine, which is not a NATO member.

“There is not going to be any American forces moving into Ukraine,” he said.

So far, NATO has about 4,000 troops in multinational battalions in Estonia, Lithuania, Latvia and Poland, backed by tanks, air defenses and intelligence and surveillance units.

As Western leaders appeal for unity, differences have emerged among European nations over how best to respond. Putin is due to meet Wednesday with the heads of some of the biggest companies in Italy, Russia’s fifth biggest trading partner, despite the rising tensions.

“It is absolutely vital that... the West is united now, because it is our unity now that will be much more effective in deterring any Russian aggression,” British Prime Minister Boris Johnson said, adding Britain was discussing with the United States the possibility of banning Russia from the SWIFT global payments system.

French President Emmanuel Macron said he would seek clarification over Russia’s intentions in a phone call with Putin set for Friday. Political advisers from Russia, Ukraine, Germany and France are due to meet in Paris on Wednesday.

With fears of a new Russian military assault high after its invasion of Crimea in 2014, Ukrainian President Volodymyr Zelenskiy urged his compatriots on Tuesday to stay calm and said work was underway to bring about a meeting between him and the leaders of Russia, Germany and France.

“There are no rose-colored glasses, no childish illusions, everything is not simple. ... But there is hope,” Zelenskiy said in a televised address. “Protect your body from viruses, your brain from lies, your heart from panic.”

Ukraine is committed to seeking a diplomatic solution to the current tension with Russia, its ambassador to Japan, Sergiy Korsunsky, said on Wednesday, adding that he saw little chance of all-out war, although there might be smaller conflicts.

Korsunsky warned an attack on a country with more than a dozen nuclear reactors would bring about a devastating regional impact on Europe.

“I believe that full-scale war is very, very, very difficult to expect, but we may see more localised conflict,” Korsunsky told a news conference in the Japanese capital Tokyo.

“If we come to military terms, let me tell you, we are very much ready, our army is very well prepared.”

In Washington, senior Biden administration officials said the United States was in talks with major energy-producing countries and companies around the world over a potential diversion of supplies to Europe if Russia invades Ukraine.

The EU depends on Russia for around a third of its gas supplies. Any interruptions to its Russian imports would exacerbate an existing energy crisis caused by shortages.

“We’re in discussion with major natural gas producers around the globe to understand their capacity and willingness to temporarily surge natural gas output and to allocate these volumes to European buyers,” she said.

Psaki and other officials did not name specific countries or companies but said they included a broad range of suppliers, including sellers of liquefied natural gas (LNG). 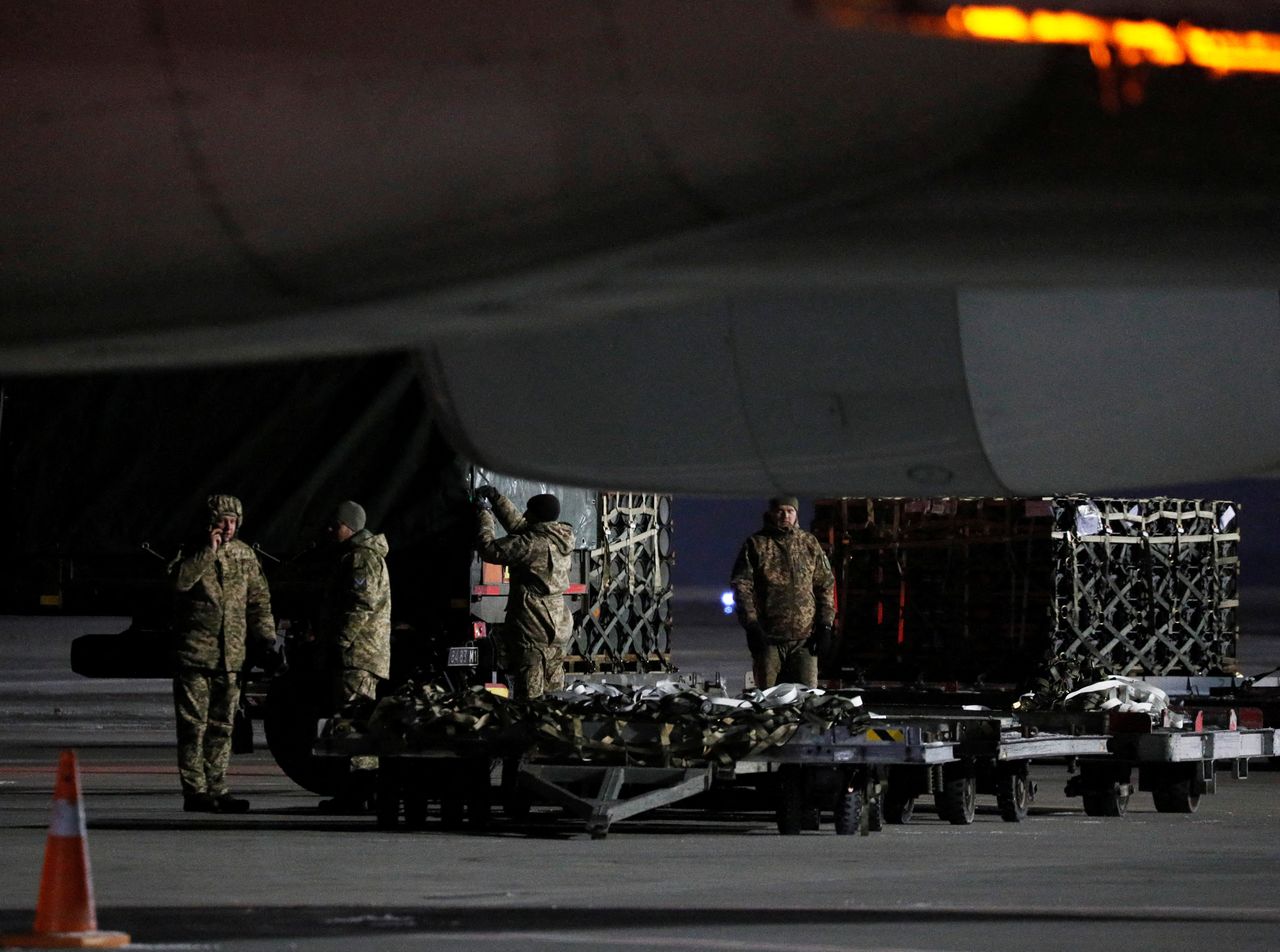 Ukrainian service members unload a shipment of military aid delivered as part of the United States of America’s security assistance to Ukraine, at the Boryspil International Airport outside Kyiv, Ukraine January 25, 2022. REUTERS/Gleb Garanich 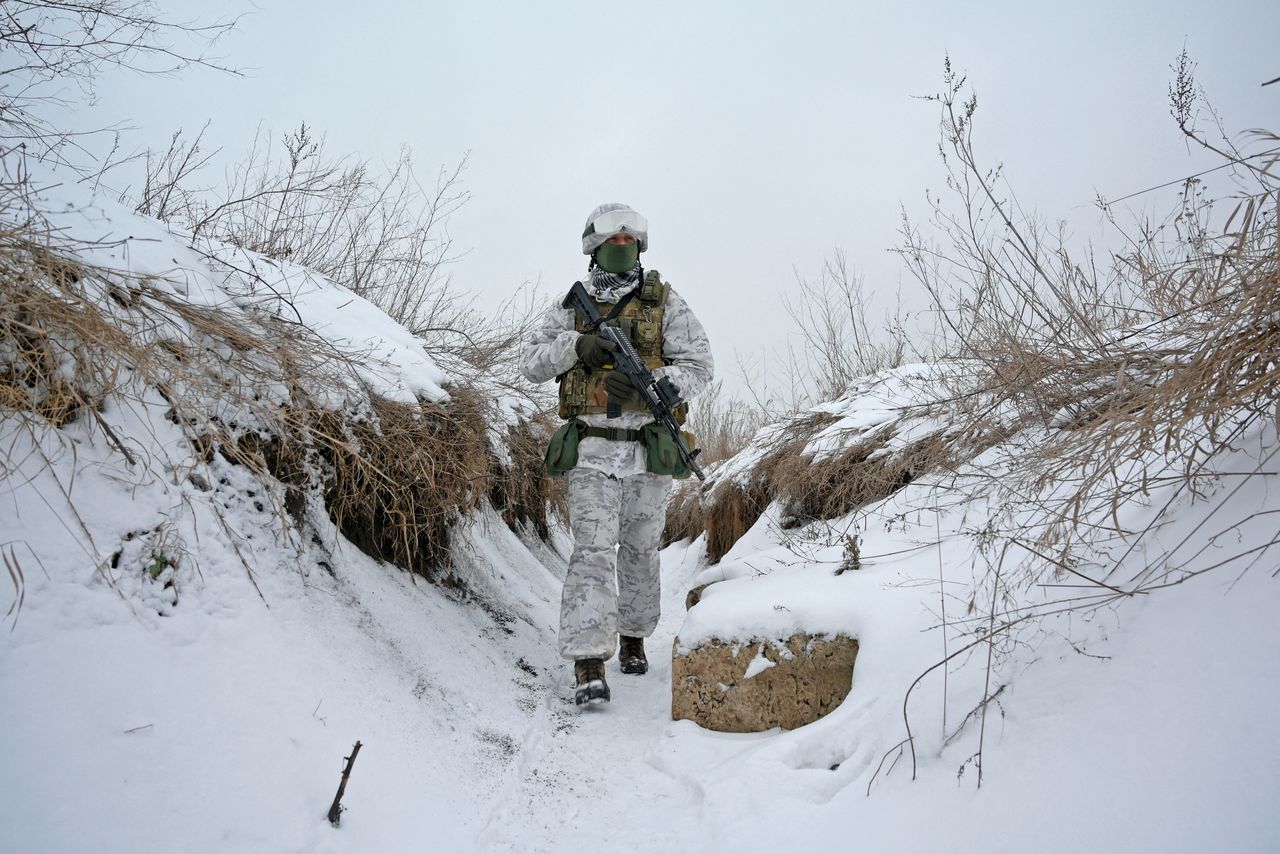 A service member of the Ukrainian armed forces walks at combat positions near the line of separation from Russian-backed rebels outside the town of Avdiivka in Donetsk Region, Ukraine January 25, 2022. REUTERS/Maksim Levin 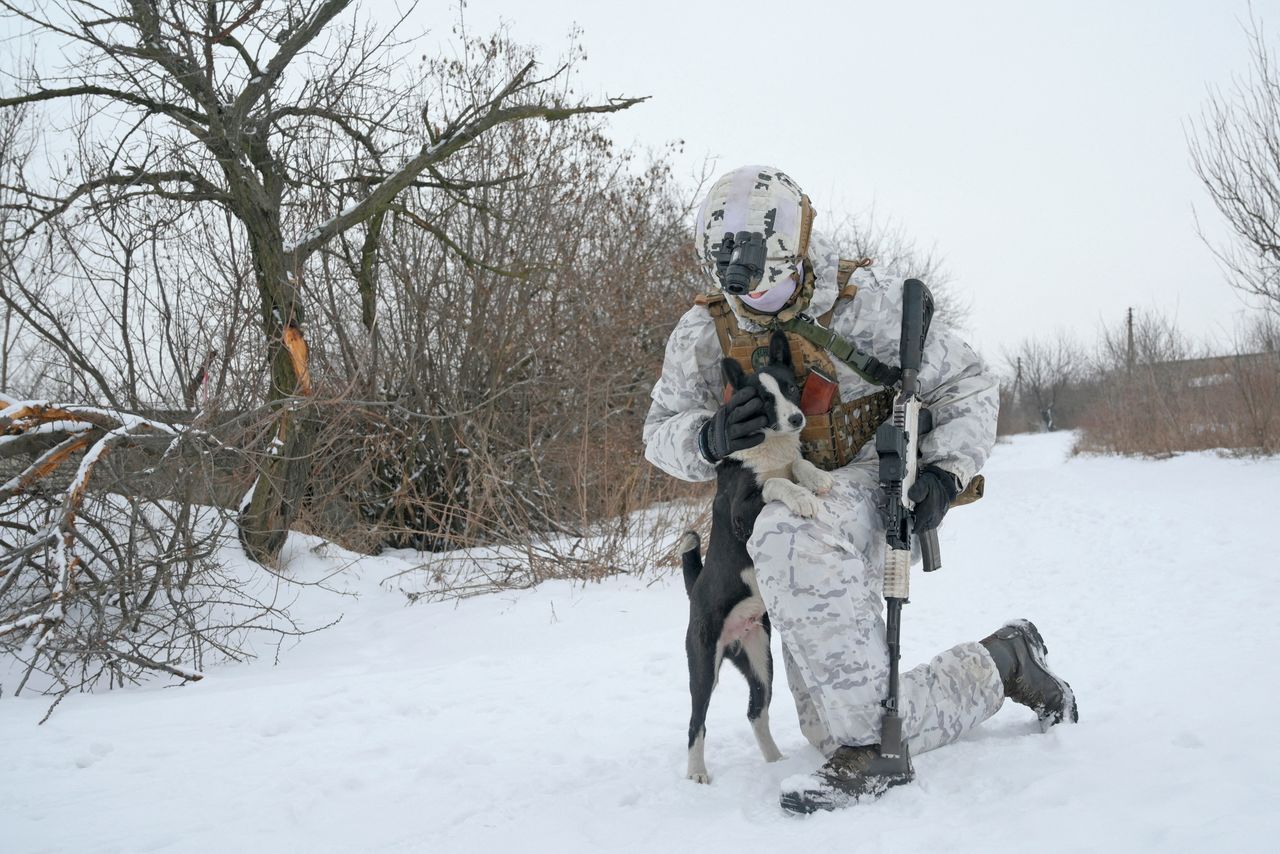 A service member of the Ukrainian armed forces strokes a dog at combat positions near the line of separation from Russian-backed rebels outside the town of Avdiivka in Donetsk Region, Ukraine January 25, 2022. REUTERS/Maksim Levin 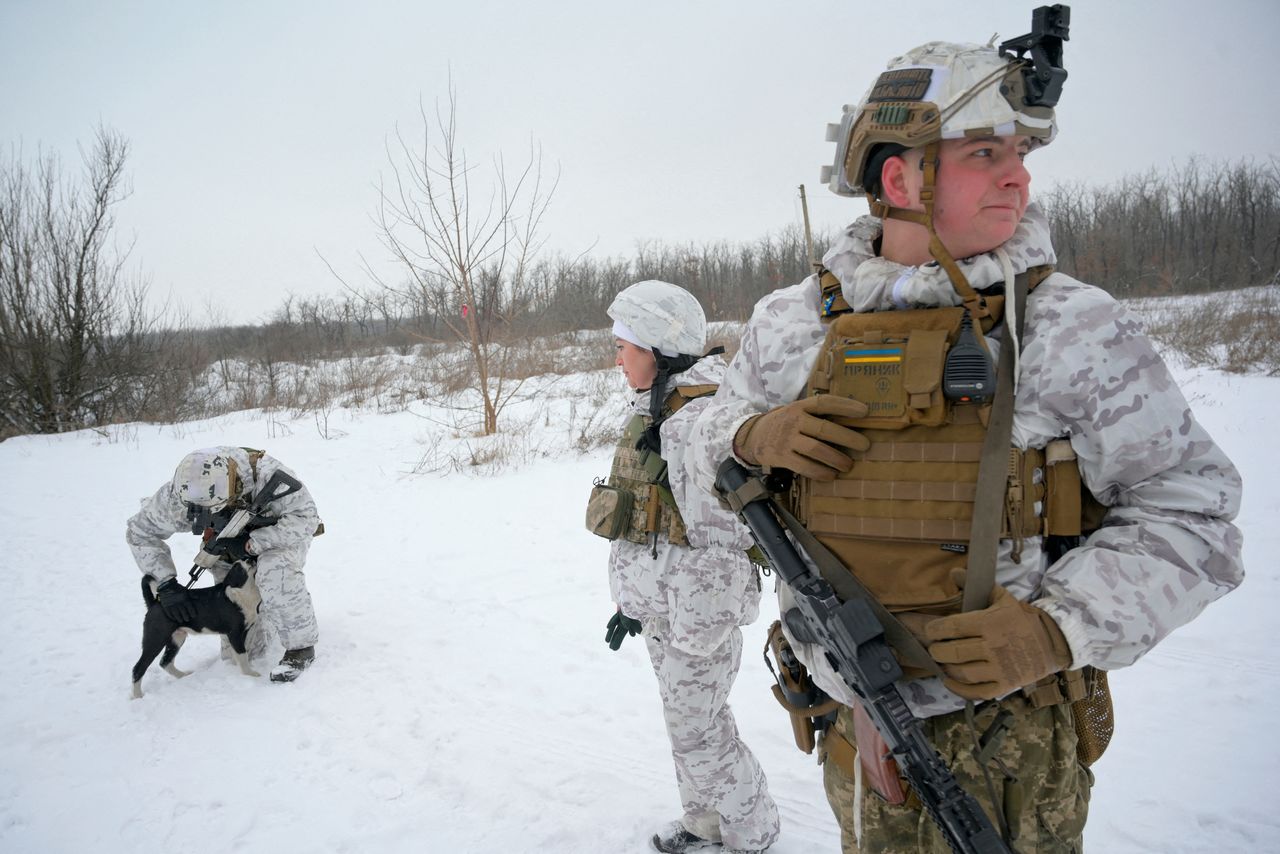 Service members of the Ukrainian armed forces are seen at combat positions near the line of separation from Russian-backed rebels outside the town of Avdiivka in Donetsk Region, Ukraine January 25, 2022. REUTERS/Maksim Levin