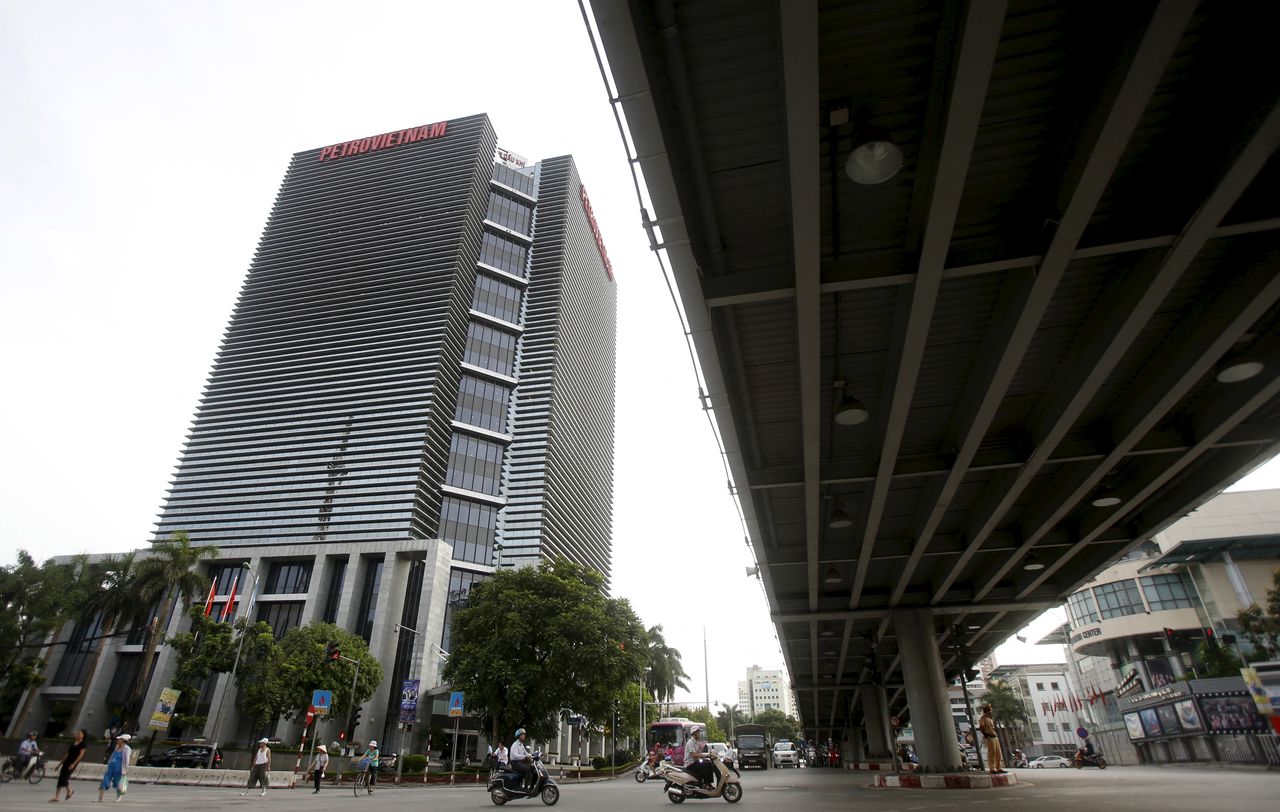 FILE PHOTO: The building of PetroVietnam headquarters is seen in Hanoi July 22, 2015. REUTERS/Kham

HANOI (Reuters) -Vietnam's Binh Son refinery on Wednesday said it was operating above capacity to address supply concerns, as top petroleum firms announced plans to boost imports amid fears of a shutdown of the country's biggest refinery.

Binh Son, one of two refineries in the Southeast Asian nation, said it was operating at 103% of capacity and would also import two shipments of crude oil of between 85,000 and 90,000 tonnes each, during the first days of February.

"The demand for petroleum products is increasing, especially during the Lunar New Year holiday, while other sources are facing difficulty," the refinery told Reuters.

The announcement comes after Vietnam's other refinery, Nghi Son, which provides 35% of its petroleum needs, cut its production to 80% of capacity, over what media reports and a source familiar with the issue said was a disagreement between shareholders about financing for crude oil.

State media had reported PetroVietnam had failed to make an early payment under a "Fuel Products Offtake Agreement" (FPOA) with the refinery, causing financial difficulties for Nghi Son.

But PetroVietnam, which owns 25.1% of the 200,000 barrel-per-day refinery in Thanh Hoa province, insisted it was not to blame.

"The management board of NSRP is responsible for its decision to cancel two shipments of crude oil that put the refinery at risk of shutdown," PetroVietnam said in a statement, adding it was in talks with other shareholders about restructuring NSRP.

NSRP did not immediately respond to a request from Reuters for comment.

Japan's Idemitsu Kosan Co has a 35.1% stake in the Nghi Son refinery, the same as Kuwait Petroleum, while Mitsui Chemicals Inc owns 4.7% of the firm.

A spokesperson at Idemitsu said the company was making internal checks on the news reports. Its shares were down 8.7% as of 0410 GMT, underperforming the broader benchmark Nikkei 225 index.

The Vietnam News Agency on Wednesday said Vietnam National Petroleum Group, which holds a 50% share in the local petroleum market, and PetroVietnam Oil (PVOil) will increase their imports to compensate for Nghi Son's decreased output.

Petrolimex had earlier signed an agreement to buy 235,000 to 265,000 cubic metres of petroleum products from the refinery this year, according to the report.