WELLINGTON (Reuters) - Chinese naval vessels carrying aid are set to arrive in Tonga on Thursday as Beijing shored up its disaster response efforts in the tsunami-hit Pacific nation following a coordinated response by its Western rivals.

A navy vessel carrying drinking water and food will arrive from Fiji on Thursday, while two military aircraft will also deliver 33 tonnes of emergency supplies including drinking water, food, tents, and walkie talkies, a Chinese foreign ministry spokesman said at a briefing late on Wednesday.

The Chinese navy will ship bulky items such as portable cabins, tractors, generators and water pumps to Tonga in coming days, it added.

“The Chinese side will continue to offer help and assistance to the best of its capability to facilitate Tonga’s disaster-relief and reconstruction according to the local situation and Tonga’s needs,” government spokesman Zhao Lijian said at a regular daily briefing on Wednesday.

Beijing claimed it was the first to supply drinking water and food supplies to Tonga on January 19, although this could not be independently verified by Reuters.

The United States announced a $2.5 million assistance this week and its guided-missile destroyer USS Sampson arrived in the capital Nuku’alofa on Wednesday as part of a multinational effort alongside France, Australia, New Zealand, the United Kingdom, Japan and others.

“The multinational approach by allies and partners to assist friends in need demonstrates our shared values towards regional stability and security,” Navy Capt. Kyle Raines, the director of public affairs at U.S. Indo-Pacific Command said in a statement.

The British Royal Navy ship HMS Spey also arrived on Wednesday. The Australian and New Zealand naval vessels have also arrived in Tonga, and Canberra promised an A$3 million ($2.12 million) in humanitarian funding to Tonga.

Tonga has close diplomatic ties with China and is one of the biggest Chinese debtors in the South Pacific, with its financial reliance dating back to loans taken more than a decade ago to rebuild its capital Nuku’alofa after riots.

The United States and its Western allies worry that China is using debt to secure influence over these stratigically important Pacific island nations, claims China has repeatedly denied.

The Hunga Tonga-Hunga Ha’apai volcano eruption triggered a tsunami that destroyed villages and resorts and knocked out communications for the nation of about 105,000 people. Three people have been reported killed, authorities said.

The Tongan government has said the entire population have been impacted by the ash and the tsunami. 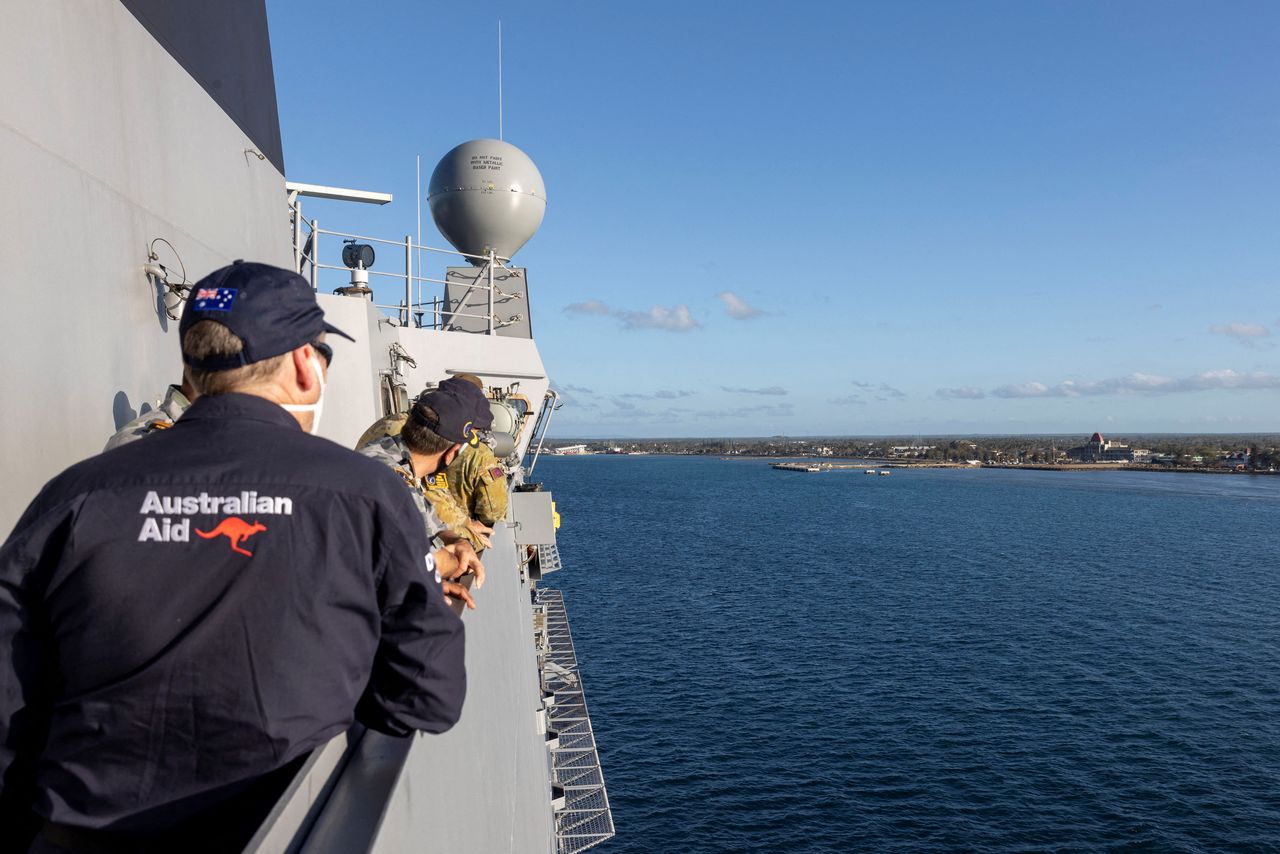 People stand onboard the HMAS Adelaide sailing into the port of Nuku’alofa as it carries disaster relief, after a volcanic eruption and tsunami devastated the South Pacific archipelago, on Tongatapu island, Tonga, January 26, 2022. Courtesy of Cpl Robert Whitmore/Australian Department Of Defence/Handout via REUTERS 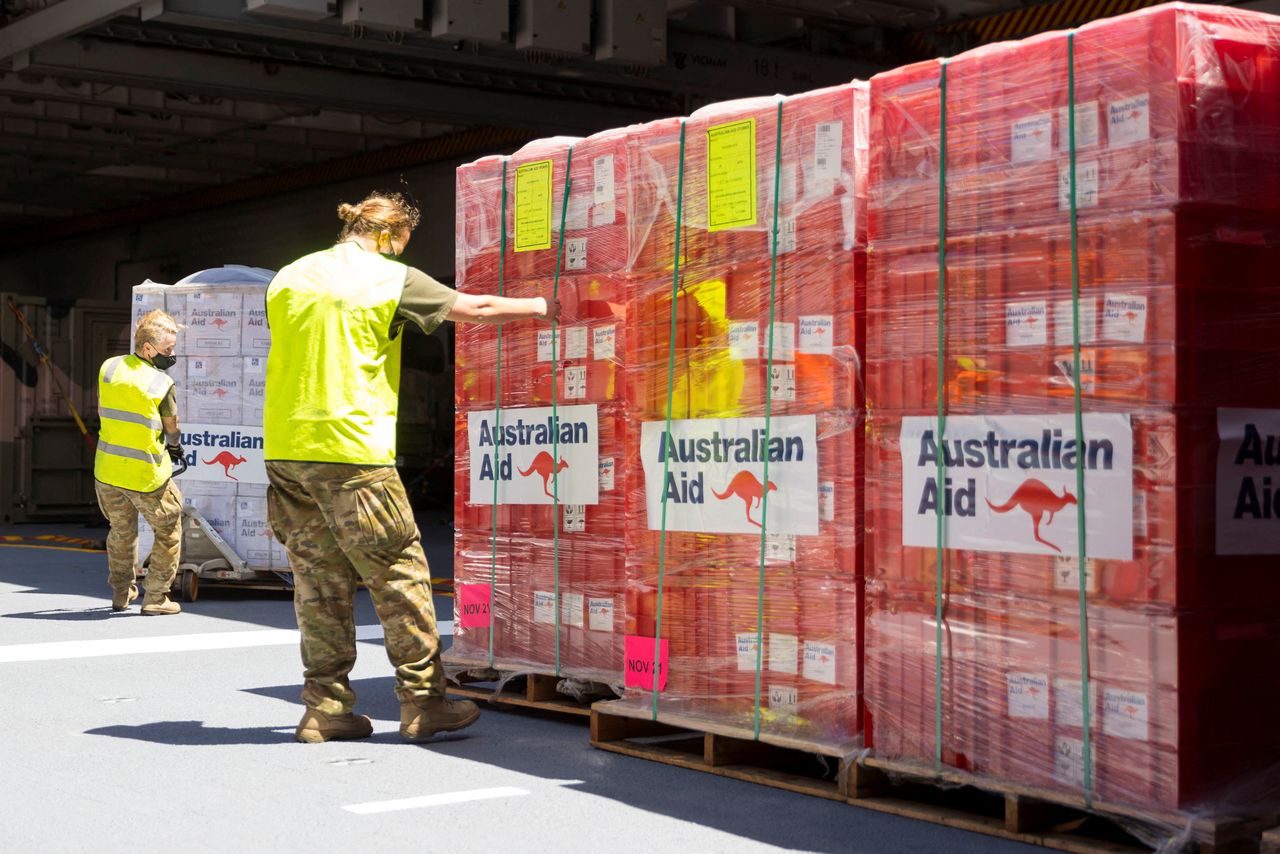 People prepare humanitarian aid as the HMAS Adelaide sails into the port of Nuku’alofa, Tonga, after a volcanic eruption and tsunami devastated the South Pacific archipelago, in this handout photo taken in an unknown location on January 26, 2022. Courtesy of Cpl Robert Whitmore/Australian Department Of Defence/Handout via REUTERS