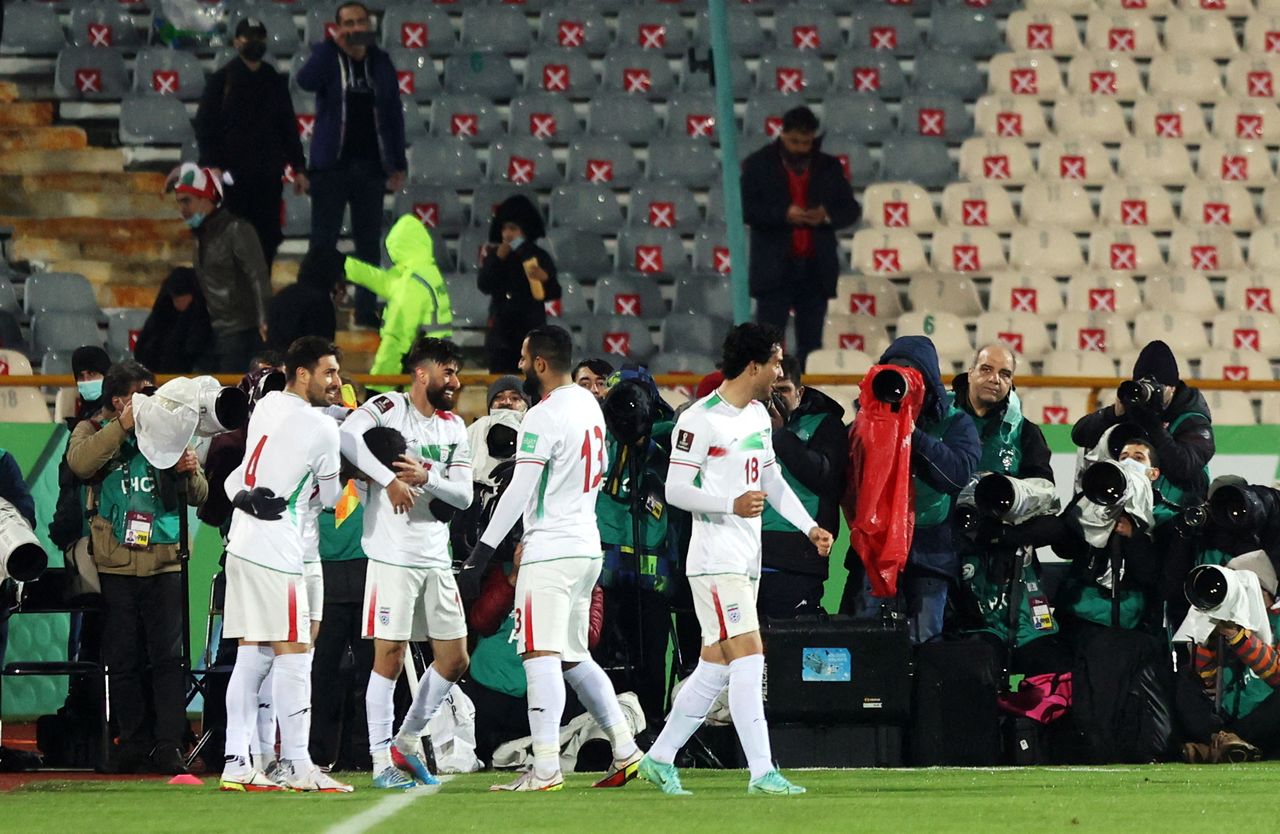 HONG KONG (Reuters) -The United Arab Emirates kept their slim hopes of automatic qualification for the Qatar World Cup alive on Thursday with a 2-0 win over Syria in Group A of Asia's preliminaries in Dubai.

Failure to defeat Tita Valeriu's Syria side would have left the UAE 11 points adrift of South Korea and out of the running for second place in the group after the East Asians claimed a 1-0 win over nL1N2U71M6 Lebanon earlier in the day.

But Caio Canedo scored two minutes before halftime to give Bert van Marwijk's UAE team the lead and Yahya Al Ghassani doubled his side's advantage 20 minutes from time to earn the UAE a win that puts Korean qualification on hold.

The UAE remain third in Group A, eight points behind the second-placed Koreans and a further two points adrift of Iran, who confirmed their spot nL1N2U720I at the finals with a 1-0 win over Iraq in Tehran.

Only the top two nations in each of Asia's two groups are guaranteed to advance to the World Cup, with the third-placed finishers facing off in a playoff for the right to meet a South American side for a possible fifth Asian berth in Qatar.

Paulo Bento's Korean side face Syria in Dubai on Tuesday knowing a win will take the nation through to the finals for a 10th consecutive tournament.

Iran became the first Asian nation to qualify for November's World Cup when a goal from Mehdi Taremi secured Dragan Skocic's side a 1-0 victory over neighbours Iraq.

Porto striker Taremi struck three minutes into the second half at the Azadi Stadium to leave Iran top of Group A and seal their spot in Qatar.

The win delivers qualification for a third consecutive World Cup finals for the Iranians, after appearances in Brazil and Russia, and the country's sixth in total.

In Group B, Saudi Arabia remain in pole position thanks to a 1-0 win over Oman in Jeddah that ensured Herve Renard's side cannot finish outside the top three in the standings.

Firas Al Buraikan bundled the ball over the line from close range three minutes into the second half when goalkeeper Faiyz Al Rashidi parried Sultan Al Ghannam's ball across the face of goal.

The Saudis move onto 19 points, four clear of second-placed Japan and a further point ahead of Australia as Renard's side guaranteed themselves the minimum of a place in the playoff rounds.

Australia thrashed Vietnam 4-0 in Melbourne while Japan downed a poor China side 2-0 at Saitama Stadium.