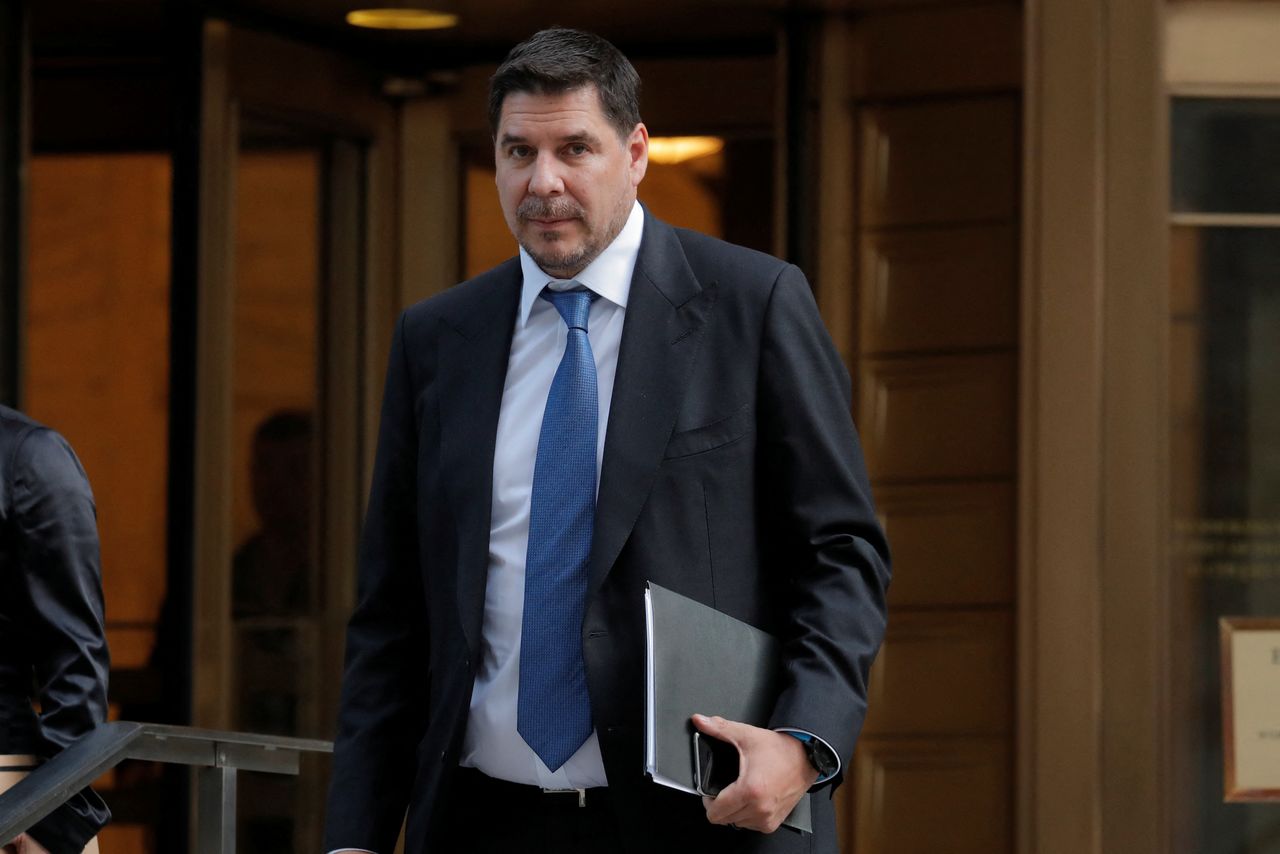 (Reuters) -Japan's SoftBank Group Corp on Friday said its chief operating officer, Marcelo Claure, is leaving the technology investor, in the latest blow after a string of high-profile departures.

The exit comes after a fallout with founder and Chief Executive Masayoshi Son over his pay, a person familiar with the matter said, requesting anonymity as the matter is confidential.

Claure, who was already one of the highest-paid executives at the tech giant after earning a pay package of $17 million in 2020, has been in talks to leave SoftBank for several months and may soon launch his own investment firm, earlier media reports indicated.

While Son has been unabashed about his willingness to pay to attract foreign talent, he heads a publicly listed Japanese company in a country where large payouts to top management are frowned upon by investors.

Claure, who has spent several years inside SoftBank cleaning up messy investments such as wireless carrier Sprint and office-sharing company WeWork, had expected to be paid billions of dollars in compensation over the years, while Son was looking to pay him a much smaller sum, the person said.

Son had discussed a potential structure that could have allowed Claure to be paid much more than his existing pay package, but he never committed to it in writing, resulting in a clash with Claure that led to his decision to resign imminently, the person said.

SoftBank and Claure did not respond to requests for comment on the matter.

The departure of Claure, one of the SoftBank's top decision makers along with Vision Fund head Rajeev Misra, underscores the uncertainty over who might succeed the 64-year-old Son.

Tokyo listed with a large retail investor base and a stake in telco SoftBank Corp but primarily focused on tech investing through its Vision Fund unit. With offices in London and California, SoftBank revolves around the personality of Son.

Nikesh Arora, a former top executive at Google, joined SoftBank in 2014 to eventually succeed Son but left in 2016 after Son decided to continue running SoftBank.

"They will miss his expertise on Latam investments and as a U.S.-based fixer but the latter is hard to quantify," Boodry said.

While framed by Son's soaring rhetoric about the group's mission to create "happiness for everyone", SoftBank has become known for its thrusting deal making and workplace politics as its investors scramble for position.

Claure's exit adds to a string of top-level departures from SoftBank over the past few years including Deep Nishar and Jeff Housenbold from the Vision Fund, with the latter leaving for compensation reasons.

Bolivian-born billionaire Claure rose through the ranks at SoftBank after the Japanese conglomerate's 2014 purchase of his company Brightstar, going on to become the top boss of Sprint which eventually merged with T-Mobile US Inc.

Claure also launched SoftBank's first $5 billion Latin American fund in 2019, at a time when no deep-pocketed investor had signed big checks for startups in the region.

He runs the Bolivian football team Club Bolivar and serves as the executive chairman of WeWork.